Hi, I’m Beanz and this is my M100RS Sirion build thread. I’ve owned this car for a few months now and while its been a lot of fun and surprisingly speedy on the local backroads, I have noticed several aspects that would benefit from modification. The most apparent of these is a lack of grip. Right now I have the car on the stock 14x5" alloys with a set of end-of-life Bridgestone Ecopia’s. While they ride nice, the rears squeal terribly anytime I apply throttle in a bend and the loss of grip on entering corners at higher speeds is pretty restrictive.

I picked up a set of crusty SSR Integral A2’s (ET40 15x6.5) off Facebook marketplace and spent a few weekends sanding, bogging and painting them. I then got them wrapped in a set of 195/50/15 Bridgestone Potenza RE003’s. 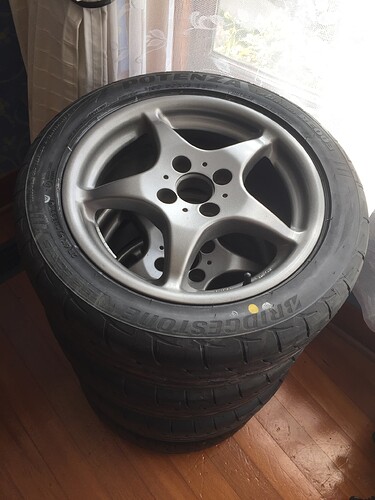 . When I picked up the wheels I only though to test the front fitment, thinking that if the front fit, then surely the back would too

. I did some digging here on L2D and found several posts confirming that I would need to either run spacers or take a Dremel to my suspension in order to make my rims fit…

I had previously read through Oropi_dai’s M100 Sirion build and remembered that he’d run 15x6.5 rims with a +34 offset and hadn’t encountered any clearance issues with his torsion beam, however he did say that he planned on shaving it a bit just to gain an extra mm or two of addition clearance. I had also seen that TPG was also running +34 15x6.5 rims on his beastly track M100.

Armed with this knowledge and some simple math, I figured that a set of 8mm spacers would alleviate my clearance issues completely without pushing out the rear track too much and introducing too many handling quirks. 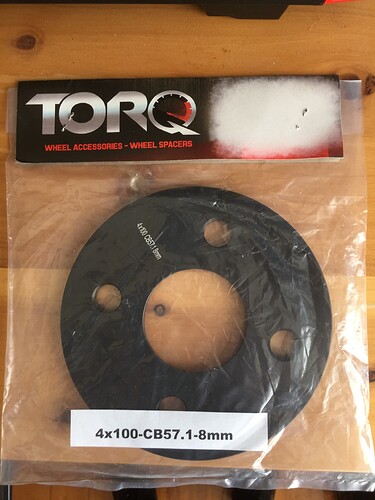 I test-fitted my rims with these spacers when they arrived and confirmed that I now had excellent fitment both front and rear. All that is left to do to get the rims on the car is install some extended stud bolts and get some new lug nuts.

Big shoutout to everyone I’ve linked here, super helpful having this forum to troubleshoot the issues I ran into. I’ve got the bolts and nuts ordered, so everything should be together within the next couple weeks.

Glad the forum info helped!
Do you have some pictures of the whole ride?
UPDATE: found your ‘welcome’ post , looking good!

One thing I liked was either LED indicator globes or there are some that have a metallic finish on the outside, but still light up orange. Installing these takes away from the “oranging” of the upper part of the headlight.

Thanks for the kind words

Your GTVi is bonkers and I will be shamelessly copying what you’ve done.

Hello, been a while since my last update but here’s the progress on my GTvi. 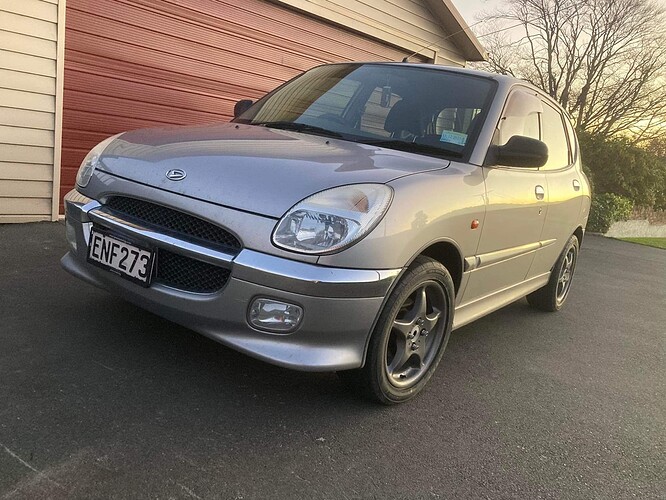 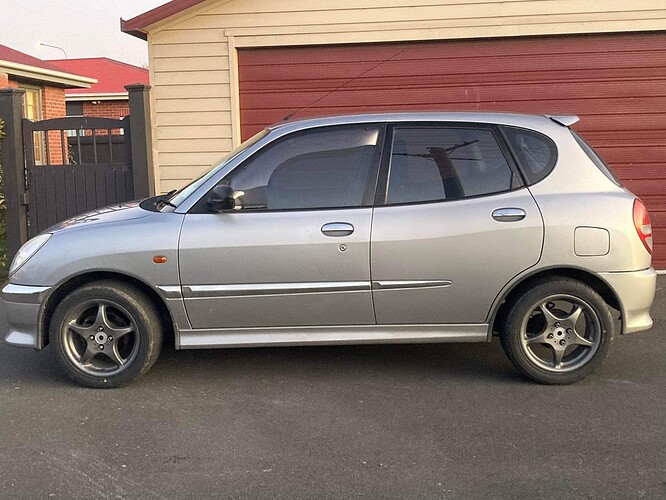 I actually got the wheels & tires on back in July, but haven’t had time/been to lazy to post and update due to new job/finishing degree/moving house. The car drives great and the increased tire size has noticeably improved the gearing for general day to day driving. Third is far taller now and feels way torqueier, sitting at exactly 2K @ 40km/h, 2.5K @ 50km/h & 3K @ 60km/h.

First gear is also far more useable and I am able to rev out to 6.5K in the dry whereas before even in good conditions the wheels started hopping badly at about 4K.

A couple weeks after I got the tires on I also added the same extended stud bolts to the front hubs as there wasn’t quite enough thread engagement on the stock studs for my liking. I might be crazy but I swear the car has noticeably increasing steering feedback now??

Next on the agenda is a set of lowering springs and then possibly a gearbox rebuild as I think the synchros on 1st and second are on their way out. I’m also on the fence about a D-Sport LSD, and would appreciate any advice on whether it’s worth it or not for a car that’s predominately driven to and from work.

There is a good discussion on lowering springs and pro/con of an LSD here:

Fitting an LSD to a M100 Sirion Questions and Answers

This is more of an idle ponder than an outright question, but here goes. I have noticed that on wet roads particularly, my M100 Sirion Rally 2 when driven enthusiastically is quite capable of spinning up an inside tyre as it scrabbles for grip. I have a full set of almost new Toyo Proxes tyres in 185/60r15 size fitted to the factory wheels. I imagine a combination of light weight, relatively wide tyres (so weight is spread out over a larger contact patch) and open differential is conspiring to…

My opinion is, that I wouldn’t want to daily drive my sirion with its LSD and suspension as it is day to day on the streets. I would look elsewhere first for driving/handling performance on the streets before getting an LSD. Shocks, Springs, suspension Bushes, Sway bar(s), chassis bracing, changing the drivers seat position can change the feel, shifter bushes.

Other gear-related benefits would be a change to the gearset or final drive. For a street driven car you may not want to go too low a final drive as you’ll be at higher rpm when cruising at 100km/h. But there are a few options out there, and let’s be honest the factory gearing is aimed at economy.

Thanks, will hold off on an LSD and will heed your advice and pick up bushes & springs next. After that I think Ill go for a set of Compact Motorsport’s performance cams and then call it there for the time being. I’ll be heading to my first track day at Ruapuna circuit this summer so hopefully ill have an update for you before long.

I replaced the bushings on my M101 Sirion with PU ones from siberianbushing.com, I got the full set - front ARB x6, front bottom arms x 2, rear beam x2 for about £60 delivered. They are stiffer than standard rubber, but not ridiculously so. Its still compliant over poor road surfaces. The front bushings are easy to change, I paid a garage to do the rear beam ones and glad I did, apparently they were a pig of a job to do!