Hi everyone from palm springs Ca USA, I just purchased a 1995 rocky that was imported from germany. Its missing one thing A/C!!! I live in the desert so i really need it here to use the truck most of the year. IT’s 106 today!! even sept 30. Im looking for all the parts it would take to install a/c in the car. Since this model was never imported to the US past 1992, and only with gas motor, I really need help. or suggestions. I did locate a complete system down under but its from a 1988. Don’t know if it would work in a 1995? Any help with this project would be really appreciated thanks

I just purchased a 1995 rocky that was imported from germany.

I would start by isolating the specifics of the unit you have.

All Daihatsu Rocky-Fourtrak F73 versions offered for the year 1995 with complete specs, performance and technical data in the catalogue of cars.

Become aware of the different naming they had for those units;

The Daihatsu Rocky (Japanese: ダイハツ・ロッキー, Daihatsu Rokkī) is an automobile nameplate used by Daihatsu for their lineup of SUVs. The nameplate was originally used as a ladder frame-based mini SUV that was sold in Japan and some international markets between 1989 and 2002. It was gradually replaced by the introduction of Terios in 1997. Beginning in 2019, the Rocky nameplate returned to Japan as a subcompact crossover SUV that replaces the Be‣go and is also rebadged and sold under Toyota brand as ...

and then we can find; The Daihatsu Rugger (Japanese: ダイハツ・ラガー, Daihatsu Ragā) is an off-road vehicle built by Daihatsu between 1984 and 2002. The Rugger was also called the Rocky in most export markets, and Fourtrak in the United Kingdom. It has also received a series of different names elsewhere, which is why it is often referred to by its model designation (F70 for diesel variants or F80 for petrol variants) to distinguish it from its various siblings. In Japan and the US, the Rocky name refers to the smaller F300 s...

Once you isolate the specifics of your model then come back - maybe even grab as much specs as you can from the body plates, etc.

A consideration would also be to contact any known A/C places around your area to see if they have a generic unit that could be fitted; 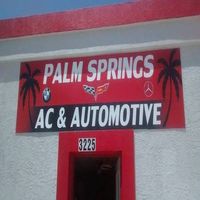 Palm Springs A/C and Automotive. 193 likes. We are a full auto repair and transmission shop.

While I can’t say for sure, my experience with Dais outside of the Rocky is that the under dash items will mount. Someone here will know for sure I am certain. Please throw up some images of your Rocky and tell us a bit about it (do this in the introduction section).