Now i’ve finally settled (after moving twice). I can finally get back to work on the old girl.
This past week we drove her halfway across the country to get her home. She made it in one piece.
However, my uncle noticed something i’ve never noticed until he told me. When in ‘‘D’’ the transmission is always in second gear, but when you put it in ‘‘L’’ first gear does work.
In other words… The transmission needs a rebuild. Luckily i’ve got a fixed up transmission at my moms place.

After we drove her home i started pulling the engine and transmission.
I knew i’d find a couple of leaks on the engine. But i didn’t expect to find so many that i now ask myself ‘‘where doesn’t it leak?’’.

This is how she stands right now. 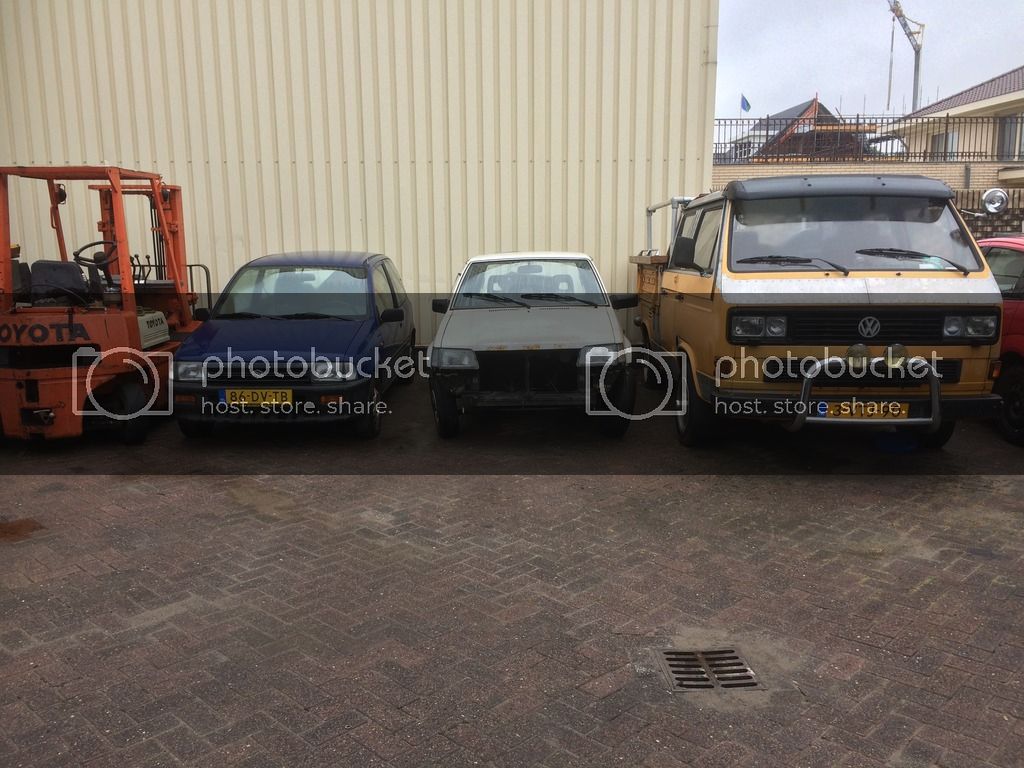 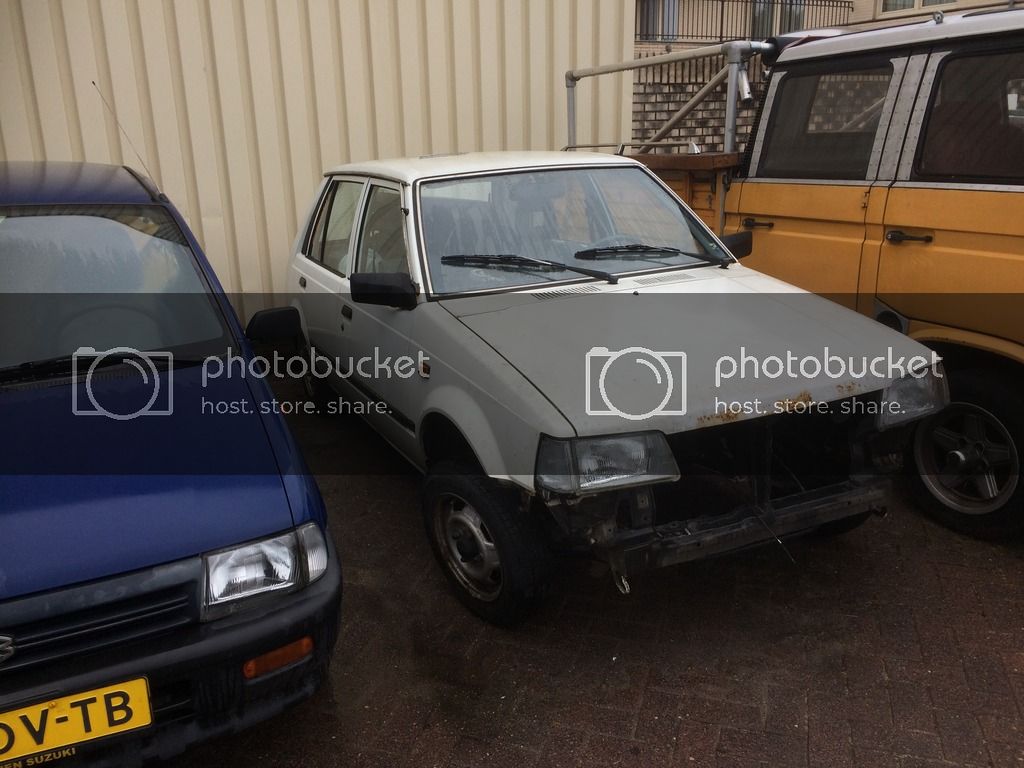 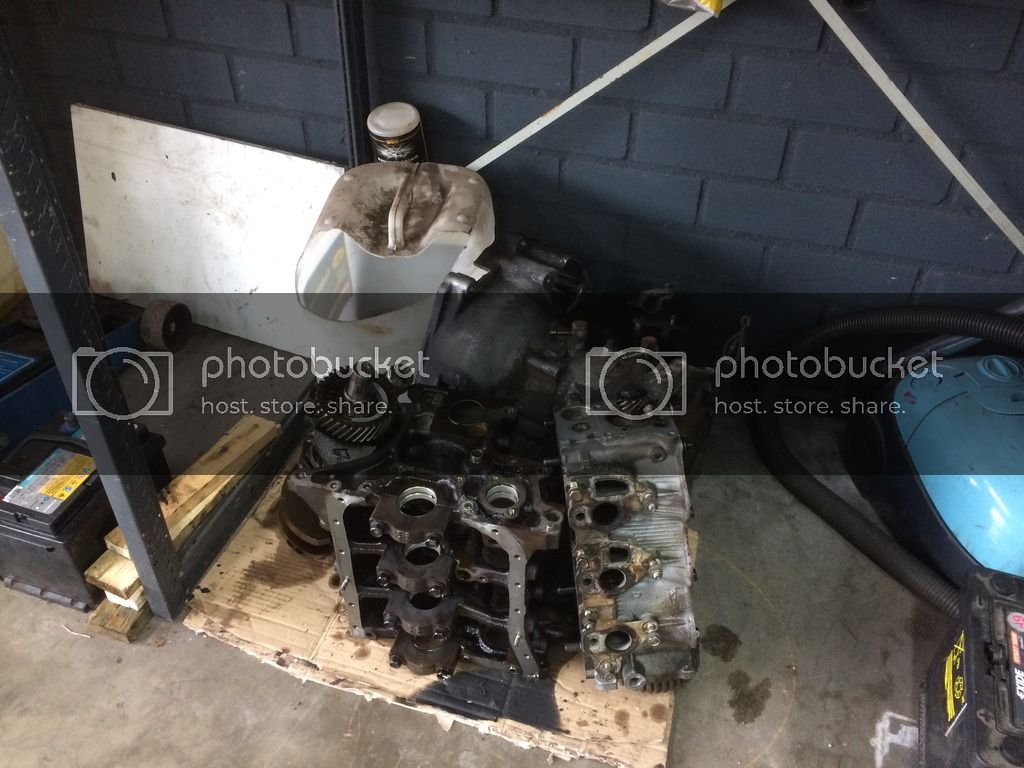 And here is the shop from my uncle in case you’d like to know. 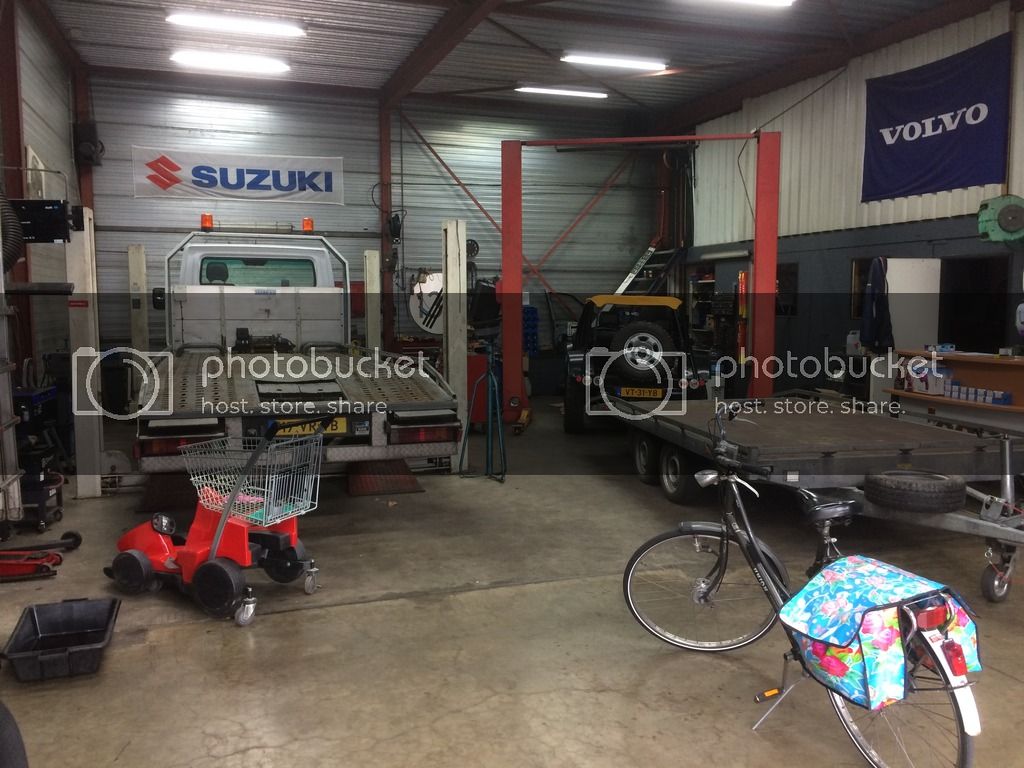 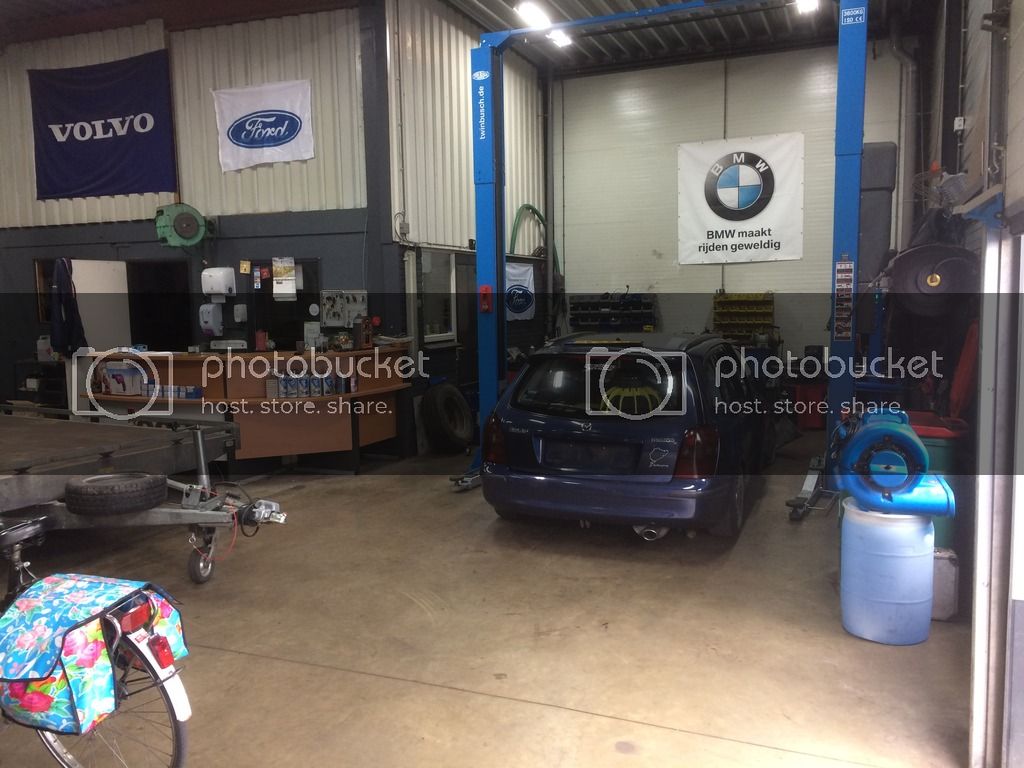 As parts are becoming impossible to find i’m not really sure what to do with her.
These were my ideas…

These were a couple of things that popped into my mind. Don’t really know what else to do.

I could make her a hauler, crosser, daily (for as long as i can keep her running) or something else!?!?

I’d love to hear what your ideas or opinions are!!!

I would agree with Mr G on this one.

I went along the drive until it drive no more with my L60, then the power bug bit. Now it’s in pieces. Don’t worry about power. Replace all the bushes and drive the wheel off it.

I’m thinking about using her to haul stuff.

Nomatter what i choose to do there are a couple of parts i need that are no longer available.
Like…

Also a lot of the parts that are available are expensive as hell.
And some of the parts they claim to have in stock here i’m pretty sure they do not have them.
Like bearing shells and piston rings. Which i need to fix the engine.

But the most important things are the strut tops.

I’d love to hear what your ideas or opinions are!!!

Have done a quick google search on your strut tops and am still not sure what they look like. Do you have a pic? If I have something I could send for the price of postage.

That is a big list, be sure you really want to keep it going before you poor to much money into it.

I can’t seem to find any pics of it. I thought made a couple but apperently i’m mistaken.
I’ll take a couple of pics and some measurements tomorrow.

What strut tops have you laying around?

I’d love to keep her till the day i die. That’s how much i like this old car.
But i don’t think that’ll happen.

I’m not really sure on what to do.

Wanting to keep it to the day you die is not something I can argue with. I have a Subaru Liberty Wagon that I feel the same way about. So let’s see what we can do to help out.

I have lots of Daihatsu Sirion and Mira tops which are almost identical two stud set ups (plus Subaru ones that have proper bearings and are three stud). Pics will help or else someone here might know better than me.

I have some unfortunate news.

I’ve decided to part out my beloved girl.
It’s just getting out of hand. I’ve done a proper check today and there’s just too much worn or broken.
Plus there’s rust everywhere and everything is banged up and crooked.

It’s really hard for me, but i believe it’s the best choice.

In case any of you guys are interested in parts just let me know.

Sad news. Probably for the best. Time to let her rest.

Today i was looking for ideas on what to do with my new car. Then i kept seeing another car i’ve wanted for like over 10 years. So went to see what that would cost me. And a little later i found myself looking what the average value would be for a G11. Not long after that i found a G11 Turbo (most likely without engine and transmission, i’m not sure cause my Polish ain’t that good at all). But still i’m very much interested. Especially cause i don’t want to live without a G11. 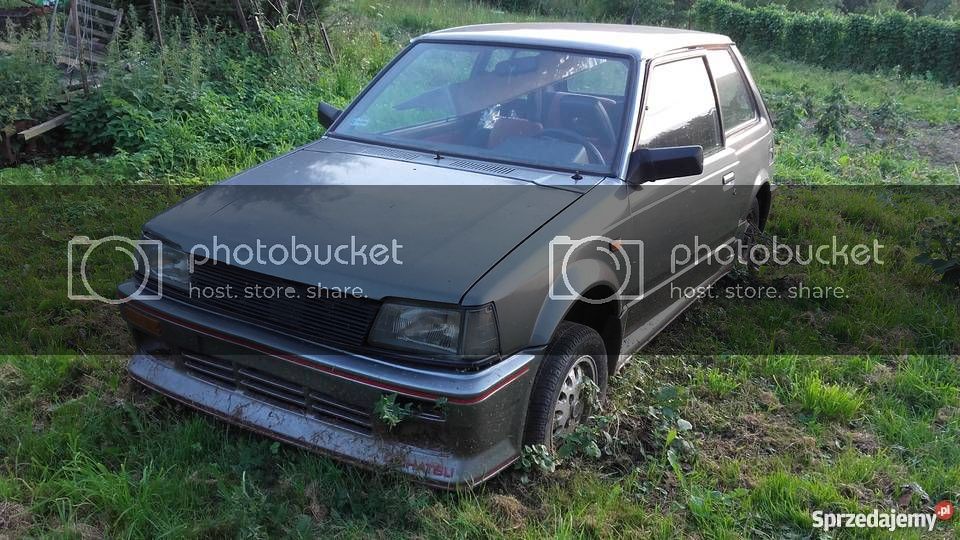 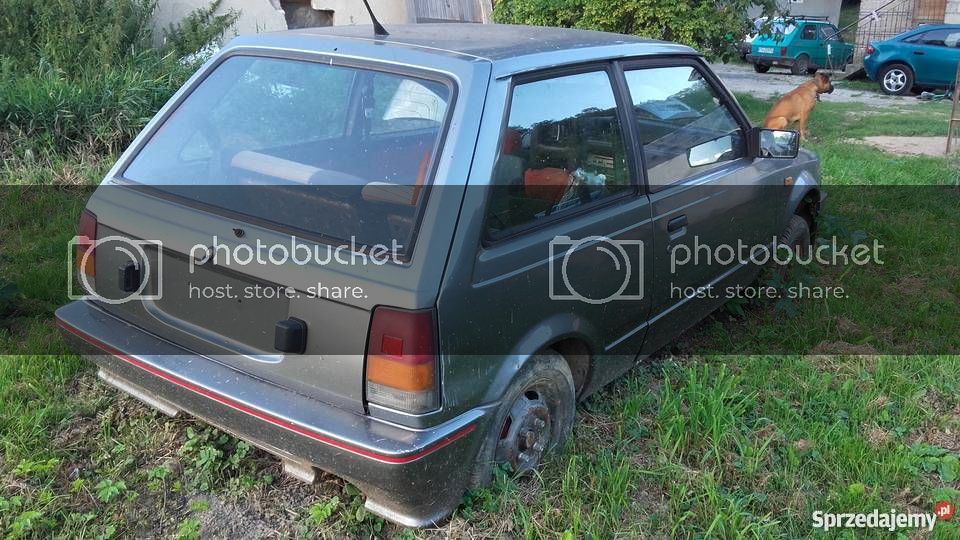 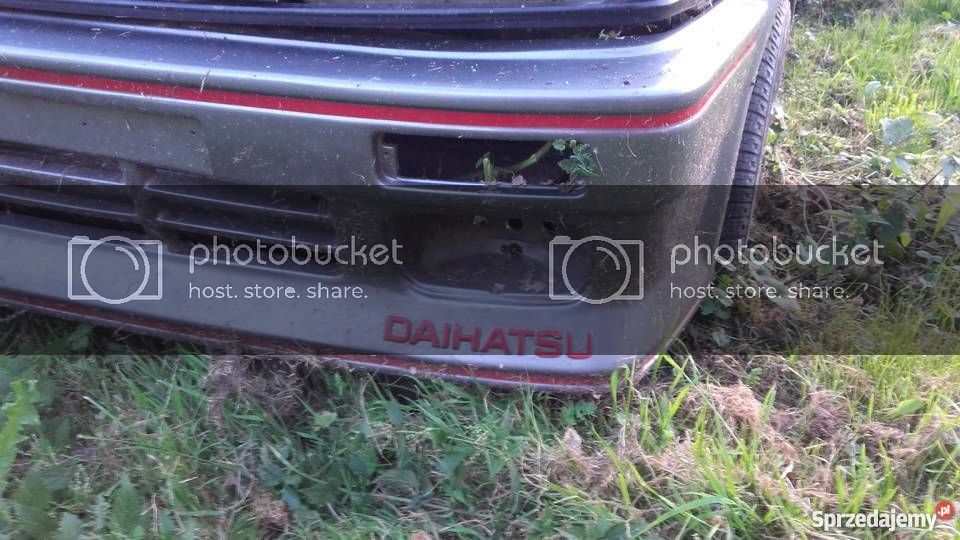 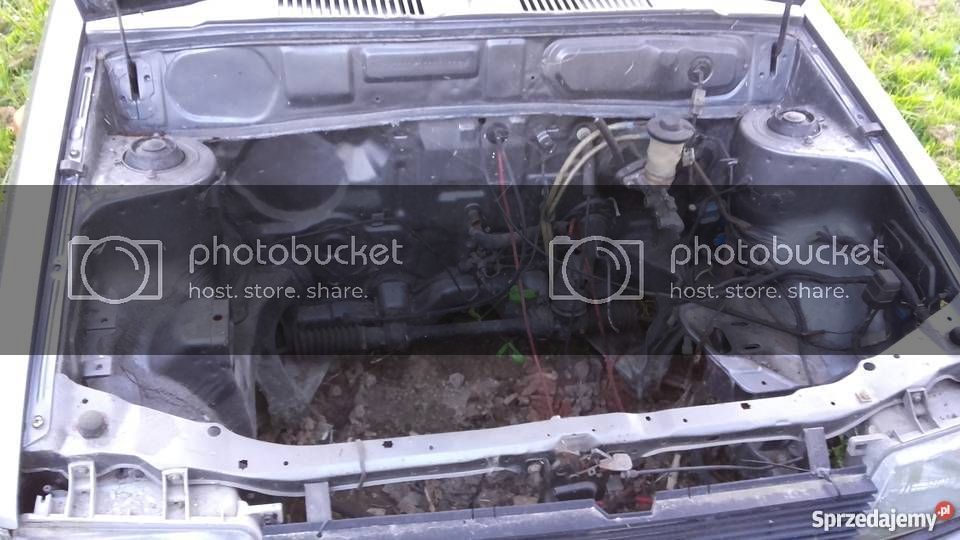 Honestly it looks in better shape then mine.

do up the turbo one and keep yours for spares, that front bumper is where the money is at. the price of G11’s here in Australia seems alot cheaper than over there, anywhere from about $400 upwards, and there are people that would pay that just for your front turbo bumper