Another Dutch guy with an L7

I’d like to introduce myself to the forums. I’m Tom, 22 y/o from the Netherlands. I have been involved with the Dutch L7 Club for quite some time now and have always dreamt of owning my own L7.

Last year I had a baby blue Daihatsu Cuore as a temporary vehicle when my Honda Civic got declared unworthy of the roads by the cops :). After I got the Civic making less of the fart noises I got that one reregistered again. I then sold the baby blue Cuore to a friend of mine since I didn’t think it was smart to have two cars as a student.

Well, almost a year later here I am again. Bought my second Daihatsu Cuore from a fellow enthusiast. This time in red/pink/etc!
I still own the Civic, but I’m going to be driving it less since I’m using the Cuore as a daily now. It also has air conditioning, which is a nice treat for the coming summer.

Even though it should be a cheap daily/beater I must (un)fortunately admit that I have already caught the modding fever. Since the couple of weeks of ownership I have put my old plastidipped Civic rims on it, fitted some nice LED projectors and installed a pair of sex-spec taillights. I also have lowering springs on the way. Lets say that I have had enough plans build up during my last years of lurking that I now need to release 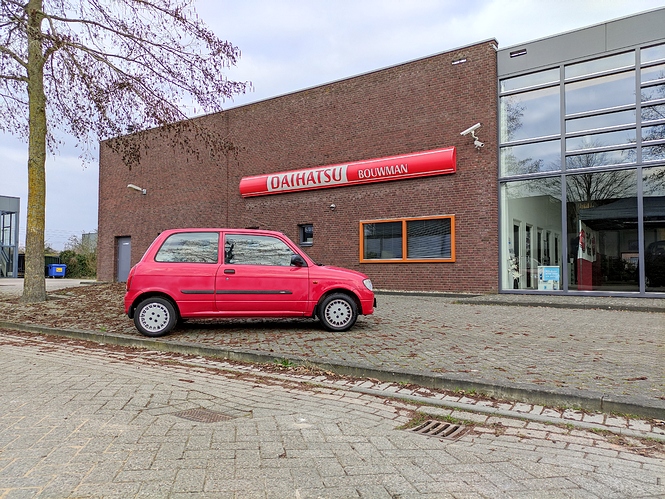 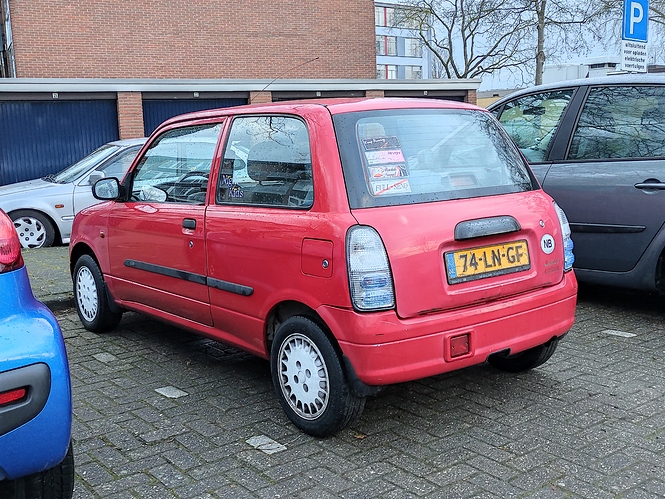 Fun fact: I also made my mum own a Cuore. She bought one that a mate of mine used to have. Here a picture of hers and mine together: 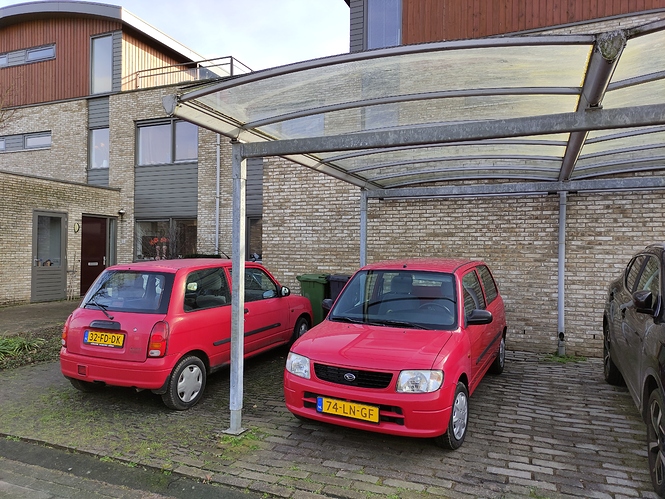 And one from the time I when I had big regrets of selling the blue Cuore, my Daihunda: 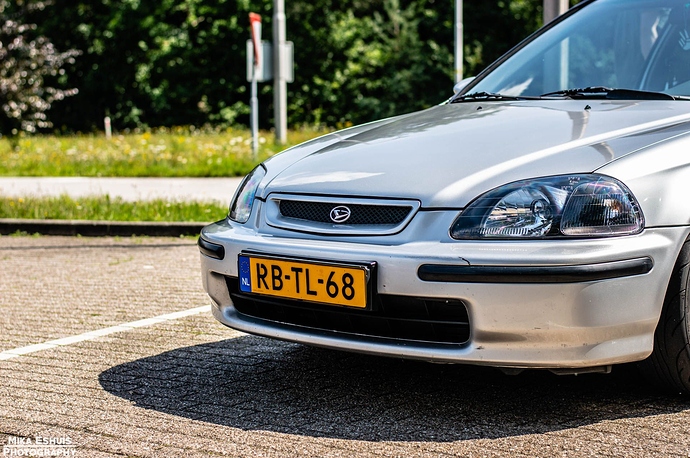 welcome tom I see you have caught the Daihatsu bug. Seems to be the modify strain. Nice intro and nice L7

Welkom! Its a shame that red turns to pink after some years. Always kept me from buying a red one. Have fun with it