Hello everyone!
Here is the story of my second L60 Cuore. It has just started and I’m not sure if I can follow through with it until the end, but I’ll share it nevertheless.
Last year when buying my first L60, the sellers told me that they have another one buried deep in their shed since 1989. I did not think much of it, because one project car is plenty for me as a uni student with limited budget and very limited wrenching skill. 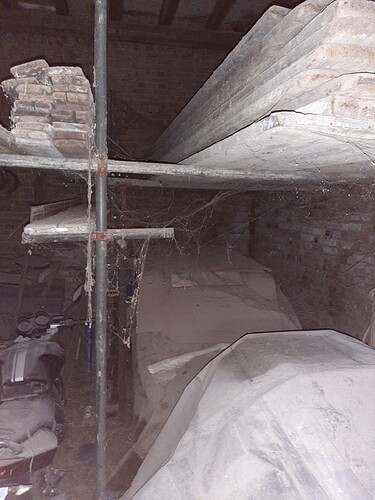 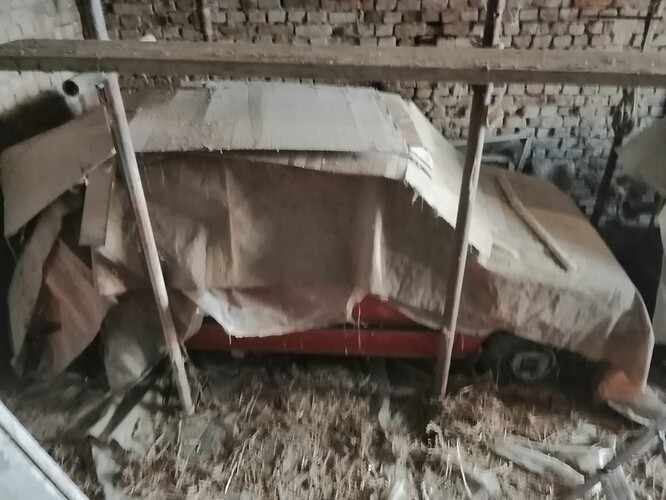 They started the cleanup of the shed a few months ago, dug it up in the process and decided to give it to me. To either save or use as a parts car for the other one. I could not say no to that, although the condition was completely unknown. 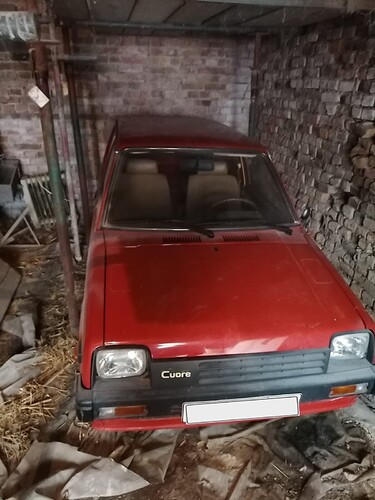 It took them a lot of work to be able to access it and get it out of the shed, but it was finally free and I picked it up yesterday.
It is an L60, first registered in 1980. The weird thing is, that it does have a 612ccm engine (albeit restricted to 250ccm) but also drum brakes in the front and 10" wheels like the L55. It has only ca 6300km on the odometer, which is just incredible!
Condition wise it is in pretty decent shape for being stored for over 30 years, at least from what I can tell so far. There is some rust on the sills and on the bottom of one door, but the Interior and engine bay look like new, especially the strut towers. The exhaust is completely gone, it’s shows signs of being patched up back in the day already. The brakes still kind of work, which is surprising and the ancient tires do hold some air. It unfortunately has one dent in the front fender, where something must have fallen onto it at some point during the years.
It has been restricted to 250ccm by fitting a smaller carb and air filter and disabling one cylinder.
Unfortunately I did not have the time for a thorough check yet, since I am currently busy with work and uni, but I will share my findings with you along the way! 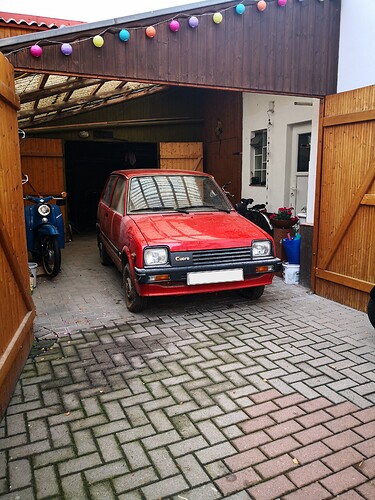 Wow, looks clean and pretty straight. 250cc, what was the legal need for that? Interesting. So so interesting.

What the seller told me is: There once was a regulation, that you could drive cars up to 250ccm if you had a motorcycle license from before 1957.
Apparently around 1989, when east- and west Germany merged again, things had changed, allowing her father to drive the unlimited version, so he bought another L60 instead of undoing the conversion. He put this one in storage and never took it out.

wow what a find congrats

Looking through the paperwork that came with the car, I found the original receipt and a card with paint colour samples!
Apparently it was bought new at a Mazda dealership in 1983 (I think I misread 1980 as the date of type approval before, first registration was 1983) and cost a whopping 12,395 Deutsche Mark back in the day. That would be 6,337 € / ~10k AUD/ ~7,5k USD without adjusting for inflation!
The base price was 9,295 DM, as I know from a price list that I bought online, so the previous owner paid quite a hefty premium for having the displacement reduced and the power restricted. 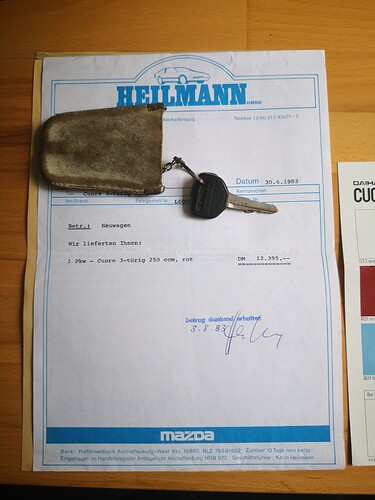 I like this kind of automotive archeology, I wonder what those cost in other markets. 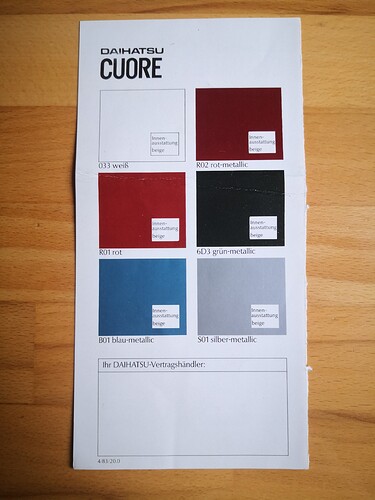 Apparently the car was available in dark green, but I have never seen one or even a photo in that colour. Those must be incredibly rare.

First shipment of parts has arrived and my exam session is nearly over, so I will soon attempt to bring good ol’ Barney back to life.
Since I am quite inexperienced, what would be the things you guys would start with?
Obviously all belts, filters and fluids will be changed and I’ll replace all the vacuum and fuel lines I can.
What are the things an experienced wrencher would have on the to do list on a car that sat for 30 years?
All input is highly appreciated

I’m not sure whether or not you’ve tried already, but I’d suggest you start by putting a wrench on the crankshaft pulley and see if the engine actually turns. Also check underneath the valve cover for any sludge, and make sure to ‘free’ all the parts that have gasses or fluids flowing through them. So no dirt & debris in the intake or exhaust manifold, or in the carburator/injector thingies etc. I wouldn’t say I’m an experienced wrencher, but those are the things I’d do (and am doing with my current ‘hasn’t run in a while’-project). Good luck!

No real news on reviving Barney, since I had to move 400km away from home for an unexpected internship opportunity at a sports car manufacturer in Stuttgart, but here is a few more photos I took of the L60 that I want to share nevertheless.
What made me very happy was to see all the original details. It has the original floor mats, the tool kit, spare and owners manual. Even the battery appears to be the original one, judging by the Japanese writing on it. So far the only missing parts are one mudflap and the parcel shelf, that the previous owner found and I need to pick up.
Just look at how clean the engine bay is! The rest of the car is still quite dirty though since it was transferred in a time crunch and circumstances didn’t allow me to do any cleaning yet.
There is a massive coolant leak from the radiator area that I will have to investigate further. I managed to source a replacement left tail light, since the one on there is cracked. There is rust on the right door and sill but it appears to be fixable.
Under the hood you can see the Weber carb that is part of the 250ccm conversion. It still has two spark plugs, so it appears that there maybe still is a second piston in place. Will take some investigating to identify all the changes.
Have a look at the photos and let me know what your impressions are! 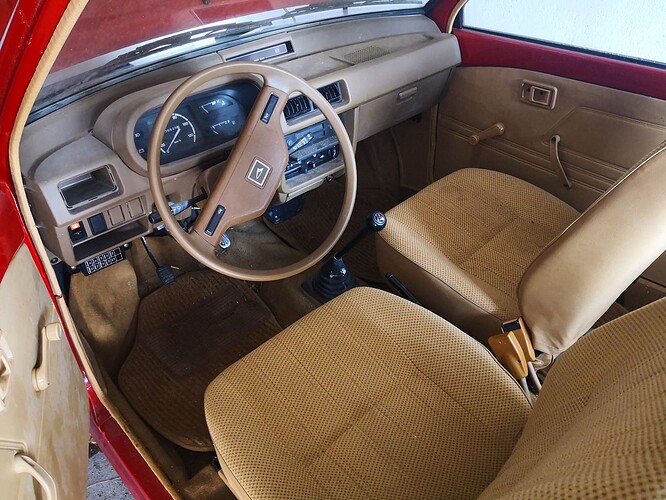 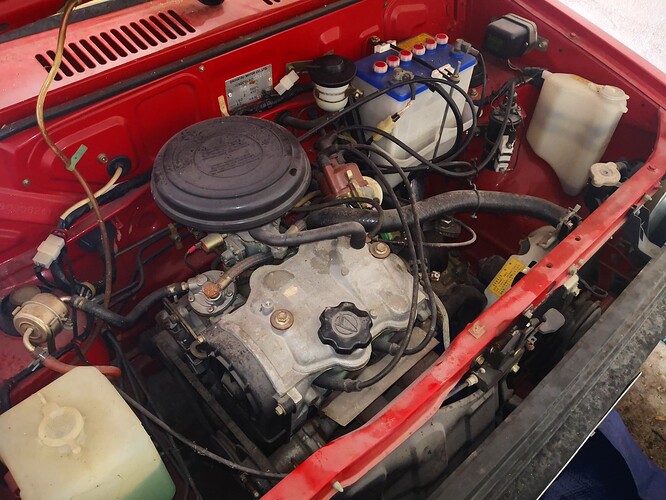 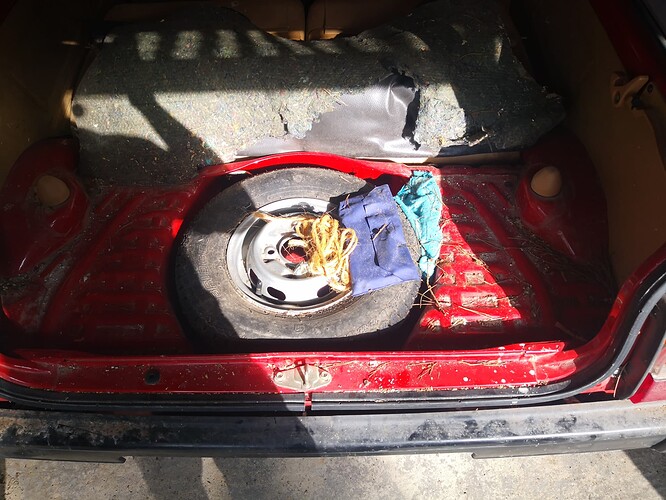 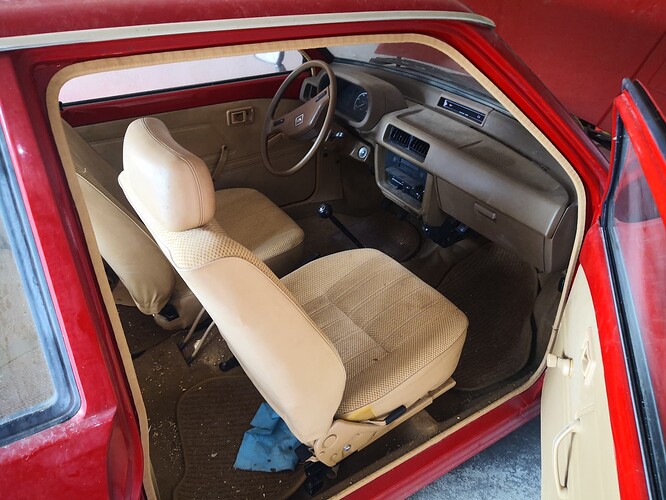 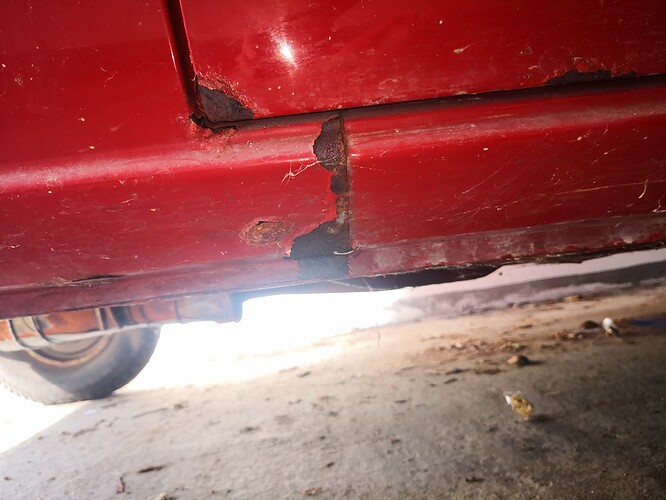 Wow, the condition is impressive.

Bad news on the barnfind Cuore project. I’m getting kicked out of the garage it is in, and I only have time until Christmas to figure out what to do…

I’m feeling like I am in over my head with two L60s, very limited budget and no time to really work on them…

There are a few options now, I’m not happy with either one:

This situation sucks big time. At least due to the covid situation I’m back in town doing home office, so at least I am not 500km away currently and can take care of things.

What do you think is the best thing to do?

I wish I could offer you my place here, but I guess that’s still a long drive and I still have the Blyatsu standing on jackstands

I think I’d go with option 1. Best to have 1 good L60 than 2 semi-okay examples I reckon.
Good Luck, I hope it all works out!

I know that issue you have having. Certainly sucks big time. Been there myself and currently have a car sitting at work for a few weeks that I hope goes unnoticed. Locked out of work for the holidays and admin on our backs about personal stuff (they decided that despite doing things like bringing in my own engines for students to work on it’s a “no-no”. Certainly didn’t do it for free labour, quite the opposite, always ends up more work having to remove broke off bolts, fix threads and replace lost/damaged parts. I hope you find a solution or find peace with whatever becomes.

Running out of room and having too many was why I got rid of My L200 budget track car. Now I can focus on my trailer, Mr G’s L200 and my swift comes in last for some reason.

Went to the car today to put back together what I had taken apart and to clean it up a bit.
It’s in such a nice condition and definitely salvageable. I don’t think I have the heart to part it out or scrap it, also it does not make that much sense, since it is a slightly different interior and exterior color than my primary Cuore.
I think I’ll be trying to find a new home for it, just look at the sad little thing 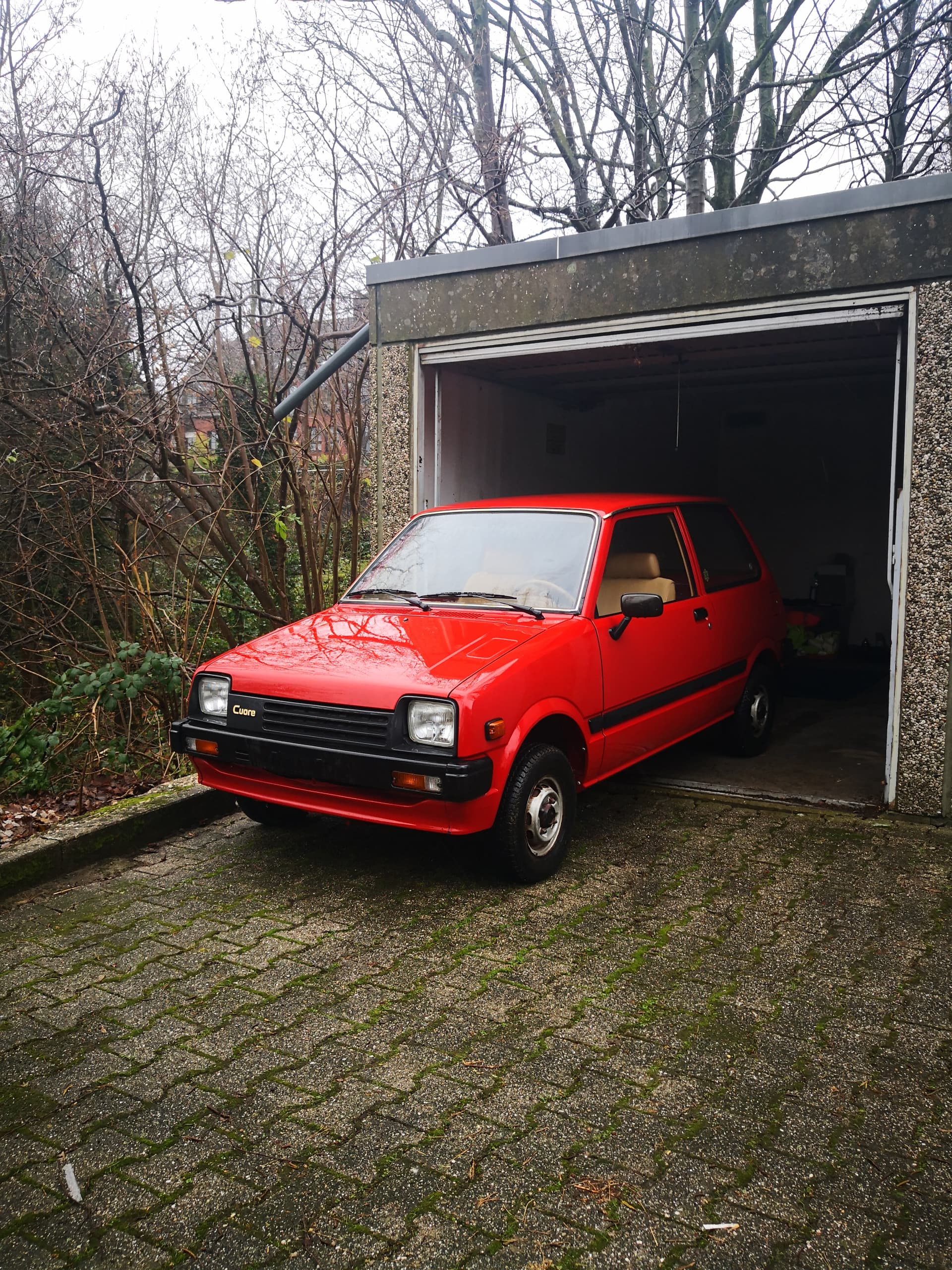 Barney is now officially for sale at 1000€, will preferably sell him to a Daihatsu enthusiast, if anyone is interested

I wish I had the space for it