The Daihatsu C-series engine is a range of compact three-cylinder, internal combustion piston engines, designed by Daihatsu, which is a subsidiary of Toyota. The engines range from 843 to 993 cc and have been manufactured in petrol and diesel-driven series. They have cast iron engine blocks and aluminum cylinder heads, and are of either SOHC or DOHC design, with belt driven heads. The engine first appeared in the all-new Daihatsu Charade in October 1977, in “CB20” form.

Most common is the 1-liter CB, which was also available as the diesel CL. There is an 843 cc version called the CD and the extremely rare 926 cc homologation special called the CE. 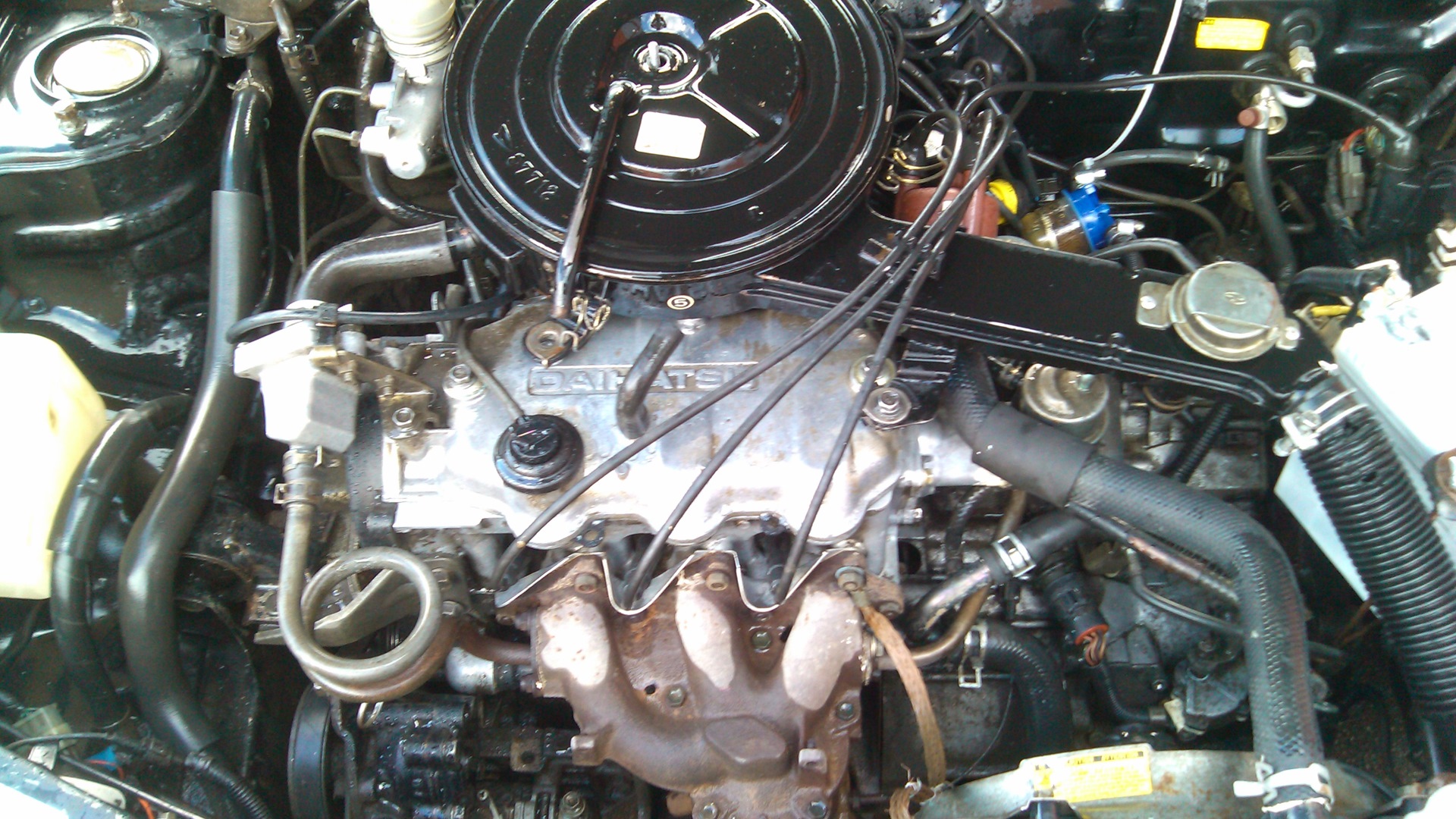 It was also fitted to the Daihatsu Hijet, sometimes referred to as the “Daihatsu 1000” when equipped with this engine. It was fitted to the S70/75/76 and S85 models. Italy’s Innocenti also used this engine for many variants of their Minitre/990/Small range of cars. De Tomaso was also the first to turbocharge this type of engine, first for a Daihatsu show car and later for the Innocenti Turbo deTomaso.

could be the USA only version called a CB90, basically a cb233 with efi because of the anti pollution laws

@darkaxi0m the benifet of the wiki, anyone can edit it and make changes