Like a lot of people, my working hours were affected by the covid pandemic and I was cut down to 3 days a week.
I hate sitting around and get bored easily so cleaned out the garden shed where I store spare parts and came across the remains of the Detomaso front bumper that I had previous modified to suit a G200 Smiley Charade 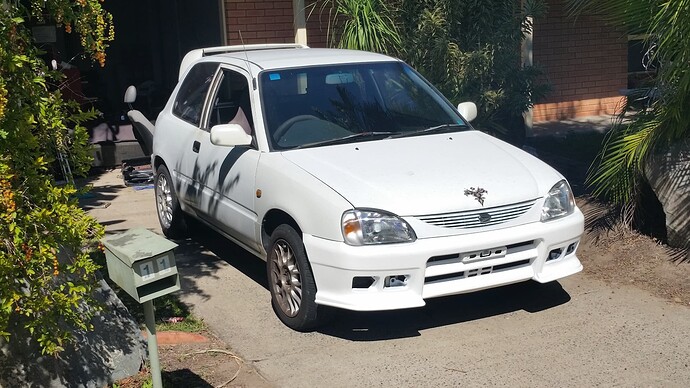 but alas it came to a nasty end 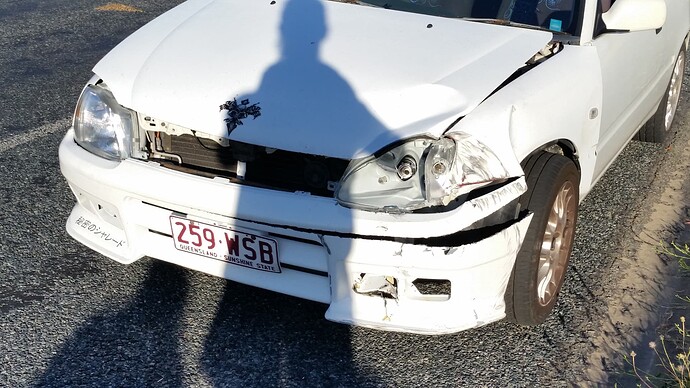 I looked at it then wondered how hard it would be to modify it to fit an L200 Mira and having a spare Mira bumper that had seen better days, I started cutting and shutting both together with no real idea what I was doing but having a vision 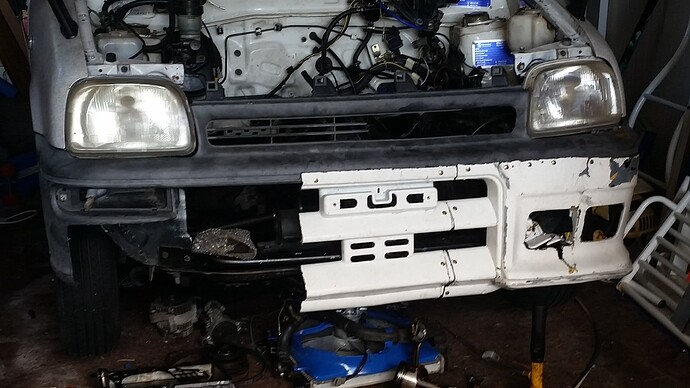 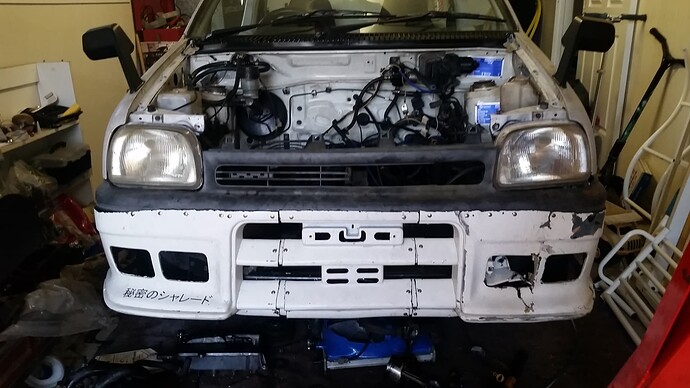 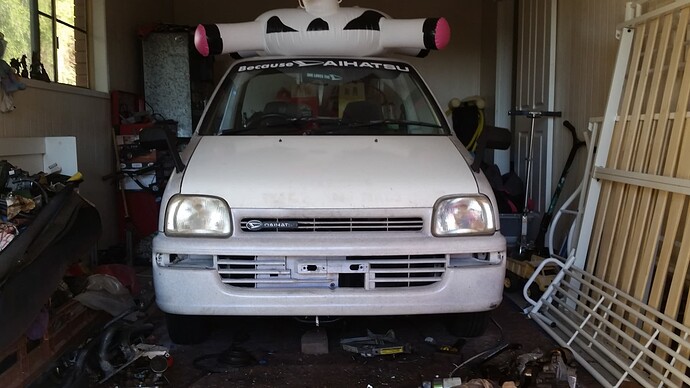 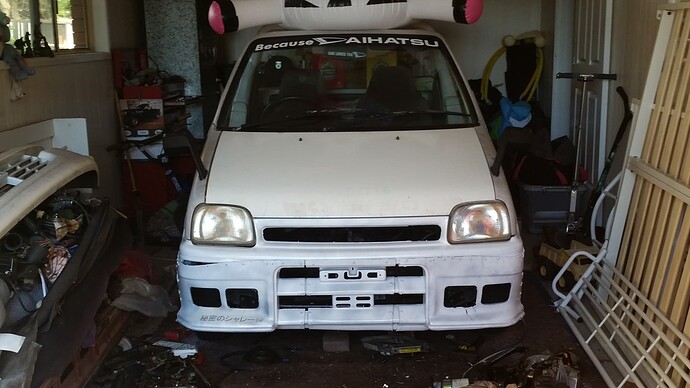 Screws held it together and marine grade white Sikaflex was used to stick it all together. After the sikaflex had cured for 48 hours the screws were removed and the process of filling in all the holes and joins with body filler began 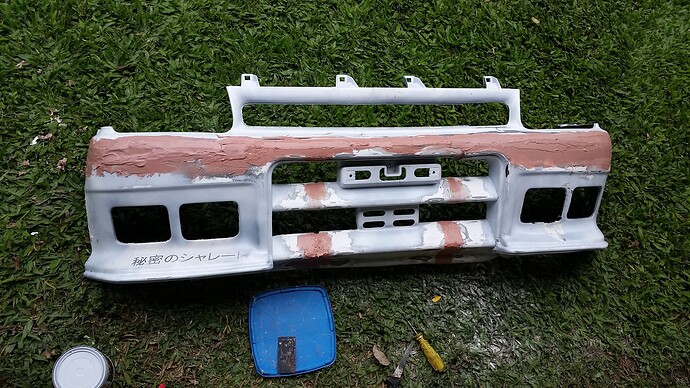 It was around this stage that I thought I would get it as good as possible and use it as a cast to make a fibreglass mold so I could make the actual bumper out of fibreglass. Searching the biggest learning platform there is ( Youtube ) I watched a few tutorials on this channel

and thought it looked easy, nice and straight forward with no rubbish, even for a beginner 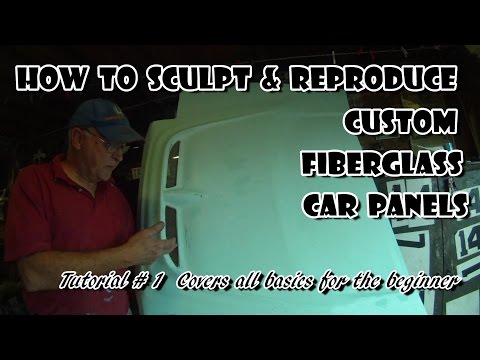 I wasn’t too sure about the grill opening and so modded a piece from another grill to fit, holding it in with more sikaflex

After a final fit and last minute touch up sand

20220105_2036571920×864 202 KB
it was time to get down to business, 3 layers of mold release wax were applied followed by PVA Release Agent, then a piece of modelling clay to act as an edge for the side as it is a 3 piece mold ( explained in the video tutorial series) white gelcoat brushed on and the first fibreglassing that I have ever done had commenced

3 holes were drilled in both joins and the 3 pieces were bolted together, joins and holes filled with body filler, the whole lot given 3 coats of wax and pva release agent ( I Really do like that blue

causing said reaction. I decided to let the resin cure, then re-gelcoated the entire lot before starting the fibreglass again
The plastic that surrounds the indicators in the Mira bumper was cut out and fibreglassed around to as 2 of the mounting points for the Mira’s are behind the indicators

20220527_2054381920×864 156 KB
It was all let cure for about a week again before unbolting the end pieces and easing them off before easing the bumper out of the rest of the mold, revealing the result of all the gelcoat reaction

20220529_1502351920×864 339 KB
This is where I am at after 2 years off again on again working on this, needs to be sanded, filled and sanded again till smooth, all mounting holes drilled out, final fitting and painting.
Sorry for the long post, I got in a mood but stay tuned to see what it ends up like on the car

I am so happy you did a thread on this I have been watching your posts on FB and great it’s in one place and a link to where you followed the youtube series. Well done mate. I can’t wait till the next stage.

Dale. You succeeded in doing something most of us would only dream about doing. It’s going to look amazing on the topless!

Yea, I’m sorry, i really need to sit down one day and update the topless thread too, think it’s been close to 2 years now