Well I thought it time to start a thread on my car.
I while back I needed a change so decided to sell off my TE50 Falcon garage queen and go on the hunt for a track day car. I’ve always had and still have Escorts and Cortinas but theres always been a soft spot for Dai’s after owning a couple of Charades and Applauses as well as being on the old Daiclub forum.
I’ve always been on the lookout for a GTti but they’re few and far between and the ones that have come up over the years were out of my price range. Enter this one that came up on My105.com.
As it stands today. 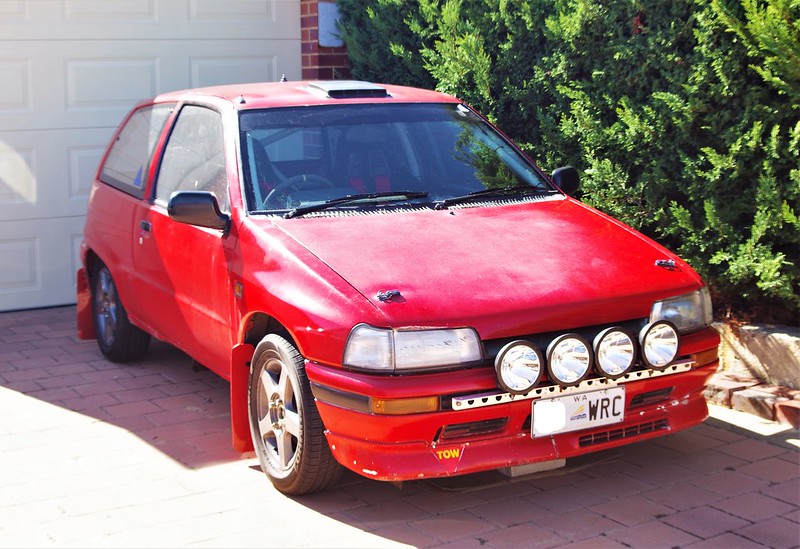 It was imported from the UK in the mid nineties, built and logbooked locally. It has quite a bit of history in a number of hands with a couple of Rally Australia outings in the logbook
A few specs of the car, I can take no credit for the build as I just purchased it.
Shell - Tower to tower cage
- Seam welded and gusseted
-Brake, braided fuel lines and wiring run internally
Mechanical - Crossmembers and suspension arms seam welded and gusseted
-Proflex coilovers
-Quickrack
- Close ratio box and LSD
-Currently on 15psi
-Hydraulic handbrake
So far in my hands I’ve rebuilt the bottom end with forged pistons, X-beam rods and a custom multi layer head gasket as we had no choice but to deck the block. Much thanks to GTti developments for the help, parts and advice. The head was done before I purchased it so that was left alone.
As I’ll be using it on tarmac for club sprints and motorkhana’s I’ve removed the sump guard, an epic piece of kit that weighed 15kg and could have withstood a nuclear blast

The under body rubber protection was also removed saving another 20kg.
I’ve repositioned the auxiliary gauges, pedals and seat to suit my 6’2 frame. It takes a bit to get into but once I’m there I’ve got good head clearance, line of sight and reach with the seat doing all the work/ support.
So what next?
With time on my hands I’m gently putting some hours on the engine at the moment, on the road, before I wind it right up. The season is all a but over with all the restrictions at the moment but I’ll start doing some tuning days at Barbagallo raceway when they resume before starting a fresh for next year/ season.
I’d also like freshen it up with some new paint, more than likely in works style livery.
A couple more pics from the day I bought it. My mate that picked it up with me commented “Geez its an angry little thing” The little angry man name stuck after that. 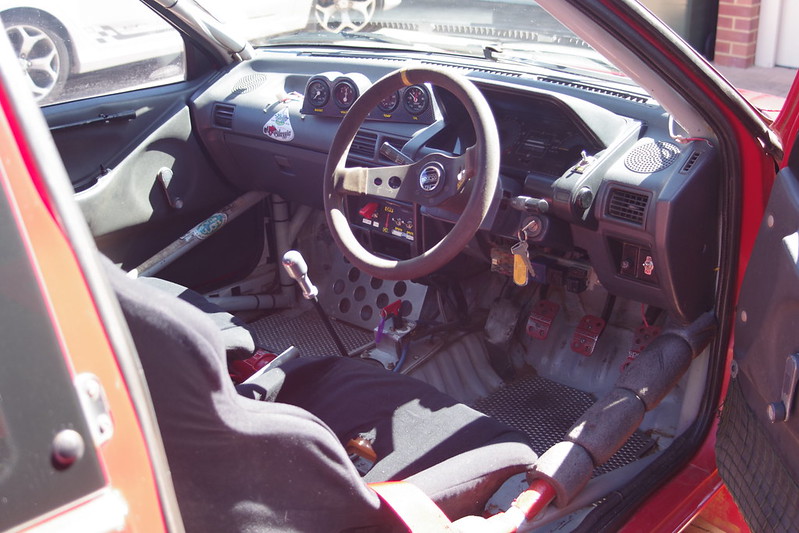 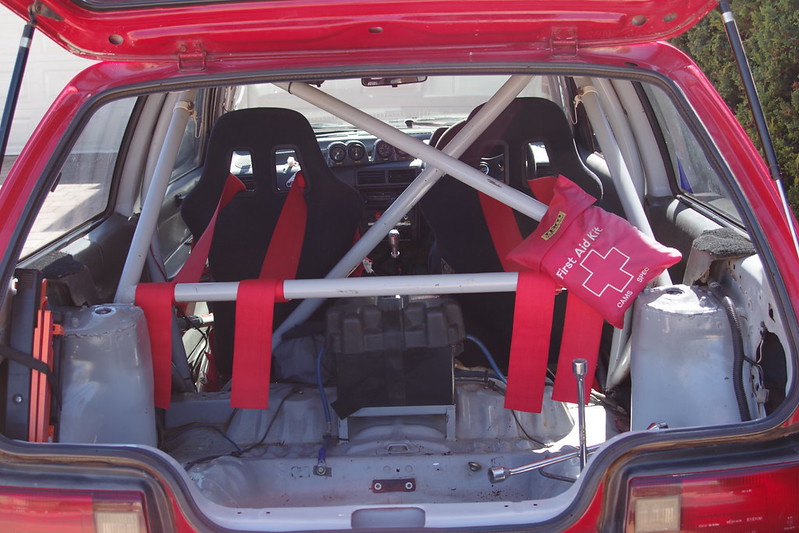 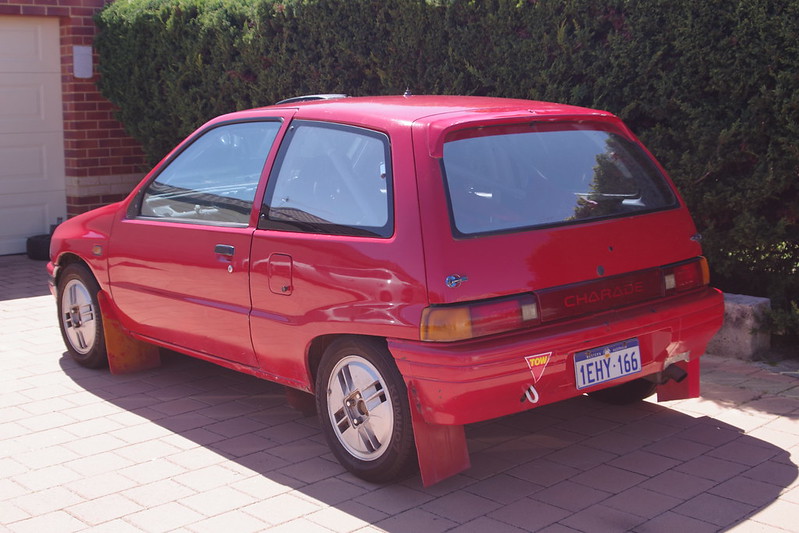 Amazing car! Will be watching with interest!

Finished easing the new engine to 10 hours today. I’ll change the oil and start building some revs in it. Still a while before any motorsport happens so I’ve got plenty of time to put some more hours on it before the boost gets wound up. 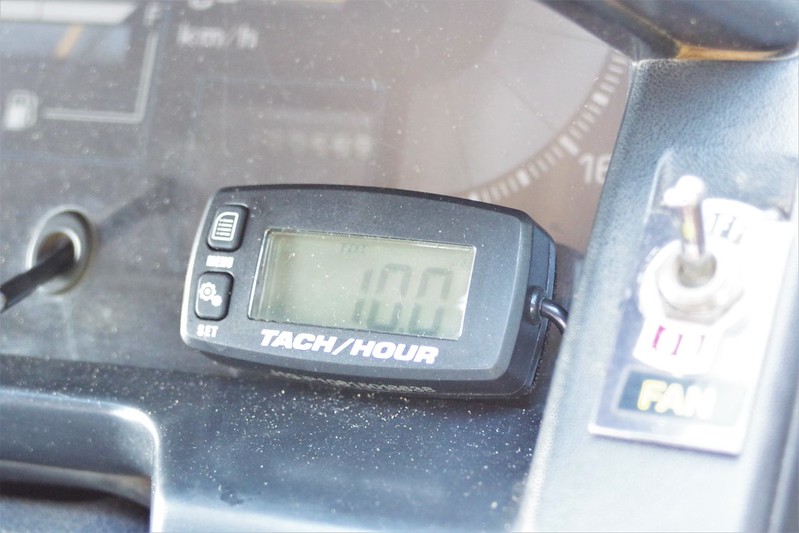 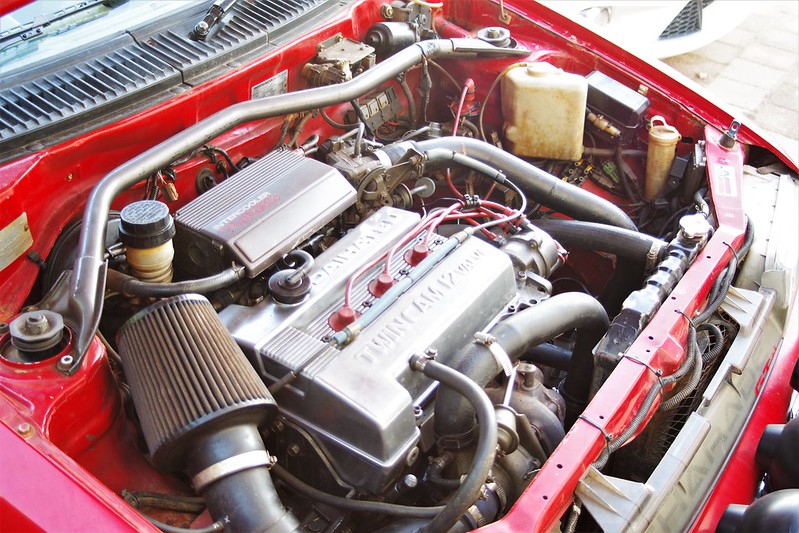 Got out for a tuning day this morning, managed to to a couple of sessions.
The car goes really well although I’m still taking it easy. I did one lap at almost full pace.
Bit of an issue though, it’s developed another oil leak from the sump. I’ve had no luck with gaskets for the CB70, local ones don’t fit at all, I think they’re for the single cam engine but the manufacturer has them listed for GTti. The next one fitted was from a complete gasket kit ex UK. This one fits but has weeped since day one and has now turned into a drip.
I’m in no hurry to be doing anything this season so I’ll do some homework and see if theres a better option/ brand. Any advice appreciated also. 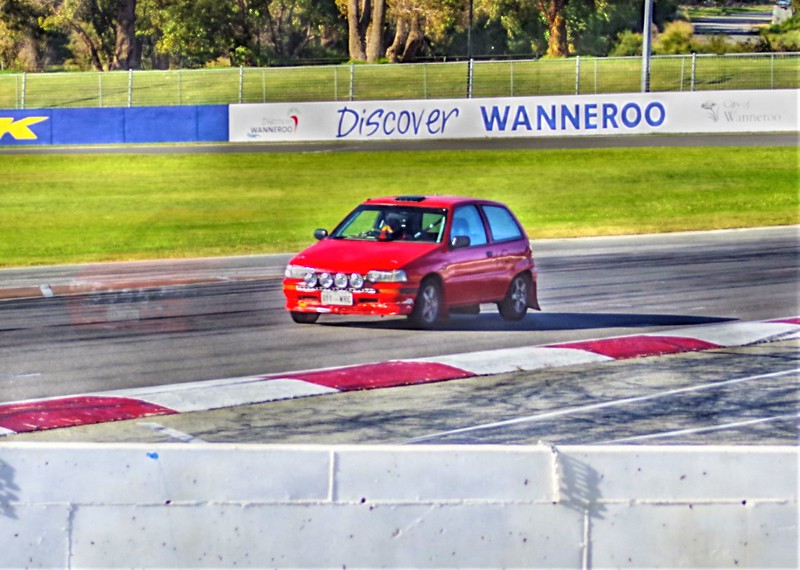 Are you using any sealant with the gasket? Try tracking down Nathan Munns via one of the Daihatsu FB pages or Compact Motorsport via FB, both have extensive knowledge of the CB70/80 and access to parts.