Hi peeps, I need some well thought out advice. The people who read my topic will know I’m going to throw a 3SZ into my L7 Cuore. The Cuore has a cable operated clutch, but the 3SZ gearbox has a hydraulicly operated unit. I was going to make the hydraulic system work with the Cuore, but since I can’t fabricate anything (due to the lack of time, money, skills, tools, and basically everything), getting the master cylinder to fit on the car is just a pain in the butt. There’s 1 place on the firewall were the cylinder would fit (next to the brake booster), but it’s not in line with the pedal, and the panel isn’t perpendicular to the pedal, which would cause issues with the travel of the piston when pressing the pedal.

I have the cable clutch fork thingy laying around which I could use, but I want to know if anyone knows what the consequences could be? The reason I’m not sure, is because Daihatsu has fitted almost exclusively cable operated clutches to their cars, except for the cars with the 3SZ. A Sirion 2/Boon with the K3 (1.3) has the cable clutch, but the Sirion 2/Boon with the 3SZ uses the hydro unit. So there must be a reason why they did that.

The only reason I can think of, is that the cable wasn’t strong enough, and that’s why I’m a bit nervous.

The cable seems like the best/easiest way to go, but I don’t know what the possible consequences will be. Please be aware of the fact that I’m running out of time, and that I’m not able to fabricate anything for the master cylinder.

Hopefully someone can help me, thanks guys 'n gals!

Cables can be strong enough. The risk short coming of cables are feel (due to friction), routing, pedal force required and ultra long term reliability.

Get creative in where you might place the hyrdo master cylinder. I’ve worked on trucks where they are up under the dash inside the “cabin”. Have a look at the image below, it is a right hand drive car with the master cylinder on the passenger’s side. 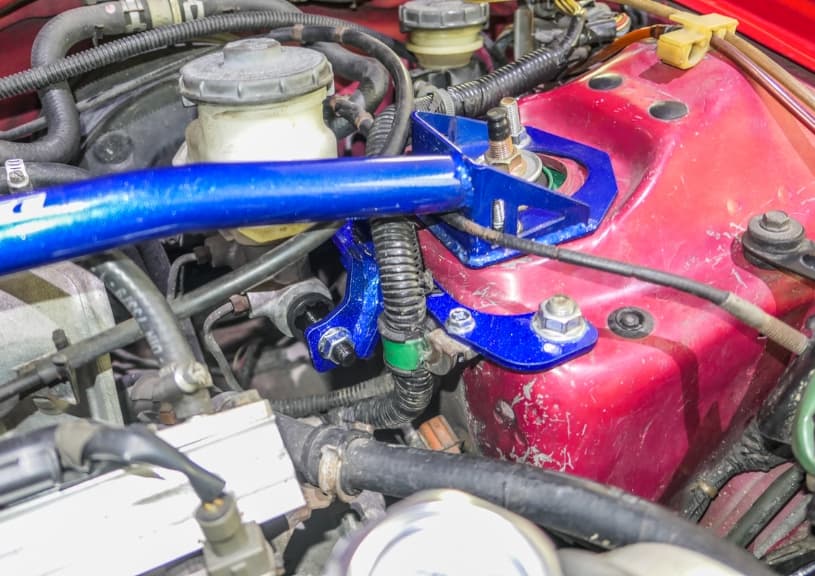 image815×576 69.4 KB
From factory the Hyundai Excel sends the brake pedal force into a linkage system with a torque tube so the remote cylinder works. Brakes have a lot more force that a clutch (Hyundai Excel master cylinders move a lot, about a month ago I made up braces for a Excel Cup car to get rid of 3mm of flex).

Either way you may have to fab something.

Another possibility would be to mount a reverse cylinder of which wouldn’t intrude into beyond the firewall from the cabin. But would sit within the cabin. My Piaggio Ape has one of these cylinders of which powers the hydraulic brakes. It would function with any 3/4" clutch slave cylinder: 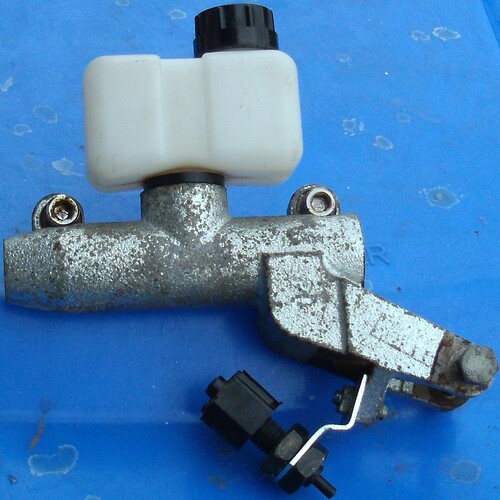 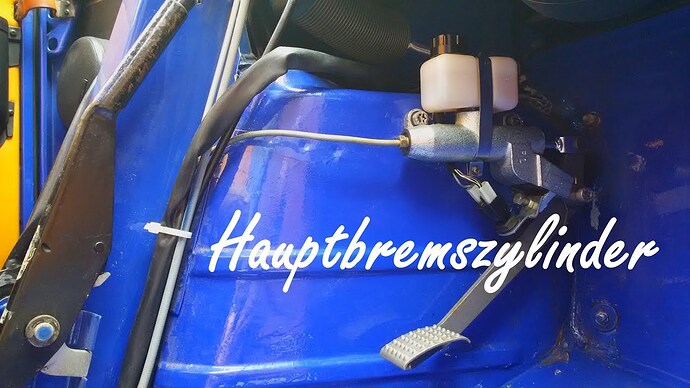 The Sirions/Materia’s have a similar cylinder mounted in the footwell as well! It would make the whole conversion a lot easier. The thing is that they are hard to find as they are fitted to the 1.5 models. And even if I did find one, it wouldn’t have fit without adjustments. Hence why I bought the cylinder from a Yaris, which uses a hydro clutch in all variants. In the end, due to the lack of time and not being able to fabricate anything (yet), I chose to go with the mechanical variant after all, which works pretty good. Maybe I’m going to do the conversion in the future, and then an inside mounted cylinder is definitely something to consider!

You could also use a master cylinder that uses a remote master cylinder like often done on cab over trucks. A Icompact one like this would make under dash easier than fire wall mount,

I like to use these for hydraulic handbrakes as they are much more rigid than the traditional alu type that mount on a vertical firewall.