I was searching the net for coilovers for my Sirion M100, but I didn’t find any…

However, I found coilovers for Sirion M300! Do they fit? As far as I can tell, from the photos of the product, they have the same shape as the KYB I have already on. Any suggestions, ideas and solutions? 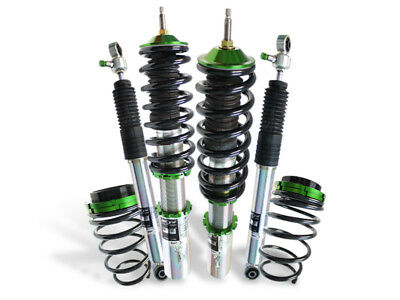 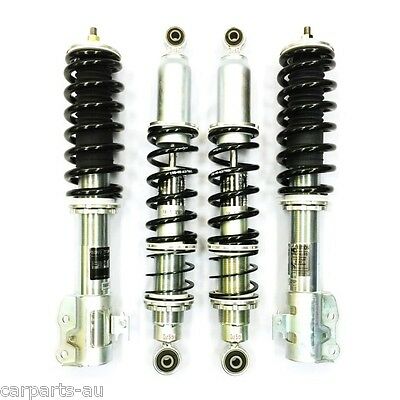 Not a quality item,. They will let you adjust ride height, however, they are more “bling” than performance, tend not to last long and any rebound adjustment is not linear. BC Racing is probably the best entry point for a good shock/damper.

There will be Sirion owners here that can confirm. @Mick should know. Front very likely would. Also ask BC

Thank you @Mr_Gormsby for your suggestions and your time! Much appreciated.

Fronts will 100% fit.
Rears are uncertain.
The problem is, they are listed for a Sirion M112 which is AWD, however the last time someone enquired about them it turned out they were actually for FWD Sirion.

I’m not sure if they have changed in the meantime.

I would suggest contacting them and confirming again.

As Mick said the AWD has the clevis on the shock/damper. The M100 will have the Clevis on the suspension beam.

The AWD has a Clevis mount rear bottom, and the FWD has an Eyelet Mount rear bottom. The Kit from BC appears to be for the FWD Sirion as the rear shocks have eyelets.

BC Racing will often use ‘generic’ pictures in their AD’s as I was rather confused when buying mine as the advertised picture looked nothing like the actual kit that arrived. Don’t rely on their pictures as any form of guide as can be seen below but contact them via email and get it in writing they have a kit for the M100.

If you call them they will clarify if the kit will fit as expected.

For example they advertise this for the Cuore, which has rear coilovers but we know the Cuore is separate rear strut and coil; 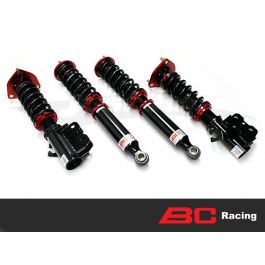 but once I emailed and then phoned them they advised this was the correct kit ZF-07-VM, but again the picture is wrong as the rear strut should have eyelet at each end;
https://bcracing.com.au/zf-07-vm

The kit that actually arrived was different from any of the Advertised pics; 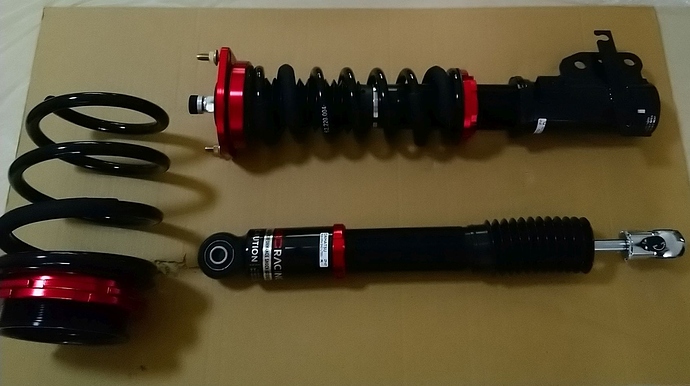 **Importantly the did send the correct kit for my car irrespective of the advertised pictures!

The bloke on FB, Chris, had emailed them and they sent him that photo so he could confirm wether or not they would fit his AWD Sirion. It appears to be the same kit you bought, which appears to be often misadvertised as a kit for the M112, which is AWD, hence all the confusion. Long story short, the BC kit for the Sirion is for the FWD variants.

To add onto this, here in Australia that BC kit is advertised for both M112S and M101RS (FWD) as can be seen here: https://bcracing.com.au/zf-03-vm

The bloke on FB, Chris, had emailed them and they sent him that photo so he could confirm wether or not they would fit his AWD Sirion. It appears to be the same kit you bought, which appears to be often misadvertised as a kit for the M112, which is AWD, hence all the confusion. Long story short, the BC kit for the Sirion is for the FWD variants.

It does look the same - the important thing is getting it in writing so if the wrong kit comes you can prove that they stated it was the correct kit and should either get a replacement swap over or a send back refund. In Australia they said there are so many kits that they don’t have photos of the all of the potential different set-ups and so just use generic photos. I explained it makes it very confusing for customers and could result in a lost sale as they think the product is not suitable, he passed it onto management but nothing has changed.

So an email and phone call is important before any purchase.