Hello I’m Joey and I am 28 years old from the Netherlands. I think I already had a topic post for my car on this forum in the past but it seems to be gone for some reason. So if you experience a case of deja-vu now you know why! I have a 1996 Daihatsu Charade gti with an HD-E block which I want to build into a Detomaso. I could just buy a original Detomaso one but then I would have the steering wheel on the wrong side

. The car has been in my posession for 5,5 years now and before that I owned a 1.3 white smiley charade for about 3 years. I totaled (in an economic sense) the smiley however when I made a bad parking manouvre with a SUV that was also driving backwards. The SUV was fine however. The sheet metal of the charade was definitely less tough I bought the gti for 1250 euro’s and it already had some problems such as bad paint on the roof and bonnet. It had bent rims and the interior smelled like dog which is accurate as I bought the car of a lady with a poodle. The rear arches were becoming crunchy, the rear wiper fluid leaked through the interior headlining as you pressed the button. The mirror glass was replaced with actual glass from a mirror which halted the adjustibility of the glass as it was too big too tilt and other cars looked funny in the mirror. CV joints and all other bushes were shot, a few wheel bearings also. A big thump in the suspension. The roof leaked, the engine leaked oil. It needed a new timing belt. And I am forgetting many more problems probably. When I bought the car was actually in a sorry state, it looked decent on first sight but it was not loved and only treated as a workhorse. The car had service history but I could quickly tell that spending only 200 euro’s on the car per year was only to get it through its yearly MOT. Not to uphold the car properly. However it was one of only 10 or so gti’s in black and they were rare so I bought it

. Nowadays there are very few left, I would dare to say 5 or so.

One of the first things I did was parting out the white charade 1.3. It had to go to the scrappers. I had also done some work to my white charade and took a few nice bits off of it such as: detomaso steering wheel, detomaso cup holders, detomaso cluster, booming sound system, full gti interior, xenon headlights, no smoke tray, glovebox inlay, applause 14” wheels, GAB coilovers, original rear mud flaps. After parting it out I drove it to the scrappers. Then installed all of the bits on the gti. Drove a lot better with the applause wheels. Repaired the rear wiperfluid problem. Apparently the reservoir was not fixed by screws and the hose was rubbing on the sheet metal together with the weight of the reservoir it cracked. So new hose and it was fixed. Then had to source a new rear bumper and fixed it fortunately. Also sprayed wiper arms front and rear. One big project I’ve done with this car which I’m fairly certain nobody in my country has done is an AC install. An AC install was only an option on the smiley Charade but even then would cost an absolute fortune, largely because of the heavy car taxing regulations in my country. Only a handfull of Charades smileys have that option over here. After purchasing an AC install manual on my local ebay and reading it through it seemed to me it looked fairly similar to an AC system on a Gran Move. There are several systems for the Gran Move but the system with the 30 cm wide condensor fits on the Charade. So I contacted a nearby scrapper and paid 250 euros for all the AC parts. Dismantling the parts from the Gran Move cost me about half a day, fitting them on the Charade nearly 2. The foto is without the compressor but I mounted it later. In 2014 we also had a “bankdag” (Dyno Run testday) scheduled for October. When I first purchased the gti nearly half a year back it was superslow, I suspected the gti also had a 1.3 but this was not the case. At a car meet I lost out big time to a modded 1.3 HC-E with 1.6 injectors, throttle bodies and CAI on a short sprint. Not wanting to lose by that big of a margin again I revved the gti a few times on the highway entrance ramp on my daily commute and it started to recuperate some of its power everyday. Also I brought the car to the shop to have the valves adjusted, new oil and spark plugs, injector cleaner, petrol filter and some other bits to at least not be slow at dynorun day. It already felt a lot faster after the tune up. On “bankdag” it performed well making nearly its original 105 horsepower. I will update with what I’ve done in the years but it will take some time to type it all.

That’s a nice looking Gti being black​:heart_eyes: from what i have read, the Gran Move / Pyzar as it’s known here in Australia shares most mechanical and suspension parts with the G200 series Charades, a mild upgrade is the later model Gran Move 250mm front brake rotors and calipers bolt straight onto the Charade but was unable to test myself.

Ok thanks but I think the brakes are good enough as it is. I only want to do the Detomaso conversion. I ditched the GAB coilovers as they were too hard on my back even with the nice Dutch roads. No more mods for me.

So finally after a long time I decided to pick up this project a bit. I’m also working on a E39 BMW 528i but now it’s the Charade’s turn

In Late 2016 I picked up a bodykit for a Detomaso. The bodykit was beaten up as it was used in rallying but nonetheless it is so rare in Europe, I hadn’t seen one for sale in Europe for the last 9 years so I had to have it. And technically this one wasn’t even for sale as I just made an offer to a nice bloke from the Daihatsu Facebook page. I drove 700km one way with a ferry halfway through to pick it up. And this all fitted in the Charade with my girlfriend and holiday stuff 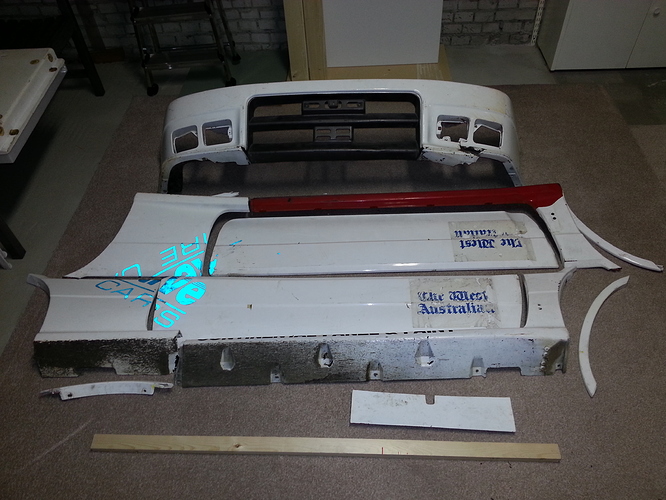 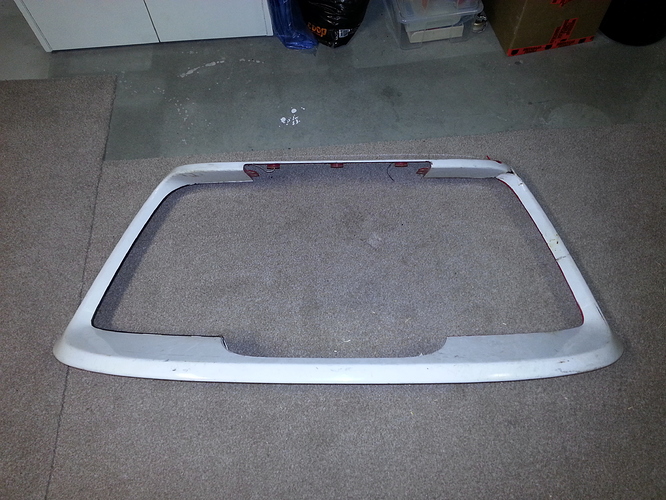 So the front bumper is cracked on 3 places and the mounting points were broken. The rear spoiler was completely broken in one corner. The bodykit was not complete however. I ordered another batch of Detomaso stuff like a wing mirror, hubcaps and some more but I’m still missing stuff.

Then the Charade had a coolant leak from a iron pipe behind the engine block to the interior radiator as the pipe was rusted and pieces of it were missing. It sat in my garage for 2 years as I wanted to fix it but ran out of ideas. Finally I towed the car to a Daihatsu specialist where they pressed a new pipe in the rear of the block.

The Charade has been running reliably now for half a year so I’m pleased to continue with it. I sent the front bumper and rear spoiler to a body shop to get repaired and it turned out nicely. 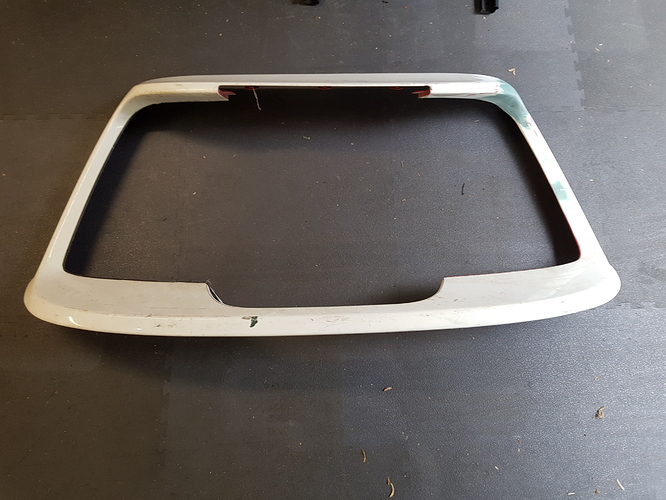 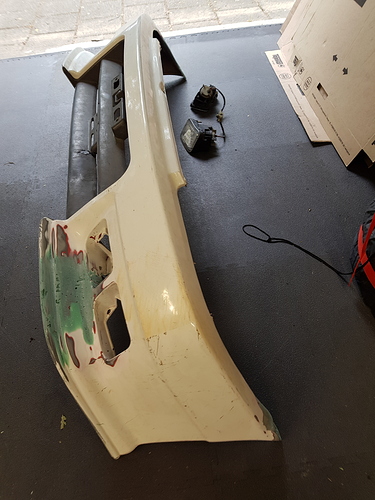 So that will be my objective for the coming months. If anyone has some of these parts you can contact me and leave a reply in my thread. After that the car needs rust repair on the rear arches and then it will get a respray.