Gidday, seems like this forum has a few Aussies on it, but we use that term, too

I have about 20 cars all up, including a Suzuki WagonR Wide Turbo Manual 8400 rice rocket bucket of hilarity, however:

top secret until then.

I’ll kick off a new thread in the QA section shortly and in a similarly vague and annoying fashion - sorry!

Here’s a random video of a Suzuki like mine being short shifted without an SSQV and open intake on it: 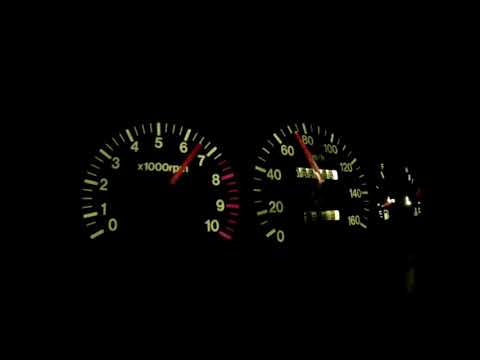 Hopefully that appeases you until I can share what I got

I almost bought one of those, before buying my first L601. The reason as to why I didn’t buy it was that the on-line offer seemed dodgy. The engine compartment looked much to weathered for the milage claimed. After having requested written maintenance documentation, the seller never answered.
Was yours made in Japan or does Suzuki have a plant building them under license in Oceania? The Wagon Rs sold in Europe were assembled in Hungary, while the same vehicle using an Opel drivetrain was assembled in Poland and subsequently badged as an Opel Agila.
Suzukis were notorious for poor handling with vague steering feedback. But perhaps, the wagon R is an exception, being that Opel was involved in the vehicles concept?
Here’s a 5-photograph gallery showing the basic 1-liter Agila engine. Simply click on the image, in order to summon the gallery: Motor 1,0 12 V Z10XE 43 kW na Opel Corsa C Agila - Autorubik Autodiely

My one is fine at lower speeds, but needs an alignment to behave on the motorway. It’s got aftermarket 15s with 195/45R15 rubber and if you throw it in hard it will flip due to the relatively high CG and overall light weight forcing the CG upward. 800kg all up but an EV or hybrid conversion would massively benefit the stability while cornering just by pushing the CG way down even if increasing the weight by 25%

My one is unhappy though, engine was dodgy when I got it and has only gotten worse. Never did fix it. Needs a full rebuild. I don’t plan to get rid of it but if I had to ditch one it would be top of the list given the details of everything else I own. Sweet car though, very fun to drive. When it’s working 100%

Welcome Fred. Where are you in NZ?

Multi generation grade A JAFA - and yourself?

I’ve spent lots of time in Wainuiomata and have some family in Island Bay. Though that’s not to say it’s where I am originally from nor where I live and teach now.

If further afield I’ll be up for a road trip at some point. Guessing the apple fell in the southern half of the north island though

Will be down, not in the Daihatsu, for a trip to Dunedin/Wanaka/Christchurch and back again in the coming months - could grab a beer or burger or whatever.

One week from now I’ll have driven my Daihatsu 100+kms and be sitting in it grinning until I fall asleep. Just one week to wait to drive it. Exciting!

Picked it up last weekend and have been having a hell of a good time. I’m not officially a Daihatsu owner for the first time

Looking forward to sharing my toy and plans but I put over 500km on the near-new 50,000km old car in less than 48 hours after picking it up.