From a cheap run about to full track build! 😆

Hi all! Welcome to the process of turning my L700 into a track car which initially was never the plan for this car as I bought it to use as a daily car for around town

Track days are something I wanted to get into before however you’re always told it’s so expensive and that you need a fast car and that you need this and that. Having done a few track days now in the Cuore i’m glad it has become what it is today. A lot of money has been spent on it however no where near as much as what others would on ‘better’ cars yet I am having so much fun with this Cuore and learning a lot in the process having to make things yourself.

I’ll take you through my build process however I wont cover much detail on the engine swap as that has been covered many times before.

The story begins just over a year ago when I did my first track day. My friends at work who were into track days dared me to do a track day in the Cuore! I was a bit apprehensive at first thinking it would be crazy in a 1 litre Cuore but hey ho, it sounded like it could be good fun so I booked on to a local track that just happens to be a relatively fast track, Donington Park.

I must admit though when I arrived at the track before my mates did and saw the other cars which would be going out on the track at the same time I did start to sh*t myself! I’d never done a track day before so going out in a Cuore was terrifying! However towards the end of the session I was enjoying the Cuore that much I wasn’t even bothered about the other cars. The only prep work I did to the Coure for this trackday was fit some budget lowering springs to somewhat try and prevent a bit of body roll and also stripped it out to try and save some weight … 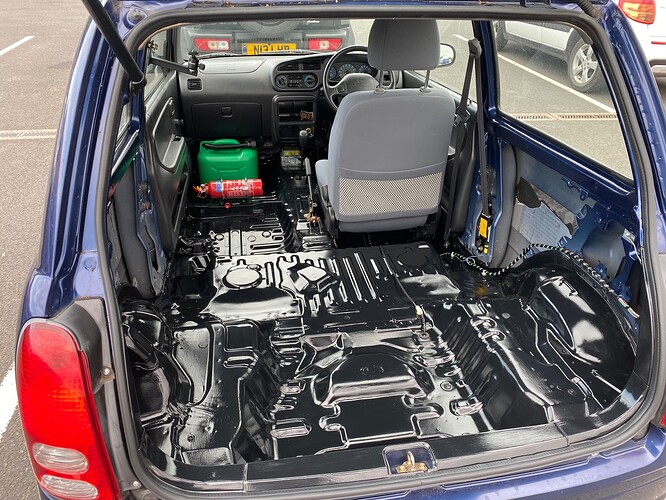 The track day was a real eye opener. I thoroughly enjoyed it and left with a massive smile on my face! I was so excited to keep this going and maybe do mods, mods such as the very common mighty engine swap, the K3! But also more mods to start turning this L700 into a track car. It only took this one track day for me to decide this was what the Cuore had to become 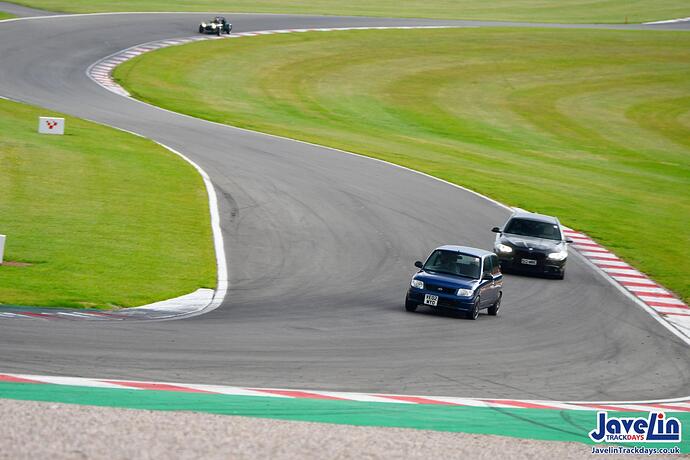 The first mod I felt that the Cuore needed was a bucket seat. Going round Donington Park I was constantly trying to fall out the stock Cuore seats, holding onto the steering wheel for dear life.

I treated the Cuore to a simple cheap Sparco Sprint seat. I wanted to buy one new as it felt special doing so however I didn’t want to spend too much money. The seat simply had to hold me comfortably in place around a track which i must admit the Sparco Sprint does really well! Please ignore the seat belt routing in this photo, I was experimenting different routes the selt belt could take for best comfort and safety as harnesses were not an option at this point. 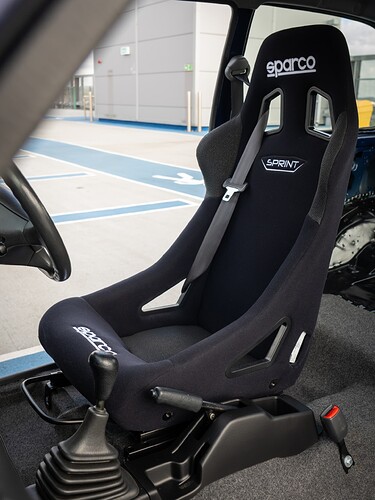 I wasn’t able to buy seat rails so I removed the mounting tabs off the stock seat to use later. Using 4 pieces of box section I made up a very simply basic seat base which the stock tabs bolted to. I also added some second hand seat rails to the seat base I made. This worked really well for the time being. 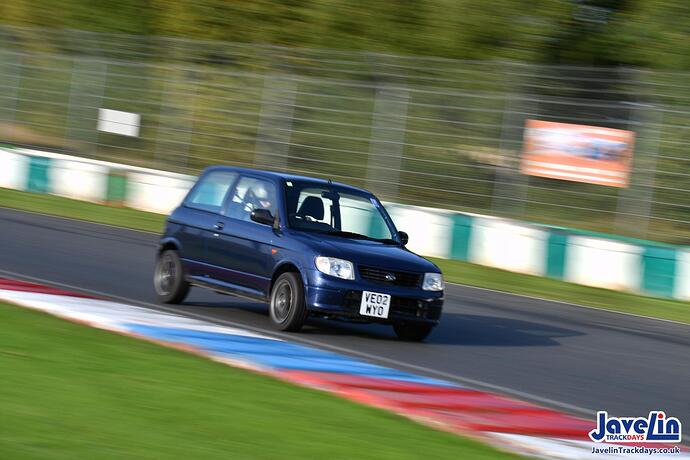 Again, at Mallory I was absolutely loving the Cuore! With the bucket seat fitted I was able to relax a lot more and the let the seat hold me in place without holding on to the steering wheel for dear life. It gave me a lot more confidence to go faster in corners! The little Cuore was flying!

I was also so impressed with the EJ-DE. It was able to keep powering the Cuore all day for so long out on track. It didn’t skip a beat nor overheat!

However!! I did get to experience going round the same track as a passenger but also as a driver of a Honda Civic EP3. My friend’s EP3 is just on another level on a track! I was genuinely unable to handle the power of the K20

Here’s a cheeky photo of it 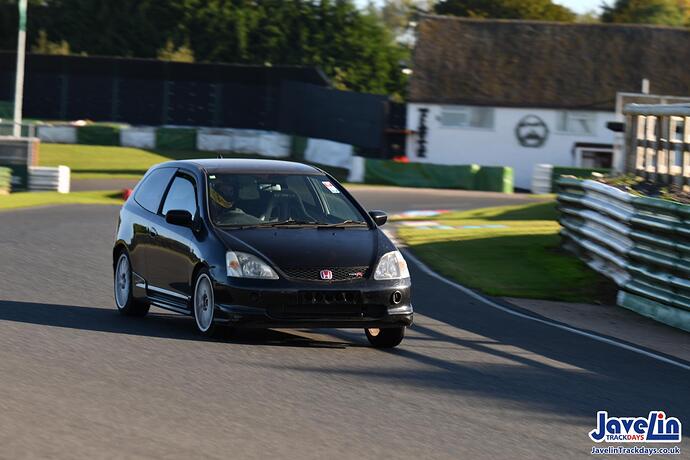 Now this would be the last track day I do with the EJ-DE. Winter was coming and I thought it would be a perfect time to start the K3 engine swap. There would be no point trying to do more track days during winter months in the UK as we just constantly rain.

Now onto the mass of worked I carried out during winter to make this car more of a track car, or a ‘want-to-be’ track car 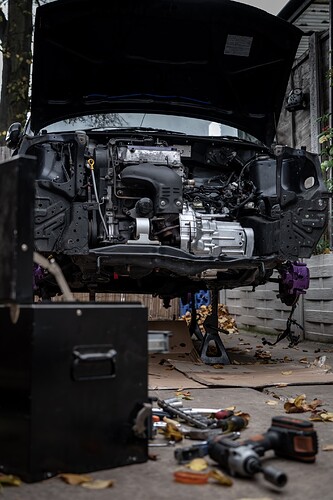 Thank you for reading so far. I’m still quite new to writing forum posts, hopefully they’ll get better!

Love it! More people need to just jump on track with whatever they have. I’ve had a blast at every track day no matter what I was running.
Great project! Looking forward to seeing more!

I’ve enjoyed my sirion immensely on the track, as i’m sure you will.
More speed does not always equate to more fun.

Keep it going! Makes me wish that we had some more tracks over here

AaaawwwYess, this is what we want to see

Very cool. Hope to meet you at a Mallory track day in the Spring.

Do you know what spring rates those lowered springs are? A front wheel drive needs the front to roll or should I say keep both front tires tracking the ground. The rear only needs the outer wheel touching the ground. The front needs all the grip it can get, and that needs to be as balanced as possible left to right. Don’t ignore my advice and don’t take it for granted. Do some testing. Add this sort of thing 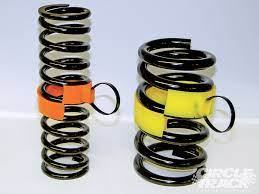 between your springs. Even a chock of hard wood or some steel SHS secured in will (in a controlled environment) give you a sense of whether you need more spring rate.

Getting balance via a sway bar has diminishing advantages as the surface gets rougher as such are torsion bars thank link either side and this takes away any advantage of having independent suspension, or even on a beam type L700 rear you end up with the beam as torsion bar and a sway bar as torsion bar - both are springs and they are not damped with shocks like the springs are - it just makes things tricky to get right and hitting a bump on the lhs affects the rhs.

Hope you are having max fun.

@b_hoves Thanks! Yeah I would agree, I had a right good blast on the first track day! I’ll start writing up about the major work i took on during winter very soon.

@TPG Thanks! I can imagine you have, you’ve done a lot of work to your Sirion! I need to read through your write ups again as there’s a lot to remember and take in!

@Mophius Thanks! You’re not too far from the UK, have a drive over with many of the other Daihatsu’s owners and we’ll do a track day!

@Rallynrace Thanks! That would be good! I’ll let you know next time i’m at Mallory

@Mr_Gormsby To be fair the lowering springs were purely for looks. I didn’t plan for this Daihatsu to become a track car so i just bought any set of lowering springs for the looks. Don’t worry i have been reading this forum since i bought the car (over a year and half now) and have learnt quite a bit from reading a lot, your own comments but also many other comments. I did quickly add a rear sway bar though which even on the street i actually felt a difference going round a roundabout. I’ll soon be writing up about the work I did over winter where I did quite a few changes all over the car so stay tuned for that.

Awesome to see you here on the forum and great write up as well! I’m excited to see your progress on here.

@Denis447 Have you seen the prices for the boat? XD But I’m sure I’ll be in the UK again someday

I’ll be sure to drive with you on track

@Blyatsu Thank you mate, it’s took me long enough to start writing up about my build process!

@Mophius Let’s hope so! Maybe drag @Blyatsu a long and many other L700 owners

can’t wait to see what becomes of this little rocket!