I have been getting some vibration through the gear lever at certain rpms, had wondered if my rear engine mount is buggered. See pic, I don’t have another to compare it with, but it looked to me like there may be a piece torn away at the top. Anyone know more about these?

top looks fine you can see the bottom right is starting to crack. A cheap fix for these when they become is to take it out fill it with sika flex and put them back in. You will get more a lot vibration at idle but it works.

I must say I was disapointed by the post. Sorry to hear of your car woes. Hope you can sort it easily. The way my brain works meant I misunderstood the title. I was hoping to read about a G102 where someeone was doing/had mounted an engine in the rear.

Who’s up of a mid mount bike engine in their Daihatsu? 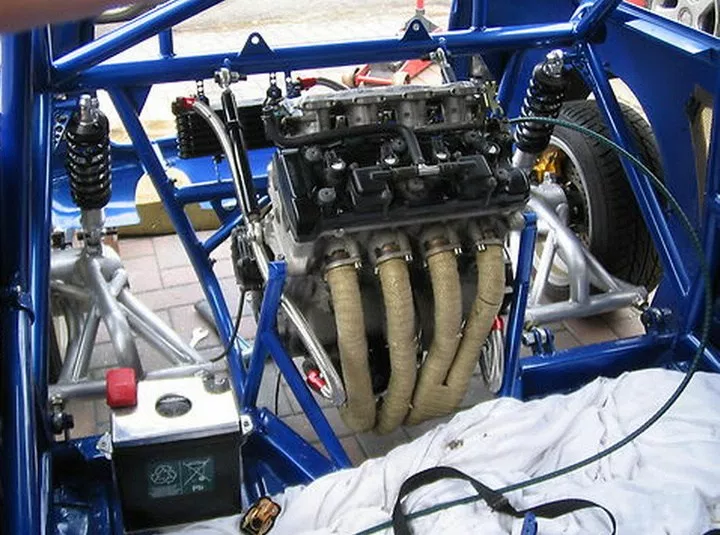 How about a double engined Charade? That would be pretty cool.

new ones look the same @JC050 replaced mine a few weeks ago
that top bit you see is just excess material in the manufacturing procedure. Its just stuff that has seeped out in the mold

I think I may do some under bonnet gopro footage to see where the movement is coming from. I hate fixing things that aren’t broken.

i planned to do the same at one point

When I got my Cuore it came with a brand new rear mount, was said that the rear mount was stuffed and he ordered a new one just never fitted it.
The car clunked with acceleration…

so using the mechanics hoist managed to change it without removing engine.

Job done I thought… Drive off, clunking…
Turned out it was the front mount… Doh

I think I’ve heard of one, but it may have been an electric motor 4wd.