Hi looking for advice on tuning options for my 1993 charade 1.6 gxsi currently waiting on a full stainless steel exhaust, had the car a couple of months it’s Currently is the only one with Mot in the Uk also wondering if there was any more Uk owners? But looking for advice on cam options etc… 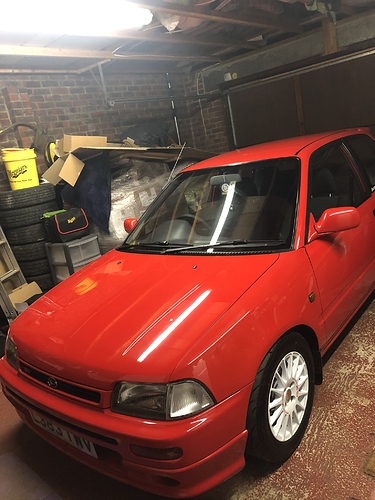 Hi and welcome to the forum. I am not much help with charade’s unfortunately. There is a few people from the Uk here but are from Australia, Netherlands and europe and NZ. I know there is other cam option’s available (regrind’s maybe) Tigre Cams In Australia I think had some different grinds available or listed. maybe one of the other member’s know more than me.

Welcome. The rally guys should esp be of help.

She looks in a very nice shape, I’m owner of a g201 Gti too, same as gsxi but then a Dutch version. As already said above there are some cams available from Australia but i don’t know if those cams made a big difference in Hp, so maybe someone else here knows.

Welcome mate car looks good and as above Tighe cams over here in australia are probably your best bet. Get a detomaso grind for the best street performance.

She ain’t to bad just clocked 30,000 miles it’s catching some arch rust and sills so I’ll be having to sort that soon, but yeah I’m mostly looking For hp gain where do you source Detomaso parts from?

Oh 30000 miles thats like new, i just passed 201000km today. Welby means that you can get a cam grind like a detomaso one by Tighe. Detomaso parts don’t show up that often.

Nice looking ride!
I know of the GTi, but not the GXSi. Is it a special version of the GTi?

As already mentioned: Tighe Cams. I know that MRT once also had some cams as they competed in some years ago. Don’t remember if their cams were from Tighe also.

If I remember well, there are also some ecu upgrades or tricks if you will which resulted in more power output. The cars were rallied, I believe in AUS, a white and a yellow one. Maybe some members on this forum?

The gsxi is the exact same, for some reason they called it gsxi over there.