Introduction of the little blue Cuore from the Netherlands!

I’m Appie, 24 years old and from the Netherlands. When I was younger I watched the MCM video on YouTube about the Daihatsu Cuore, the one where they K-Swapped it. Since then I have always wanted a small project car and during this pandemic I thought it would be the perfect time to start. The goal is to have a secondary learning / hobby car which I’d like to use for some fun at a race track. So I went online and I found this little one which was the cheapest road legal one I could find. The car was awfully dirty inside and outside and the interior smelt like rotted fish. Mechanically however, although it was a bit rough it seemed like a good service would do it well. 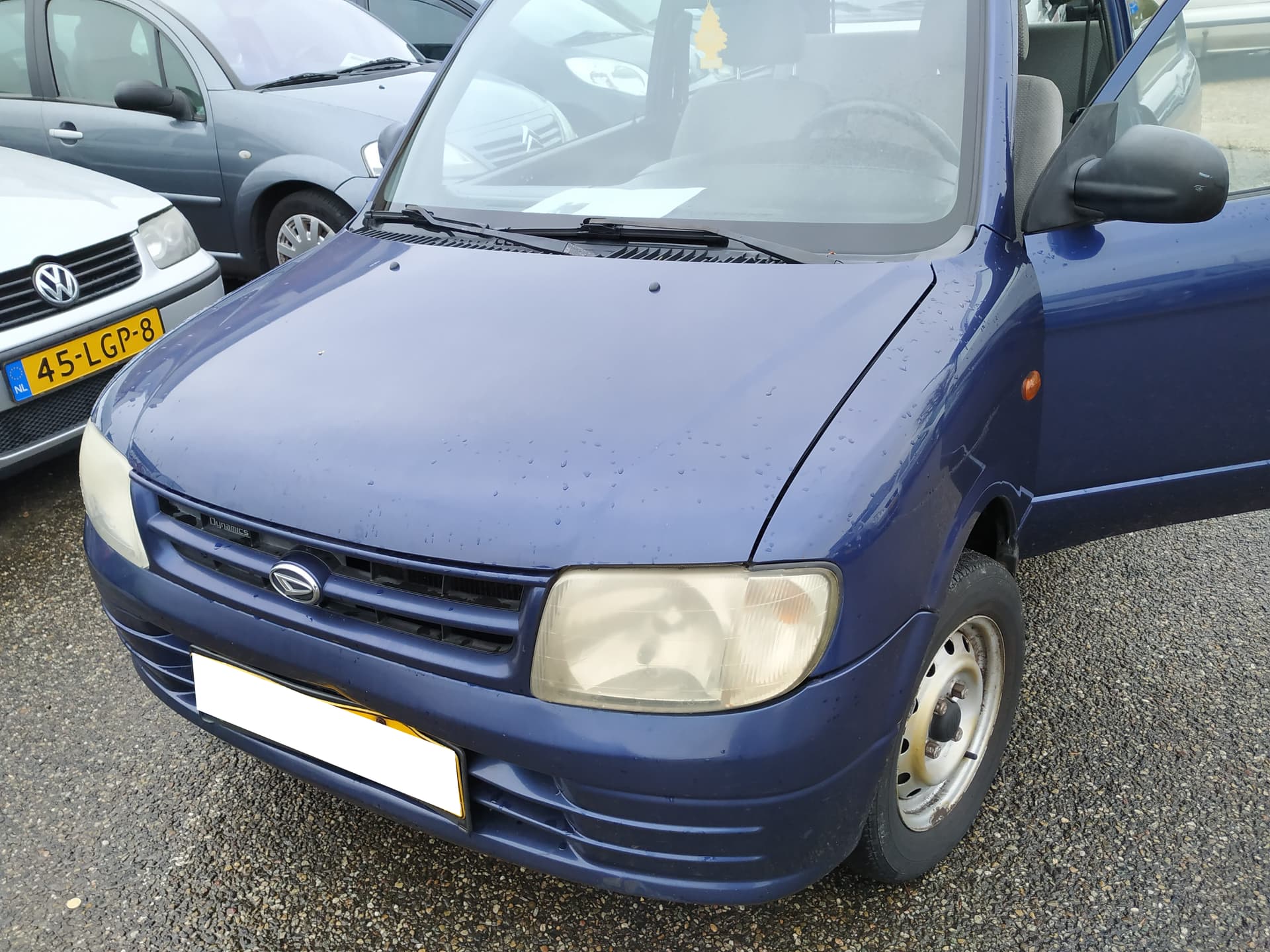 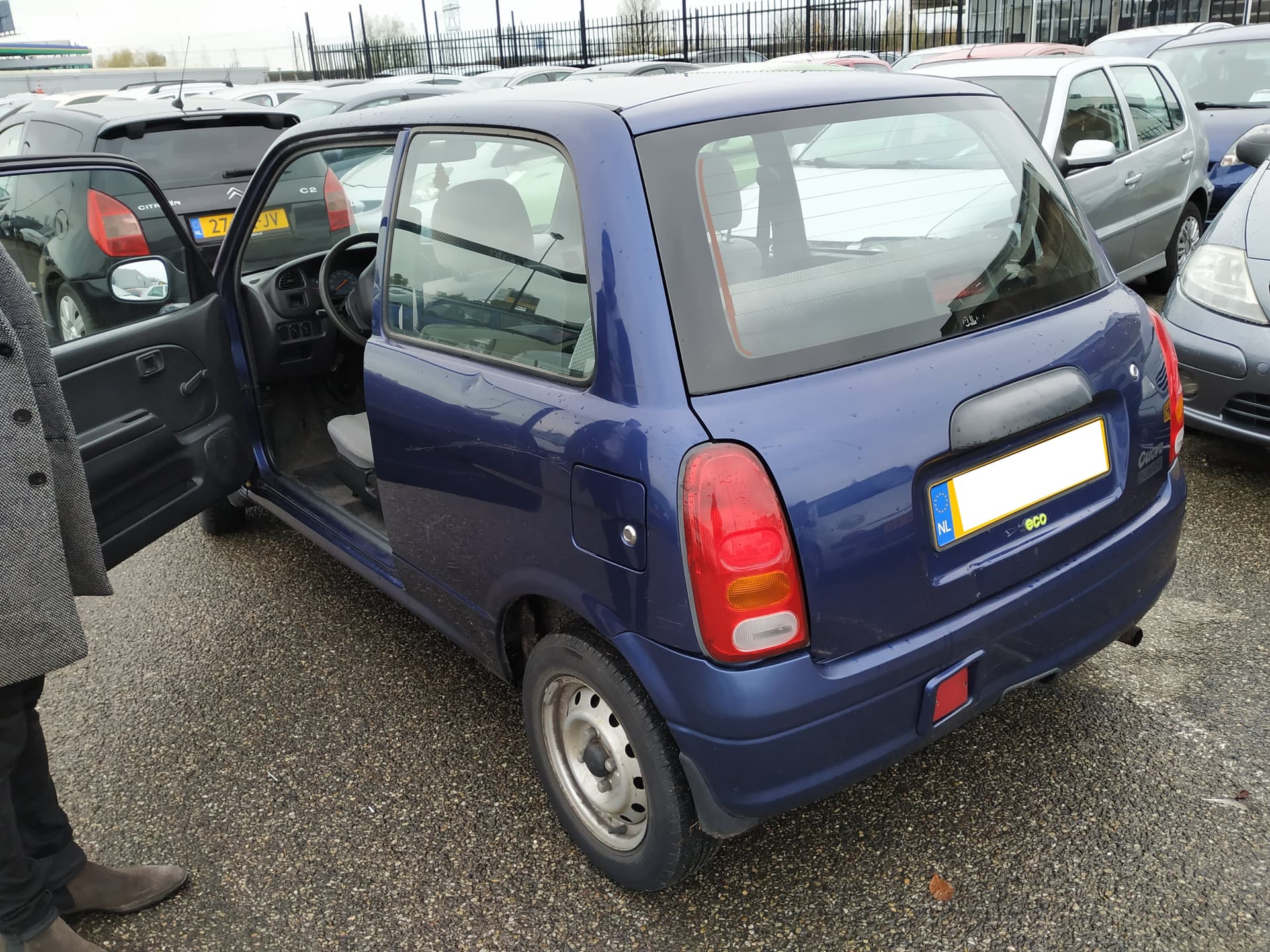 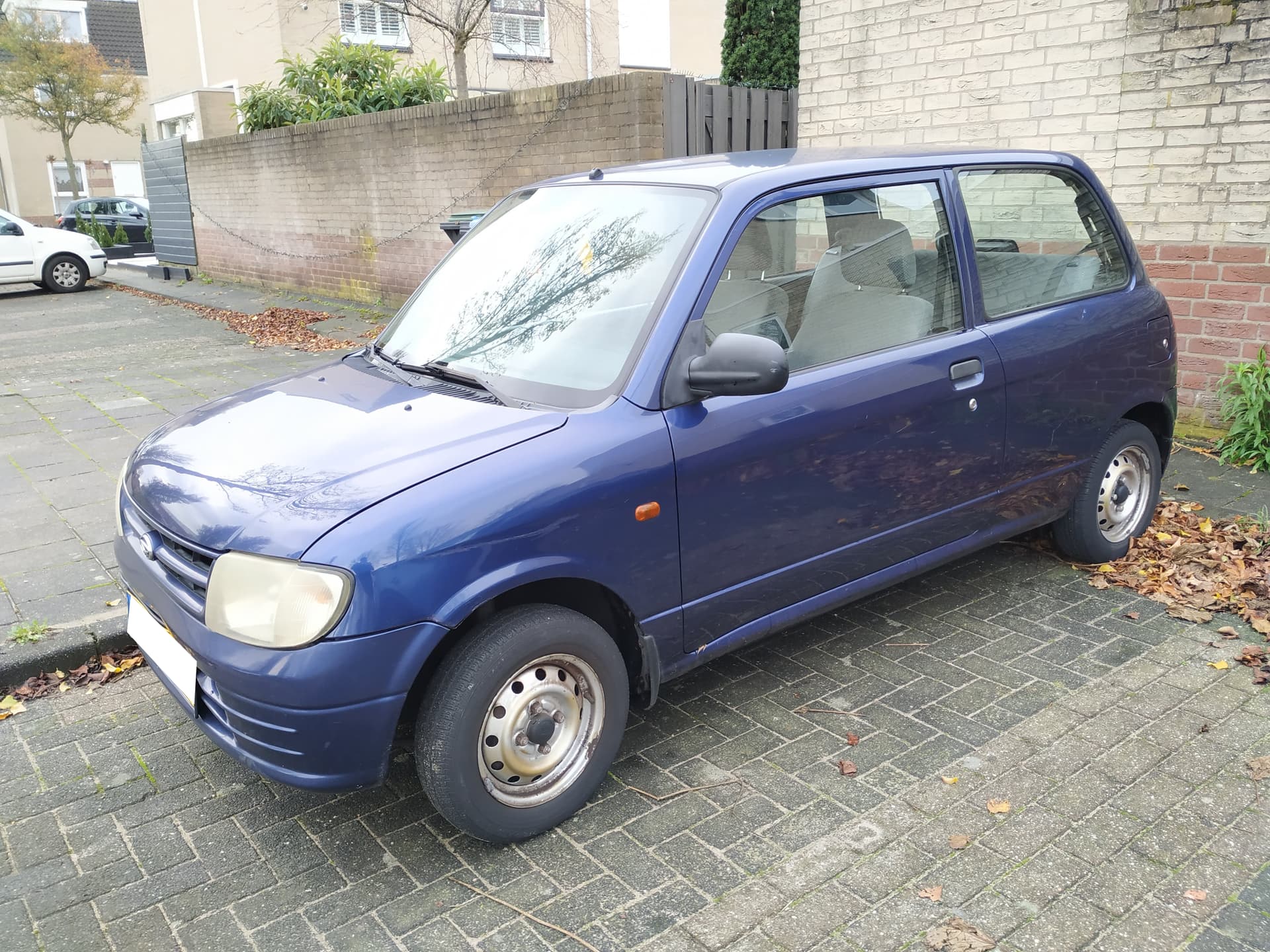 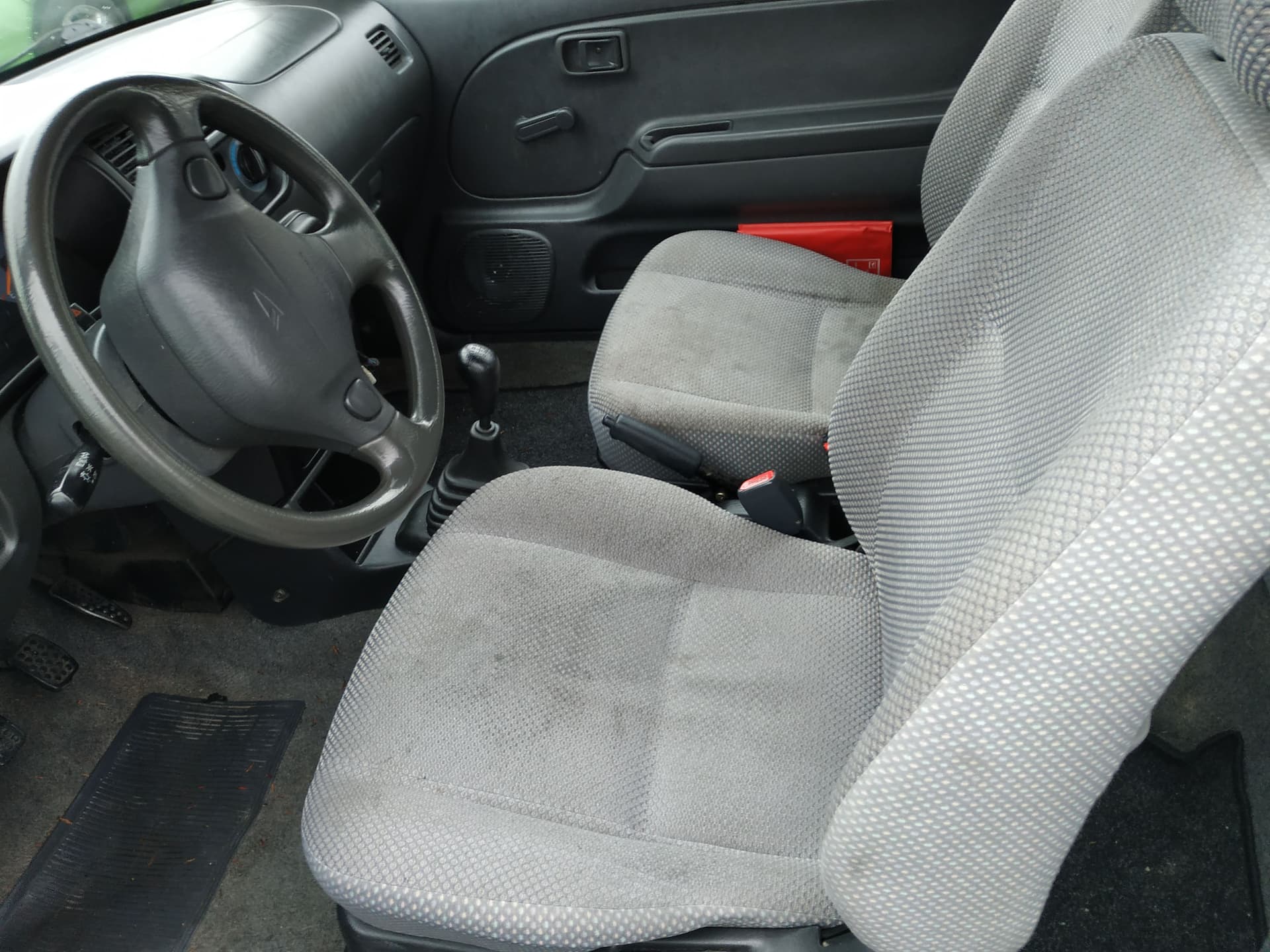 Once I got it home, I changed all the fluids, got some lowering springs and put on some nice ATS wheels. The little nugget looks and drives a lot better and was pretty grippy in the corners. I was looking to get more power of it though, and soon I figured putting a turbo on would be too much work / costly / complicated as I don’t have much knowledge on that. Therefore I decided to look for a K3-VE2 engine from the Sirion and do a similar swap to the one from MCM. It was a bit tricky to find but a nearby scrapper had the engine + wiring loom and I bought it right away. Interestingly the scrapper also had a Daihatsu and he gave some quick tips on installation. 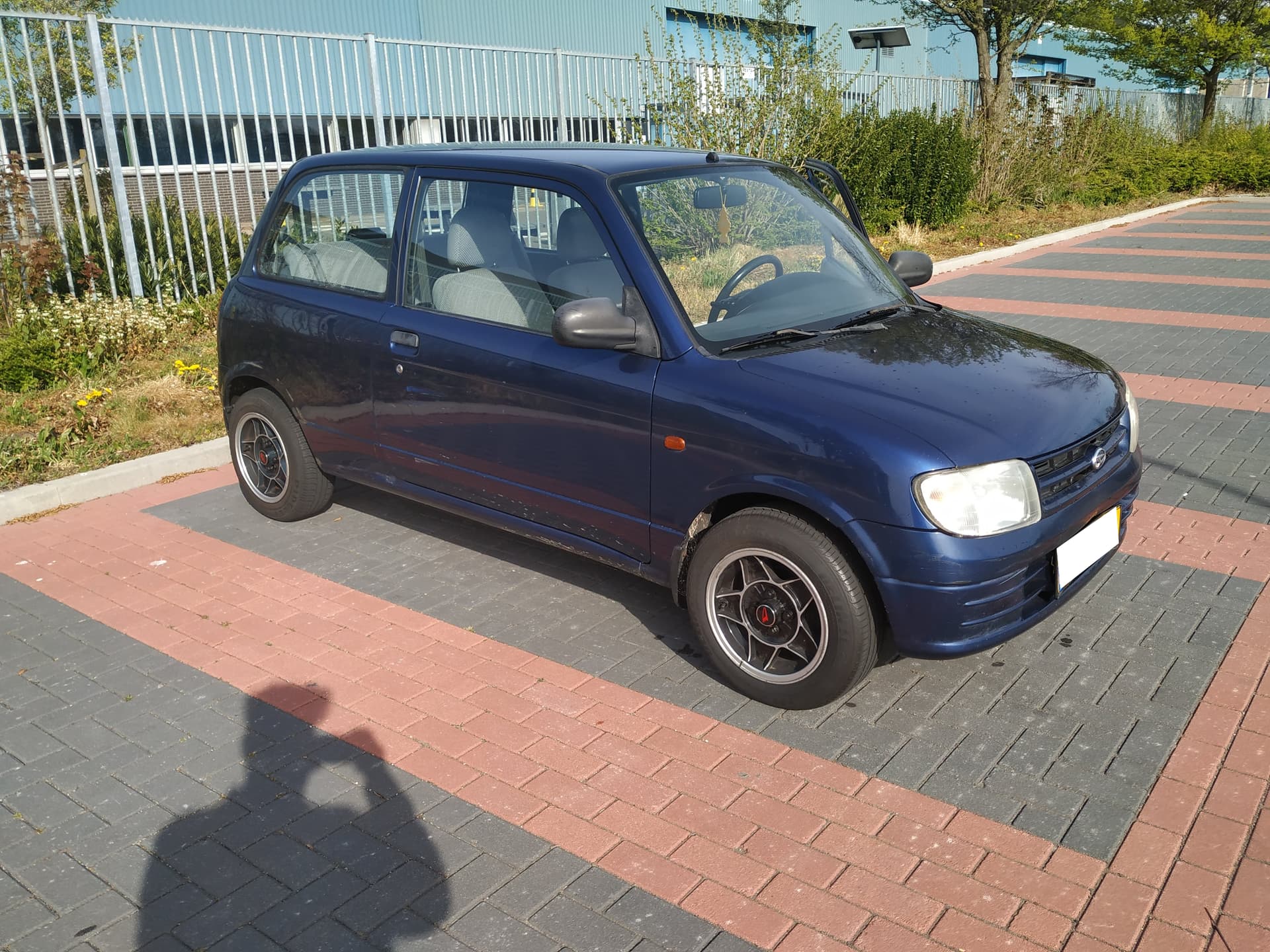 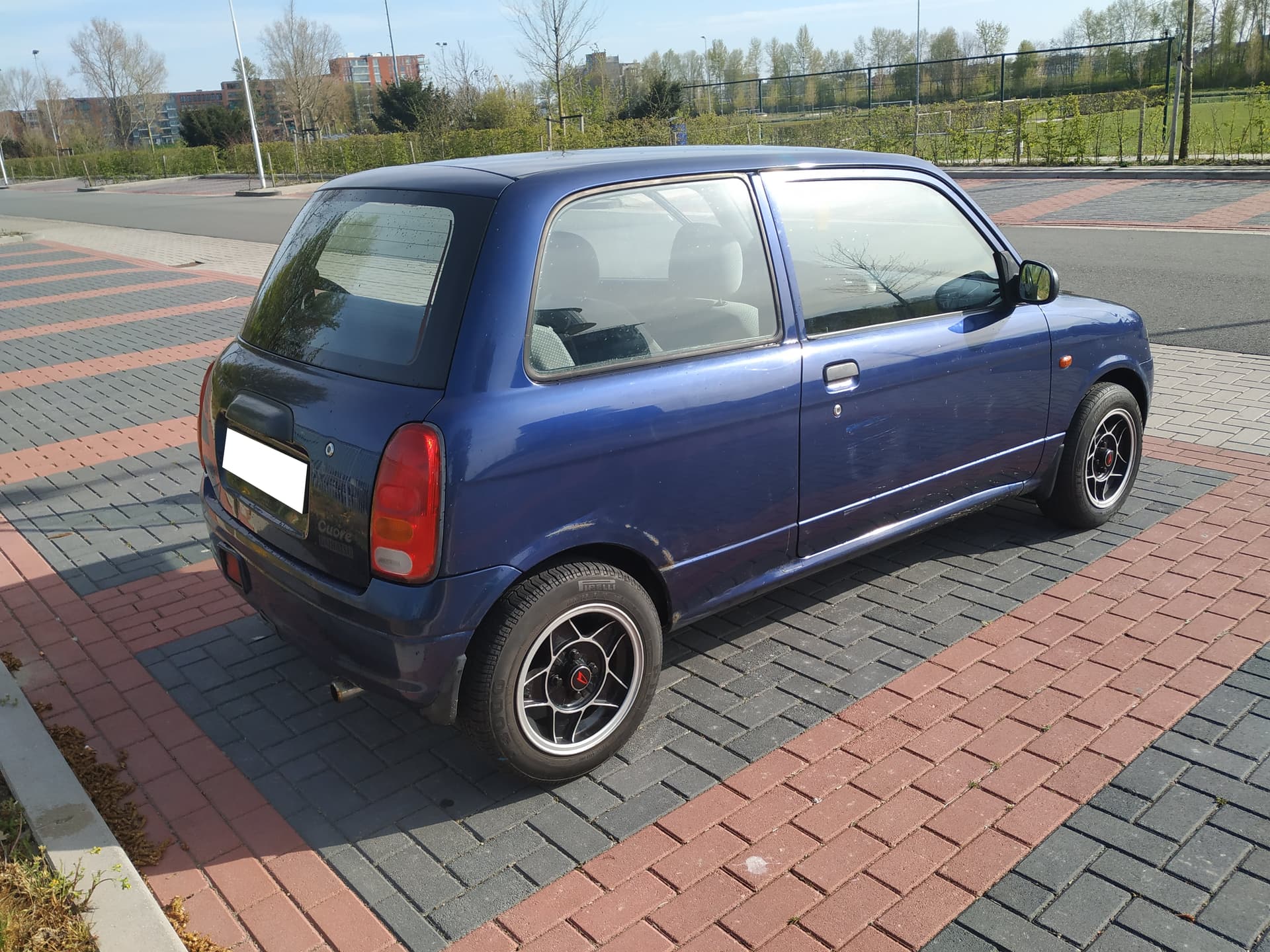 Unfortunately since then I got pretty busy and didn’t get to the swap. I used to take it for a spin regularly, however the engine started to sound different and got sicker and sicker for some reason. When I brought it to my mechanic for an APK (MOT / TUV), it couldn’t pass due to the carbon emissions being irregular. He tried his best to fix the problem but somehow I received the car back even worse and without an APK. He advised me to visit a different garage who could do it for me but without looking at that particular problem. At the moment it is legal to drive, but it’s running on 1 cylinder. I did a compression test cold that was okay, but warm 2/3 cylinders had low compression. I suspect leaking valves, but am not sure. Since I got the other engine anyway, I didn’t look into it much and gave me more reason to do the swap quickly. The car had 10 owners and 226k km on it before I got it…

Last Christmas I looked back into the Cuore and started getting the remaining parts: speedo, ABS module, front brake assembly, catalytic converter and all the service items such as clutch, water pump and the oils etc. So far I’m swapping out the wiring loom and am hoping to swap the engine at the end of the month. 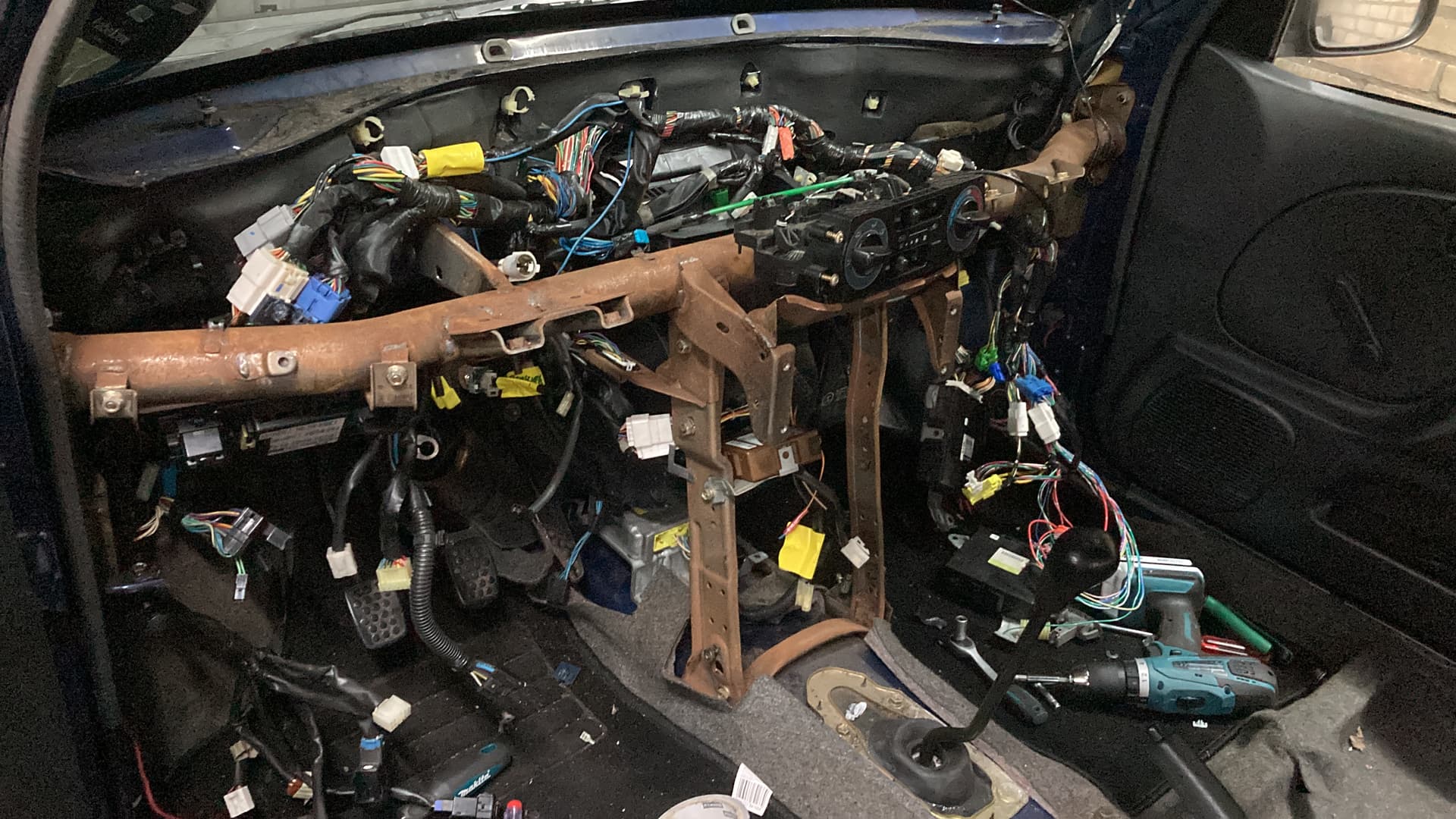 I also found a TR front bumper, which I plasti dipped matt black. It looks pretty good in my opinion 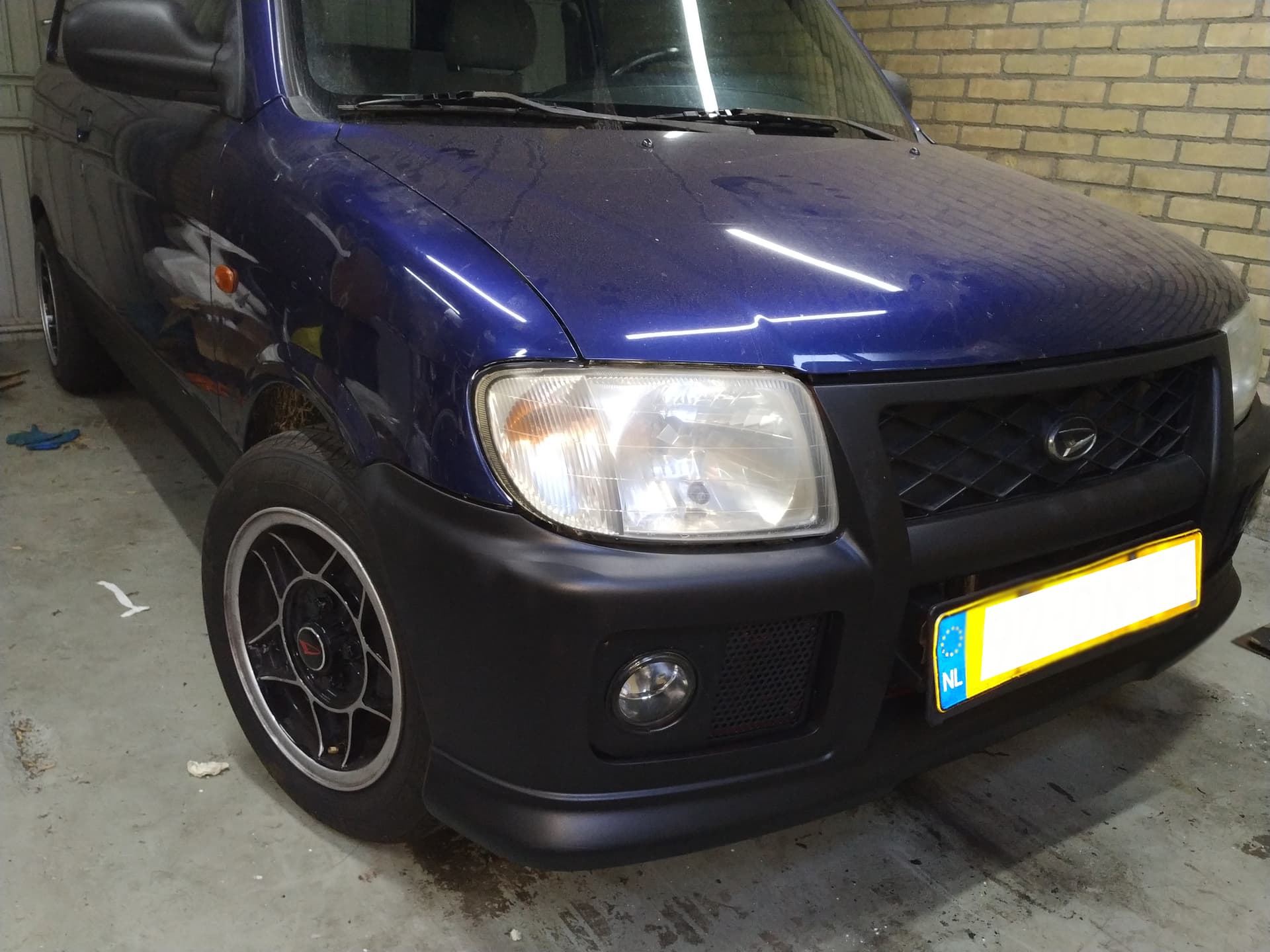 In case you have some tips, tricks and / or advises, feel free to share!

welcome and nice work mate. I wonder if the old engine had done the head gasket between cylinder 2 and 3 and that’s where all the pressure was going. I guess once you finish the engine swap you could take it apart to see what has happened. .

Cool little nugget!
There are a couple of topics on the forum about swapping L7’s, including mine although slightly different. Joining our dutch L7 club (you can find us on Instagram @l7clubnl or Facebook) might be fun/useful for you as well! I’m from the south (#woensel), so depending on where you live, I might me able to help you out if necessary. Good luck!

Beste Appie, I also have a L7 from 2000. Still running ok, but slowly but surely she needs more and more work. Im considering a new car, but also thought if I could fix up mine for not so much, then I might do that. At the moment Im at 148000 kms, and Im sure I could easily do another 60k without any trouble, but would need to fix some things up. If it were possible, Id love to fix her up for about 1000 euro, maybe a little more, but I dont have the tools or all the talent, although prepared to learn. Any ideas of who could do this for me? I live in Den Haag, and use my ‘Hartendief’ everyday for work, so it would be jobs I could do in a weekend. She definitely needs some welding, and I think there is something wrong with the aandrijving. Any info would be great.
Alvast thanks.

Wow, low kilometres. Welcome. Do you have some rust issues?

To be honest. For 1000 euro’s you should be able to get a nice L7 without any of the problems you mentioned.

True but then it’s not the ‘Hartendief’. If I buy a new one then I’ll buy a slightly more complete car. Mine already has the nice 9 inch radio parking cameras and a couple of other things . With a new one i would have to start all over . I love my little Hartendief hahaha, if i had enough money i would restore her completely bring to the 21st century level.

If you don’t have any tools or talent you really need to sort out what needs fixing. If you need something welded, drive chain replacement etc you gonna need someone who knows what they are doing. Drive chain isn’t anything to difficult but someone who can weld the car good (alsin goed en niet bak en braad) is going to cost you allot more. + What else are you going to find while fixing this one? Is there anyone you know that is able to look at the car and make an estimate? Because if you don’t do any of the work yourself €1000 isn’t allot

Thats exactly my thoughts, 1000 euro isnt much considering a hafl decent mechanic will cost anything between 40 and 60 euor an hour. I am a little handy, cant weld, which is a shame, would love to be able to weld, although I know someone that can do some smaller jobs for a good price. The biggest thing is what you said, what else am I going to find once I start looking. Thats why I think at the end of the dya, Ill keep my sweet little Hartendief for now, hopefully she will pass the APK (annual check MOT in the UK) and in the next year look for a new (second hand car). If I had everything, including the talent I wold love to bring it up to 2022 standards but Im afraid 1000 euro ( and a bit) wont do it.
Thanks anyway for your feedback Mophius, its all very interesting and educational.

Thanks mate! I don’t think the head gasket has ever been replaced, I have no service history except the one in the door indicating that the timing belt was changed in 2013. Looking at the rest of the fluids, joints etc. state of paint and many parking related damages on the car, I’m guessing it has been neglected quite a lot.

Regarding taking the old engine apart, I tried taking of the crankshaft pulley bolt but the thing is too tight and possibly rusted. Tried using WD40, person on the brake and breaker bar technic but it wouldn’t turn. At this point I’ve given up on it

Thanks! When doing the last madatory annual road worthy test the garage found quite some rust under the rear subframe. They welded that and now there is only some surface rust

Hey man, love your build! I joined the L7 club on fb, hope I can join the next meet. I’m in a town near Gorinchem, Woensel is a bit far lol. I appreciate the offer, cheers!

Hi Mate, I understand the hartendief part. Mophius has a good point regarding the tight budget in case the work is going to be done by a professional. Last time I brought my car in for the APK the mechanic gave me a list of repairs needed for it to pass and also made me an offer. Perhaps that can be a starting point for you as you will have a list of repairs and a price indication if they do all the work.

The L7 cuore is relatively simple to work on and can be fixed by yourself on a budget, new parts aren’t very expensive and there is quite a lot of supply via scrappers for used parts. There is a lot of info on how to replace parts in the manuals on this forum, but you can also search other websites for more info.

Regarding the welding, I would leave that part to a professional or someone with knowledge & experience on that. Maybe the garage can make you an offer on only the welding bit.

Hopefully you can manage to keep your hartendief on the road, good luck!