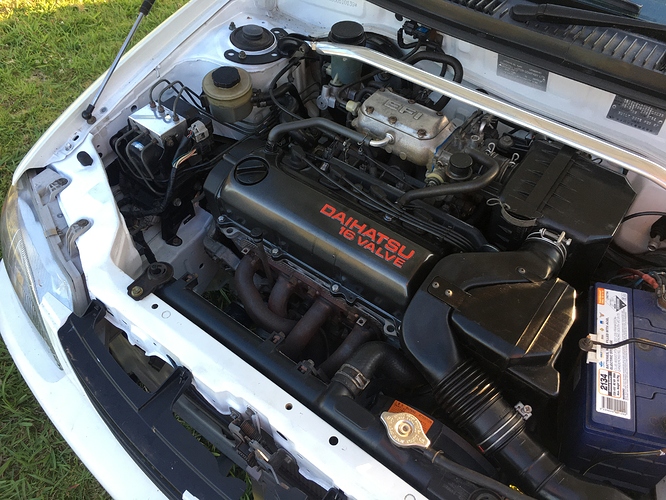 After owning my G203 F2 for a number of years, the 1.5lt engine needed a rebuild, oil leaks being the major problem. So took the opportunity to build a fresh HD-E from a Detomaso half cut (It was sitting in pieces on the dirt floor of a garden shed, ready for the rubbish tip, but that’s another story). Most of the time I’m driving the country back roads and want to enjoy the driving experience. So mainly for the sound, and the nostalgia of twin carbs on my first car, I want to put ITBs on my just run in 1500km HD-E. 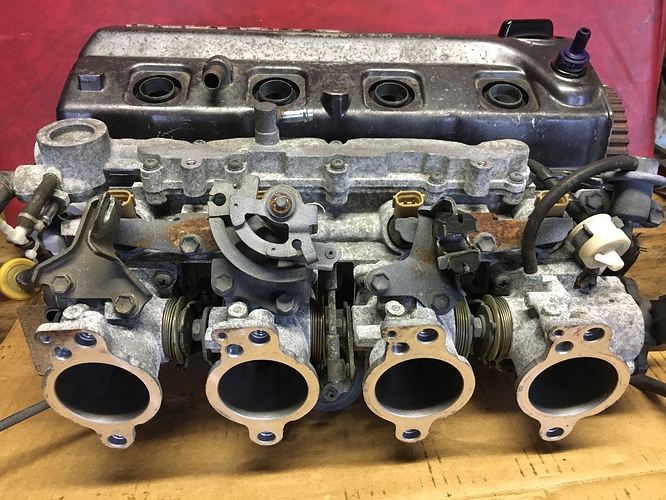 IMG_49504032×3024 2.44 MB
A few ways to achieve this, do I strap four stock throttle bodies together onto a manifold; get a set of motorcycle ITBs and build a manifold; buy some DCOE style EFI bodies; or find a similar existing ITB setup? I settled on the latter, getting a entire ITB and manifold from a 4AGE 20V blacktop. This one from a JDM Toyota Corolla Levin/Trueno [AE111], 1996-2000. 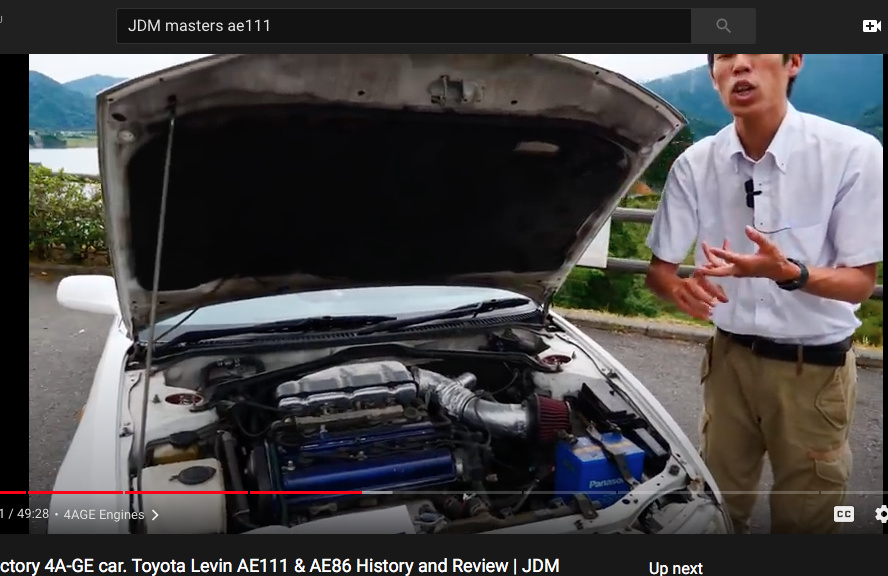 Advantages straight off the bat were …

: the similarity in port shape to the charade H series engine, almost in alignment.

: The bolt holes don’t line up though, but they also don’t clash, bar one corner. So it’s suited for an adaptor plate.

: Running fuel and injectors is sorted, lines plug in on the same side as a stock HD manifold.

: Injector plugs are a direct fit, TPS also has the same plug found on my spare HC wiring loom, except it’s located on the opposite side of the manifold. Some wire extension will be needed.

: The manifold has pretty much a corresponding plug in for everything you’d find on a stock charade manifold. 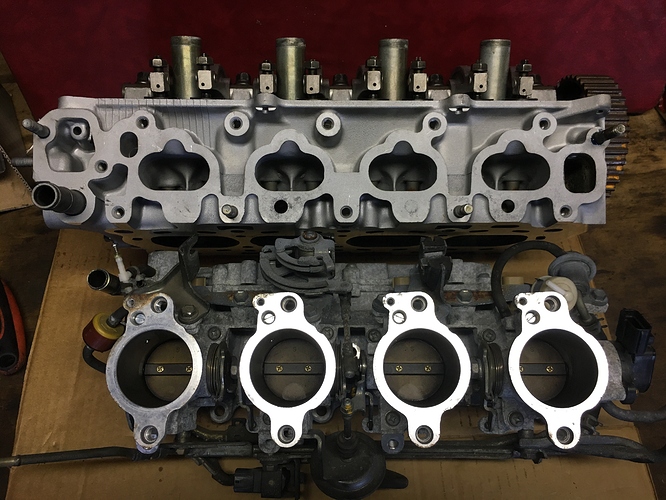 : It’s tempting to just bolt up and run this setup, it has injectors for a 1600 after all, but it will probably run like a bitch due to the extra amount of air available as the throttle plates open.

: It’s also going to be a tight fit, while needing a decent sized ram tube which might hit the brake lines or the bay wall.

: The as yet unknown problems I will discover on the way.

Old mate will only sell it in half meter lengths, he has 10mm, but 12mm works well with bolt sizes. He didn’t have 15mm, which might be excessive. It was $29

Why not use a machined down plate from the stock inlet? Perhaps this is the go if you’re creating your own manifold, the injector rail will bolt up here. Though for this situation, there isn’t enough metal to tap the manifold threads. 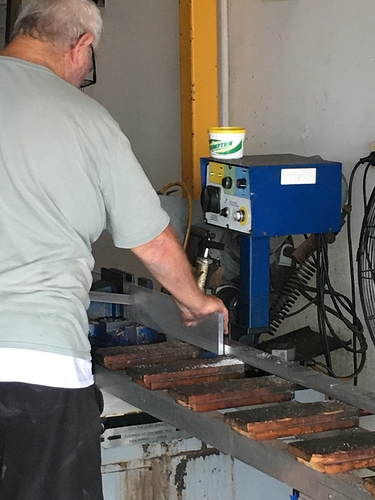 Cutting the plate
Working on a shinny bit of metal was made easier by spray painting over the old gasket. Drill points and overall size can then be done by eye, I didn’t use a ruler very much. Base of the plate lines up with the bottom of the head and the length accommodates the power steering bolt point. 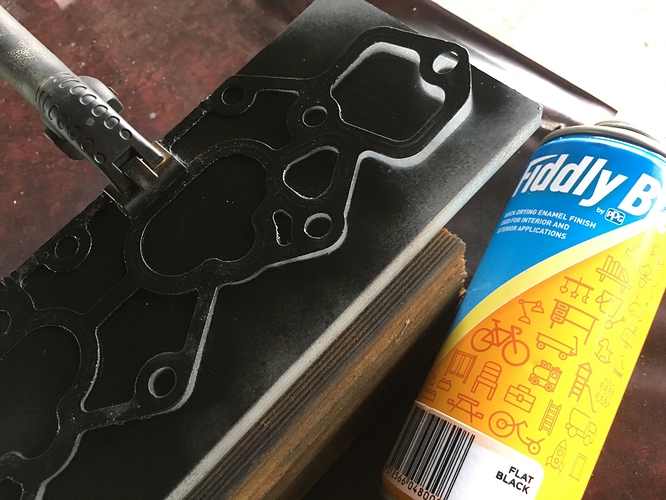 IMG_49644032×3024 1.93 MB
With studs removed, the plate bolts to the head with recessed Allan key fasteners, the result is a flush surface. These are 9mm drilled holes that are then recessed at 45 degrees, drill press and spraying some WD-40 into the cut. 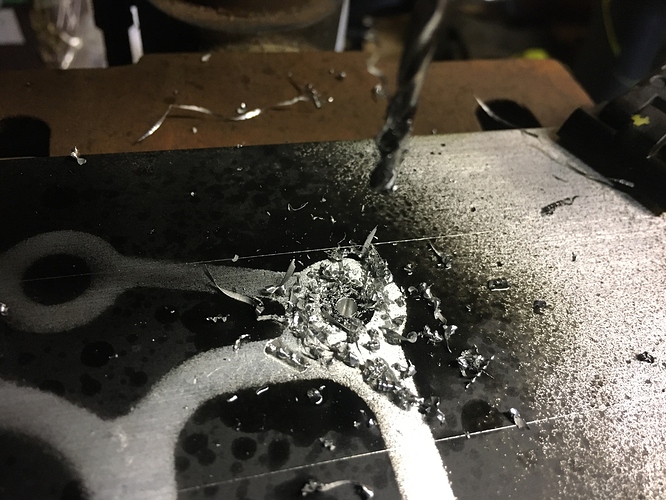 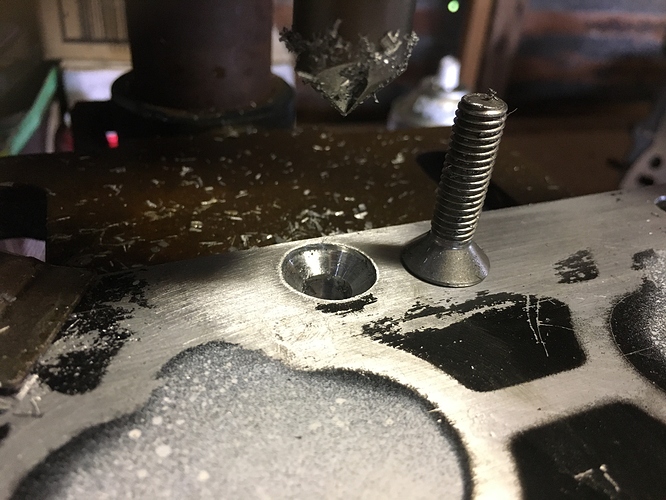 IMG_49684032×3024 2.05 MB
Not having a gasket for the ITB manifold, I pencil rubbed a pattern. I used this latter for the port size, since placing the manifold down on the plate and spray painting down the bolt holes was just easier to get the positions. No ruler yet, just by eye. 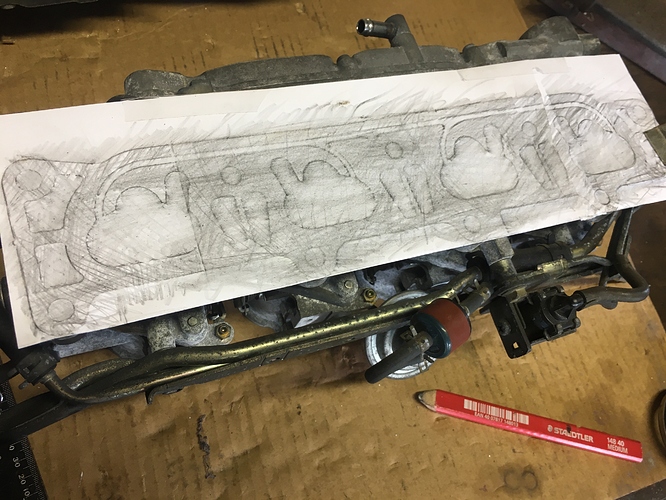 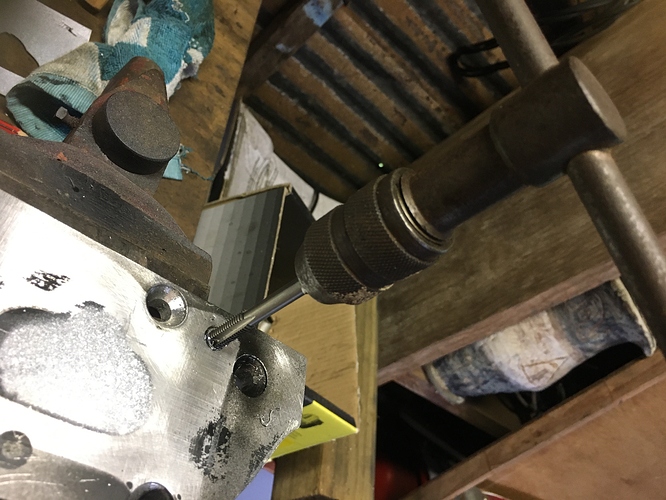 IMG_49694032×3024 1.82 MB
Spray painting two colours to show the two port sizes. Common overlap is drilled out and match porting was done with files. Which was time consuming. Occasionally placing against either the head or manifold to see the progress. 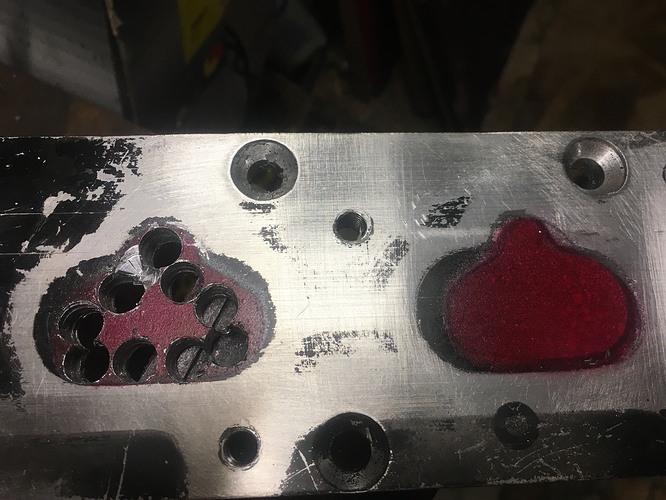 This is what it looks like, sanded, bolts in position. 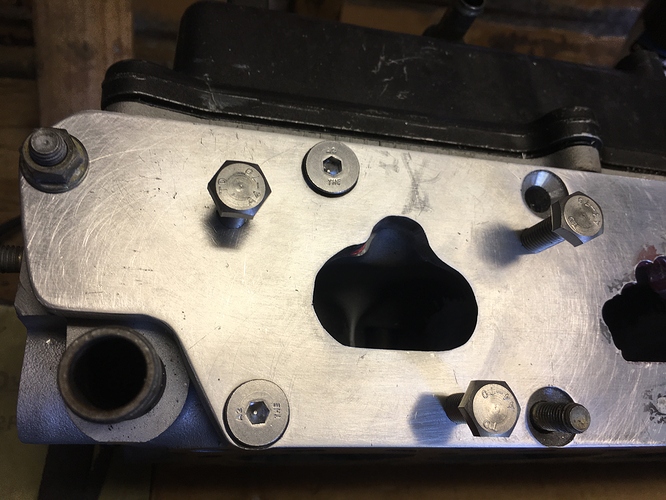 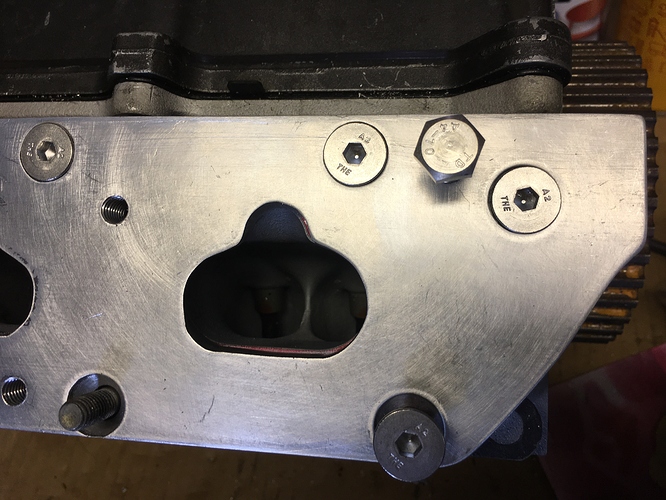 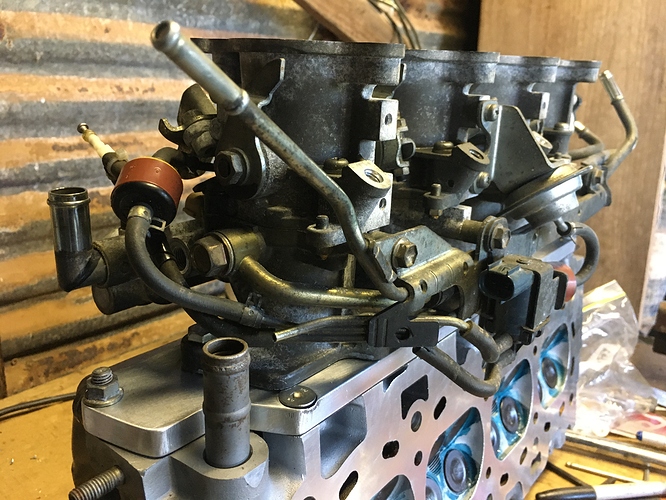 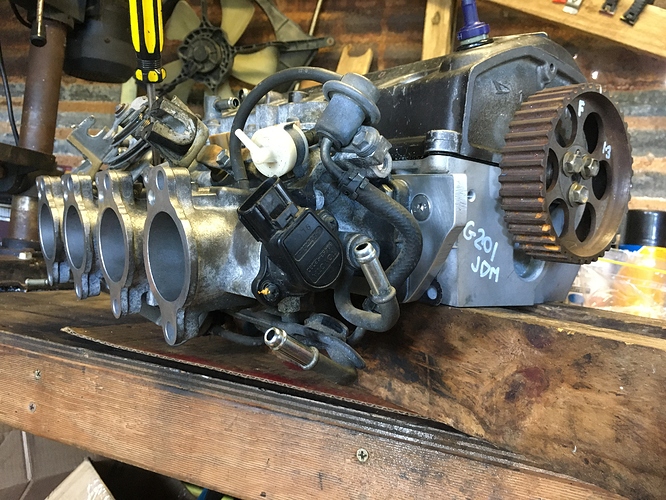 Awesome job mate can you make me one hahaha.