Have three questions regarding the Daihatsu Cuore.

3 - Assuming the following is a feasible and straightforward engine swap, interested to know what users experiences are with L700 KR engine conversions and how much of an improvement is it?

L251 has a different intake, not sure if it made a difference but aren’t the L251’s lighter than the L700? could also be the gearing of each has alot to do with it. pretty sure the Avanzato was stopped after the L5’s. sorry don’t know the KR motor, here in Australia the main swap is the K3-VE2 from the gtvi sirions

Here is a side by side comparison;

It is weird because have seen other motoring sites claim the L250 has a 0-60 time of some 11.8 seconds, with the L700 having a claimed 0-60 time of 12.8 seconds while others claim the figures for the latter is underrated and actually capable of running 0-60 in about 12.2 seconds.

Based on the above comparison one would expect the slightly lighter L700 to be quicker from 0-60 unless the slight increase in torque for the L250 makes up the difference.

Have to wonder whether the K3 4-cylinder and KR 3-cylinder are related to each other in some way, familiar with the K3 conversion as done by MCM.

Like the idea though wonder whether the 138 hp K3-VET from the Terios is easy to slot into the L700, also surprised the larger 1.5-litre unit was never the recipient of similar treatment as well as interested to know if it was capable of being further enlarged to 1.6-litres.

The notion of a 70 hp 1KR-FE in an L700 is appealing in terms of slight increase in performance combined with sub-100g/km low emissions.

L251 would be a bit quicker due to better aerodynamics or at least less frontal area.

It is possible the better aerodynamics and/or less frontal area could account for the L251 being slightly quicker, even if the 0-60 figures for the L700 were reputedly underrated.

On the flipside the L251 is apparently notable for its bodyroll and tyre squeal, yet so far have not heard anything negative about the handling of the L700.

Seem to recall a supercharger conversion kit for the 989cc EJ, though curious to know whether a hypothetical turbocharged 989cc EJ would be capable of putting out similar figures to the CB-70/CB-80?

Additionally would 70 hp be feasible for a tuned naturally-aspirated 989cc EJ?

Turbo EJ-DE, std block and head with custom manifolds, after market ecu very reliable 130fwhp. 150fwhp a bit problematic. Some will argue the CB80 is better. It is older tech. Parts are rare. It is bigger. Having cut EJ-DE heads in half the cross section is akin to what Cosworth do with downdraft inlet ports, narrow valve angles and good combustion squish. There are stories CBs with 250hp, unconfirmed. Somewhere on [https://www.autospeed.com.au] is the story of a race TRXX awd wtih CB80 that had a huge amount of development and appeared to be no expense spared (although they kept the factory gearbox which was the strangest thing as it would be the weak link). It was only something like 180hp and not sure if crank or wheels. Maybe a CB80 is “better” but I don’t see many and the one time I did look at buying a pair of engines I decided they would be a money pit.

Was always perplexed by the EJ not being turbocharged in the L500/L700 or even the G200 to create the spiritual successor to the CB powered Charade G100 GTti, even though the G200 featured the larger H-Series engines. Good to know a EJ-DE Turbo is capable of matching the CB70/CB80, a production EJ-DE Turbo with 105-120 hp would be an improvement had Daihatsu been inclined (the same can be said for the X-021 concept car had it been approved for production).

It is known whether the EJ or H-Series were capable of being converted to diesel to replace the CL engine? IIRC Daihatsu worked on 47 hp 660cc 2-cylinder and 60 hp 987cc 3-cylinder two-stroke twin-charger diesel engines (the latter the E202 engine in the Sirion 2CD), yet nothing on a replacement for the CL diesel.

I’d never seen a X-021. Thanks. A quick search shows it has never been mentioned on the forum before. 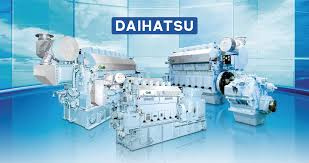 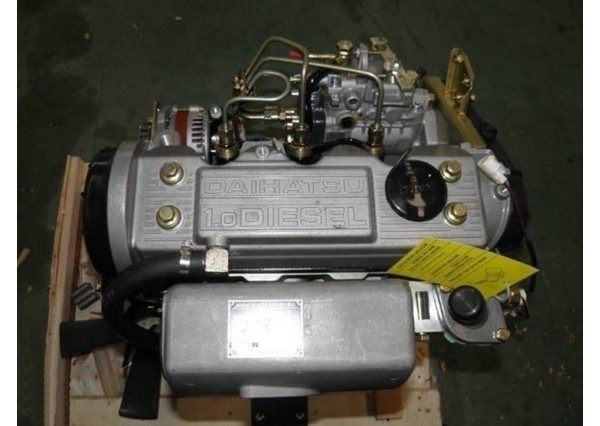 The point being, as you pointed out, no CL replacement despite history and depth of diesel production?

Not heard of the bunker fuel ship engines.

Had Daihatsu been interested in producing a suitable diesel for the L500/L700/L250 models, the near benchmarks for a hypothetical 989cc EJ turbodiesel replacement to the 48 hp 993cc CL turbodiesel would be the 40-54 hp 799cc Mercedes-Benz OM660 used in the Smart Fortwo and the 57 hp 936cc Fiat JTD / GM XSDE in the Chevrolet Beat.

Bunker fuel is low grade diesel, all rubbish oil and anything that burns with some heat or compression. Daihatsu have done and do a huge range of stuff

So something like used cooking oil from McDonalds, KFC etc after some light processing?

Effect of waste cooking-oil biodiesel on performance and exhaust emissions of...

The ever increase in global energy demand, consumption of depletable fossil fuels, exhaust emissions and global warming, all these led to search about…

Vegetable oil can be used as an alternative fuel in diesel engines and in heating oil burners. When vegetable oil is used directly as a fuel, in either modified or unmodified equipment, it is referred to as straight vegetable oil (SVO) or pure plant oil (PPO). Conventional diesel engines can be modified to help ensure that the viscosity of the vegetable oil is low enough to allow proper atomization of the fuel. This prevents incomplete combustion, which would damage the engine by causing a build-...

I had a friend at Uni (20 years ago) who said they were using it in the homes Mercedes but there was some processing they had to undertake at home (very limited).

Bunker is the left overs of diesel/petroleum, add vegetable oil if at hand and any other oil that will burn and would otherwise not sell.