Hey there guys. Owner of an L700 in the process of getting a AWD conversion done. Just some quick questions with regards to LSDs and running AWD.

I understand the DSport LSDs are made for cars that are FF only. Cusco JP does have a few products, seemingly exclusively made for the M312S and the KJ-VET engine and transmission.

Now the L7 I have at the moment already has a K3-VET from a YRV turbo conversion done, however instead of the standard 4-speed automatic it’s got a 5-speed manual from a Storia / Sirion M100. It’s in the process of getting AWD, from a donor L9. Basically the fuel tank, centre shaft, transfer case will be from the L9 and they all fit, my understanding is that the ratios from the rear axle and transmission all match too. The transfer case is also the same one as that on the Storia AWD with the K3-VE2 5-speed manual, and the rebadge of the Storia, the Toyota Duet. I don’t have part numbers at the moment but I’ve them written down somewhere.

So there’s this chap from Japan that managed to make AWD work with a 5-speed manual on a Storia chassis, and he confirms that the Cusco LSD for the M312S works on the rear axle but he uses a Storia X4 (with the JC-DET) LSD for the front:

There’s also a company in Japan called Provile that makes “FR” bits for AWD L7s so they can go drifting and they use 2-Way Cusco LSDs on the rear axle which are originally for the M312S.

Thanks guys for your time.

Welcome. Wow, that’s quite the conversion! Looking forward to hear how it goes.

Thanks, I’m hoping all goes well too. As of now we’re still getting the AWD conversion done but I’m hoping to fit both front and rear LSDs. The DSport LSD is out of the question since they’re absolutely FF only, although I do believe they’re OEM’d by Cusco JP.

The Cusco LSDs in question are the 772/3 ones, and are quite pricey. While they seem to be made exclusively for the Boon X4 M312S they seem to fit other Daihatsu axles. Hopefully all goes well with the AWD conversion and then we can try fit a front and rear LSD with the aforementioned combination of parts and bits n’pieces.

Some interesting stuff the Japanese are doing with the L7.

The Daihatsu official unofficial Rally team (DCCS)built a few of these back in the day. Comes on at 3:30 Here
They went very well indeed
I’m almost certain they used M1 x4 parts if not were factory equipped 4wd in first place - that was running jc-det as well

Certainly easier fit in the m series chassis
And heck of a lot cheaper
X4 stuff is not cheap
But then you can have output for 4wd link there already from the diff.

There is also a 4wd version of the L7
Also of the yrv turbo
Depending on what your budget and importing ability is you could get the parts in from Japan if there aren’t many locally being wrecked?

Hey there mate. Thanks for the replies. Wow quite flattered that some of the forum’s more illustrious and experienced members like yourself and Mr Gormsby have replied in quick time!

I missed out on a proper front and rear cut JC-DET M112s X4, complete with front and rear LSDs and everything. Considering its rarity and reputation, the price it was going for wasn’t too bad either.

My only concern at the moment is the fitting of a front LSD, as the Cusco 772/773 bit does fit into the rear axle even though the Cusco part is designed for the M312S.

Right now this are the current state of affairs:
L700 4-door body -> K3-VET from YRV turbo -> M100 Storia / Sirion 5-Speed (not sure of the transmission code or part no.) -> L9 AWD (transfer case, centre shaft, rear axle); and finally the Cusco front and rear LSDs.

Hi! I’ve no idea how I only just stumbled across this thread now and not earlier. Awesome project, very interested to see photos !!!

Regarding the front differential, it is very important to find a diff Centre from an AWD Modell, there is an extra splined driveshaft for the transfer case protruding from one side of the center. As for the housing, as far as I know they are the same, both 2wd and awd gearbox housings have the bolt holes for the transfer case. The output seal is different. Diff gears are interchangeable between the awd front diff and the 2wd front diff.
Hope this info helps

BTW I wouldn’t bother with a rear LSD, with the viscous coupling I doubt you’d ever break traction on the rear axle unless your driving off road, IMO it would just increase lift off oversteer (maybe there is a one way lsd available?)

I believe any front LSD from either an M112 or M312 will work for your application.

It’s been a while since I posted and progress has been somewhat slow, due to Covid19 and a variety of other reasons.

I’ve got some photos here of what’s been done so far, hope you guys will find it somewhat interesting. 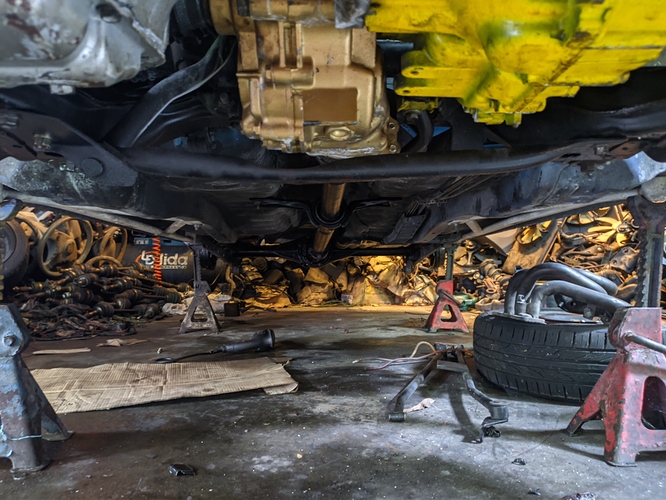 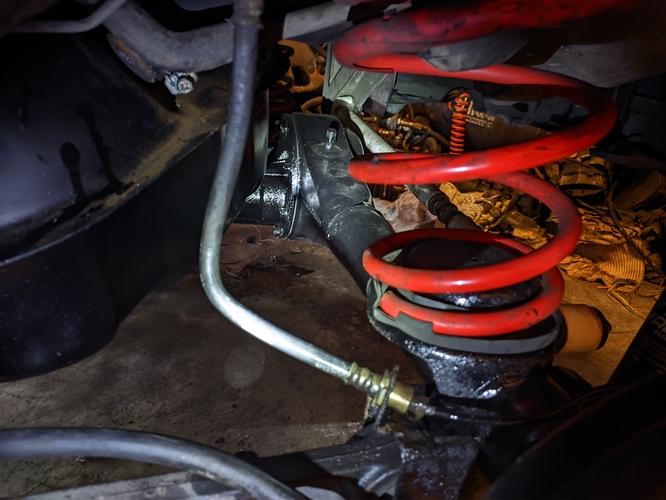 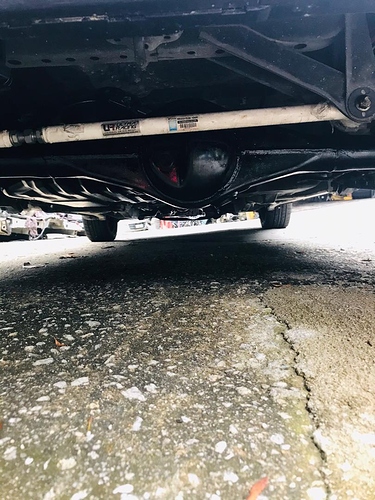 Edit: thanks guys for all the input. I’ve been somewhat scarce since the initial opening post but I’ve read everything and taken on board what you guys have to say and share, so thanks for all the replies and knowledge shared. 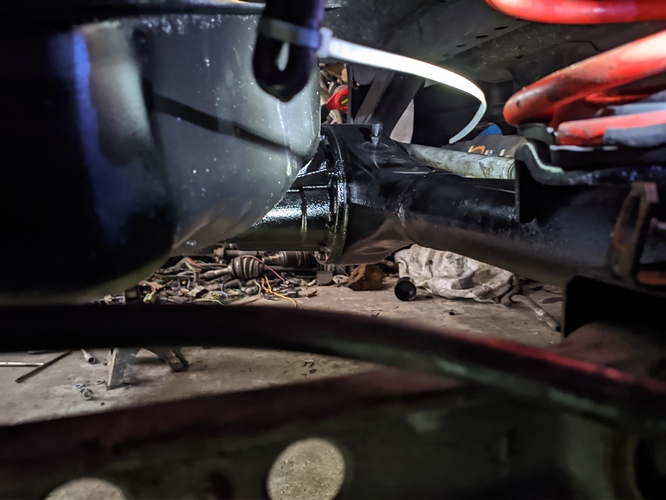 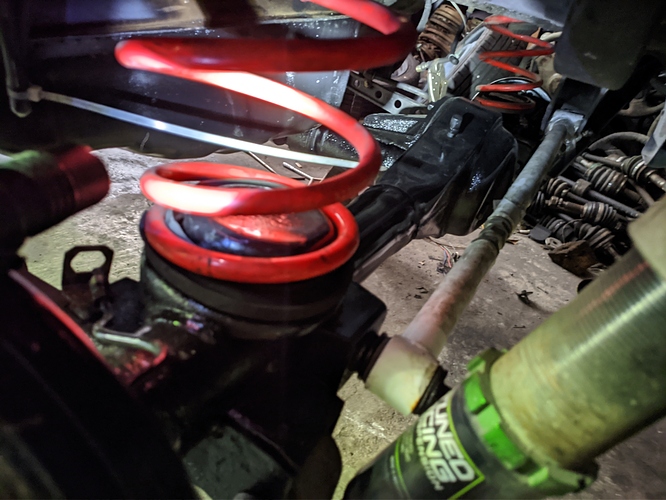 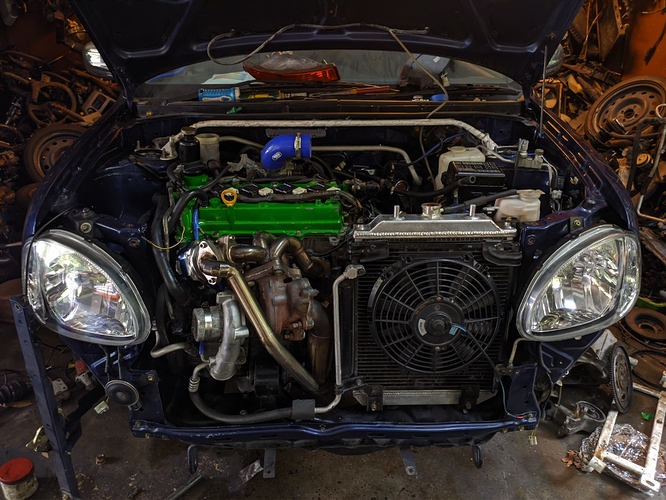 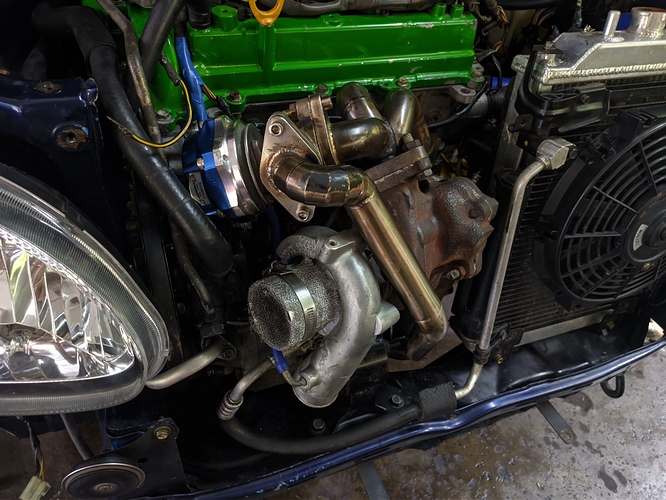 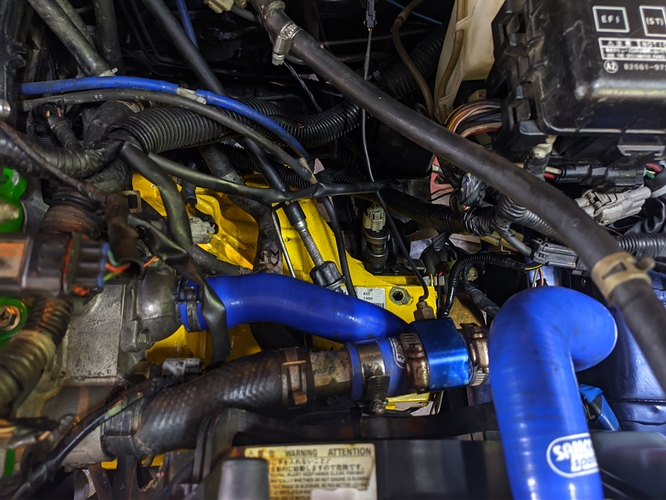 Some additional photos;
M100 series gearbox (not sure code or part no.)
M100 series transfer case
L9 long shaft
L9 rear axle
L9 AWD fuel tank (mounts needed to be modified a bit)
L7 gear linkage but bent to accommodate AWD driveline
Aside from the aforementioned minor modifications they all bolt straight up.

Thanks everybody for their time and knowledge. Hope everyone’s doing alright in these trying times.

Looking good, just curios though, was the mount for the panhard rod already on ther chassis? On the sirion i had to add one

Yes the mount for the Panhard rod was already there from the factory. As some of you guys may have already deduced, I’m from Malaysia (although I’ve spent the better part of the last 10+ years in Australia) and the Perodua Kelisa, as the L7 here is called, is pretty much mechanically and physically identical to the Japanese spec ones. Someone with more knowledge on the matter can correct me on that though.

Ahh yes, i have seen photos. They have a kind of dummy axle in the rear instaed of a standard FWD rear axle. That definitly makes everything a bit easier.

The ride is off to an exhaust fabricator now to install a new exhaust as the existing one used to live in the tunnel where the long shaft now is. Hopefully it’ll be done soon, it was on jack stands for almost 5 months (partly due to the search for AWD bits and pieces, partly due to Covid19). I’m very interested in how the AWD will work with the TD04, as the primary motivation for more grip and traction was because of the TD04.

Thanks guys for your input and for your replies and time.