I’m back for more.
But this time with a Feroza.

In all honesty it’s not the best looking F300 around, but it’s technically in great shape.
It has VERY little rust and i rarely hear an engine run this good.
There are a fair amount of dings and dents and scratsches. But i don’t mind.

Gonna pick it up tomorrow.

I’ll be using it mostly for what it’s made for… OFF-ROADING!!!

So the plans are…

There’ll probably be more, but this is what my plans are at the moment.

Great to see some of the 4x4 Dais getting some love too. 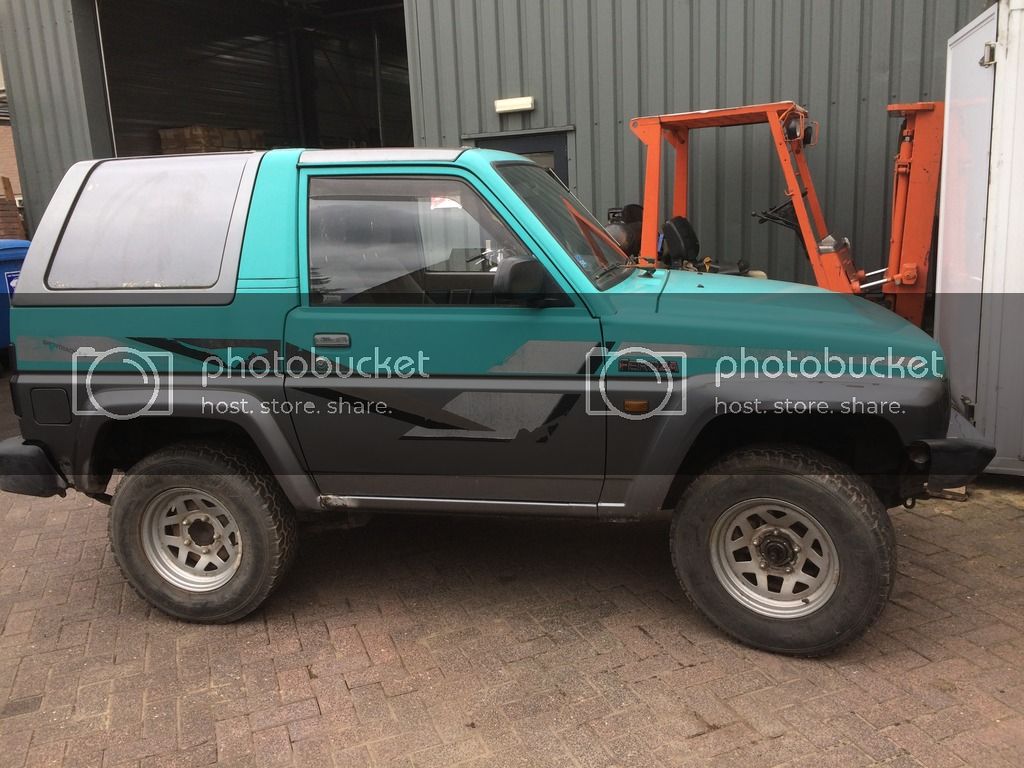 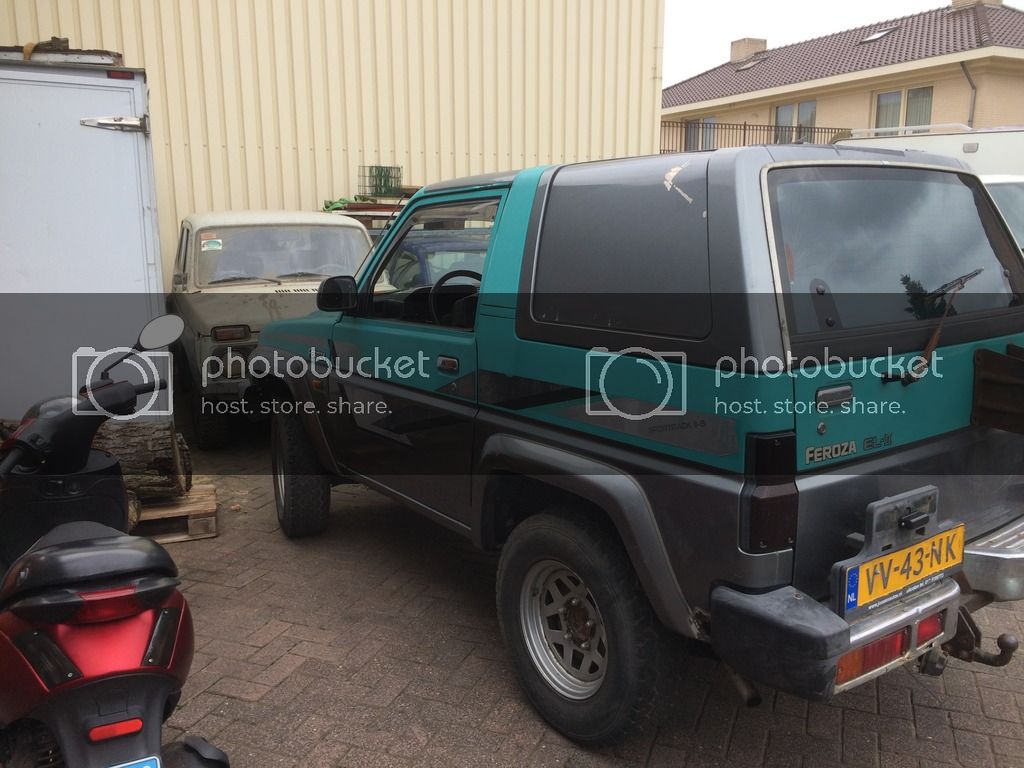 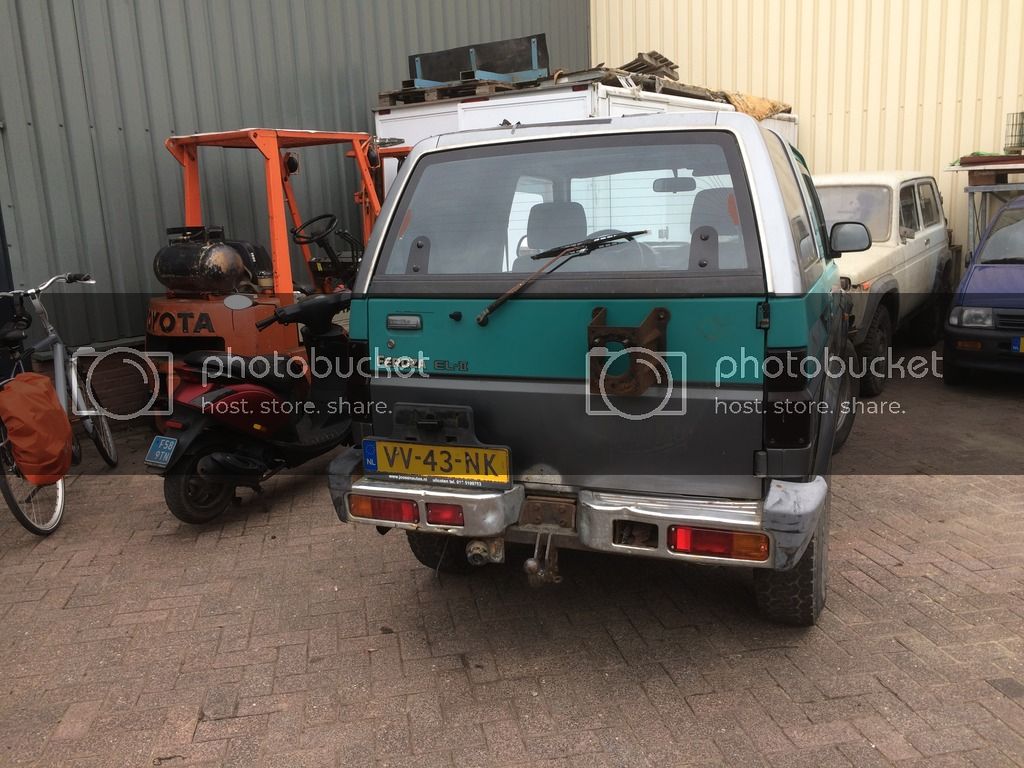 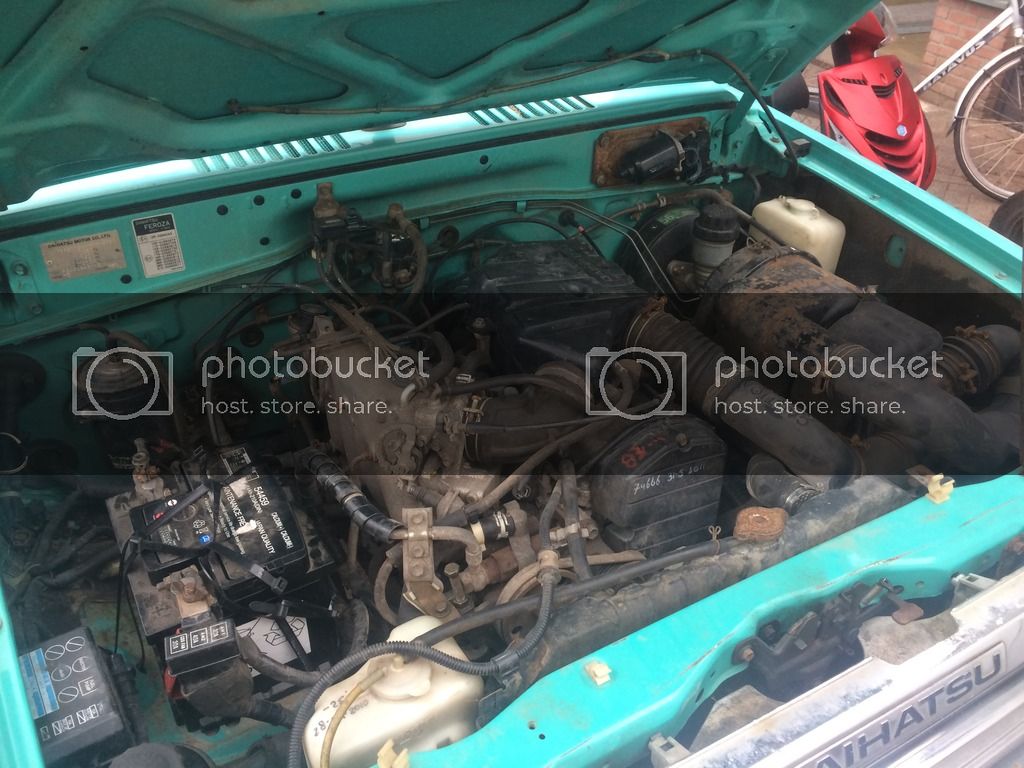 I will be testing it off-road at an event in about a month.

Already took the front bumper of to make room for the winch bumper.
will be buying and ordering parts for it the coming days.

Been trying to install the winch mount, but it didn’t turn out the way i wanted.
It feels very flimsy and weak. Even though i can jump om it, i feel like it’ll rip right off when i’ll be putting a little load on it while winching.

So i’ll be looking for a different way to mount the winch.
If anyone knows where i can get a decent and cheap winch bumper or know a proper way of mounting it (without to much hassle, PLEASE let me know!

Pics will come later. I’m to tired to upload them to my pc right now.

you can upload pics directly from your smartphone, use the upload button in the bottom right corner when your writing a post.
I would imagine with a welder and a bit of elbow grease you should be able the build a winch mount quite easily that bolts the the chassis rails. Have a look on google images for some ideas, otherwise im sure something could be sourced from TJM or opposite lock

I didn’t post from my phone but good to know that it’s possible.

Trying to find the perfect location. Fabricated and welded a place to mount the winch plate. Not happy with the end result. So I’ll be ripping it of and start over.

The second and third photo got swapped over. But I’ll fix that after lunch.

Sorry, I forgot to swap the 2 photo’s.

After a long and tiring week I finally got the chance to work on my feroza.
I got it all made to fit and welded and bolted on.
Now I’m about to mock up the stainless steel snorkel I’ll be making. If any pics are switched I’ll put them back in order if I don’t forget (again).

EDIT…
Photo’s are now in the right order.

I went mudding past sunday. It was fantastic.
Almost rolled over one time, but unfortunately i didn’t. It would’ve made a nice story.

Used the new winch 4 times, stressed it 2 or 3 times of which one time was to lift the front end of a car to change a flat tyre. 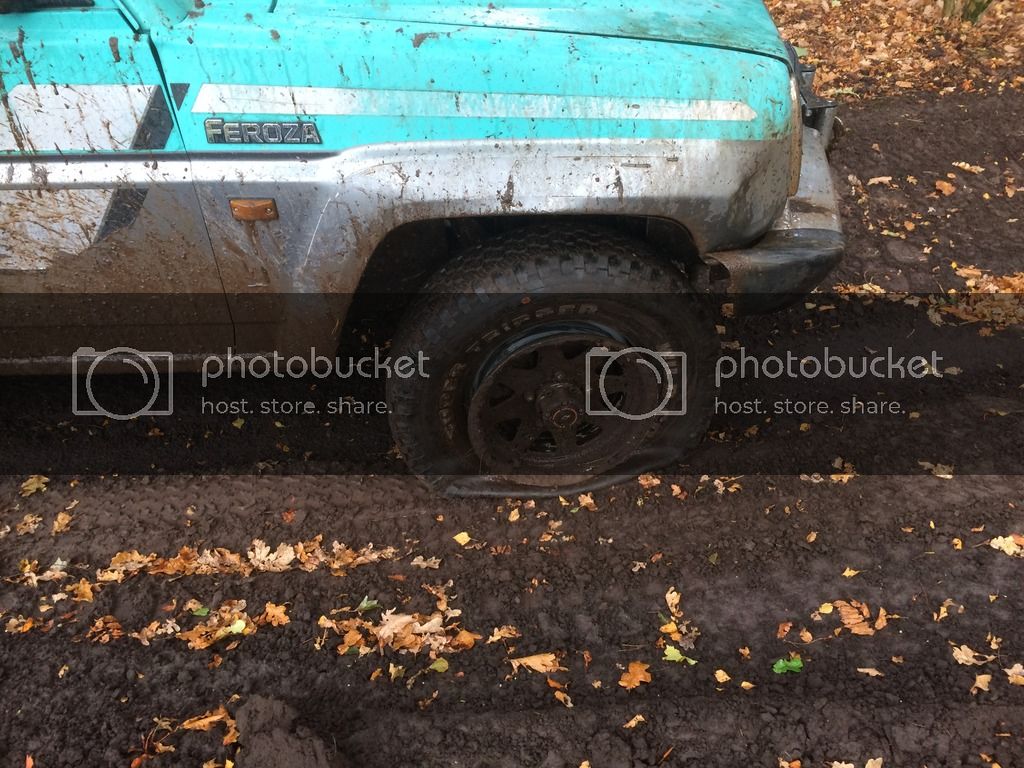 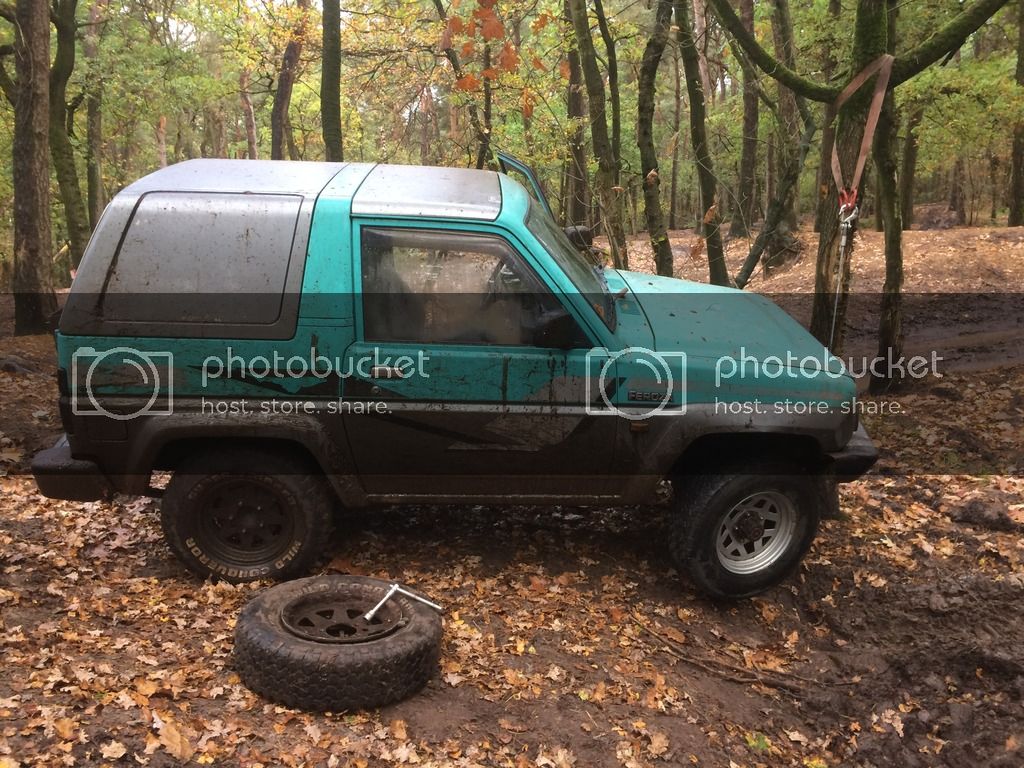 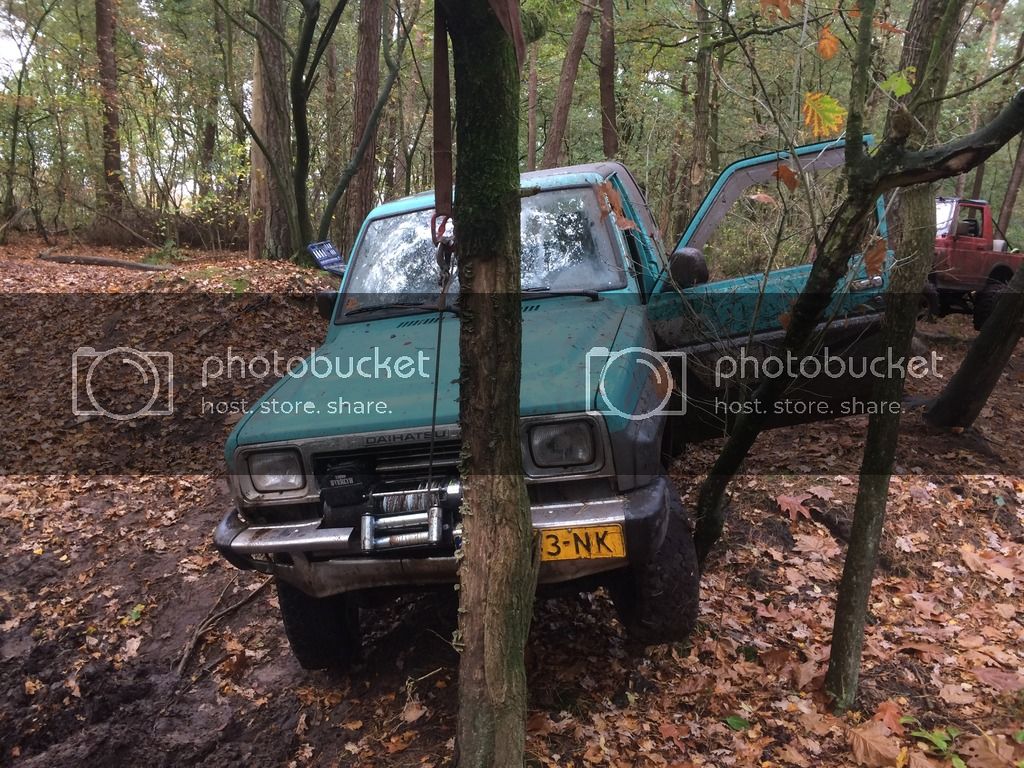 I bend the rear bumper a little. I think it was in this hole.
You might not expect it, but it was very deep and steep. (One of the times i stressed the winch a bit). 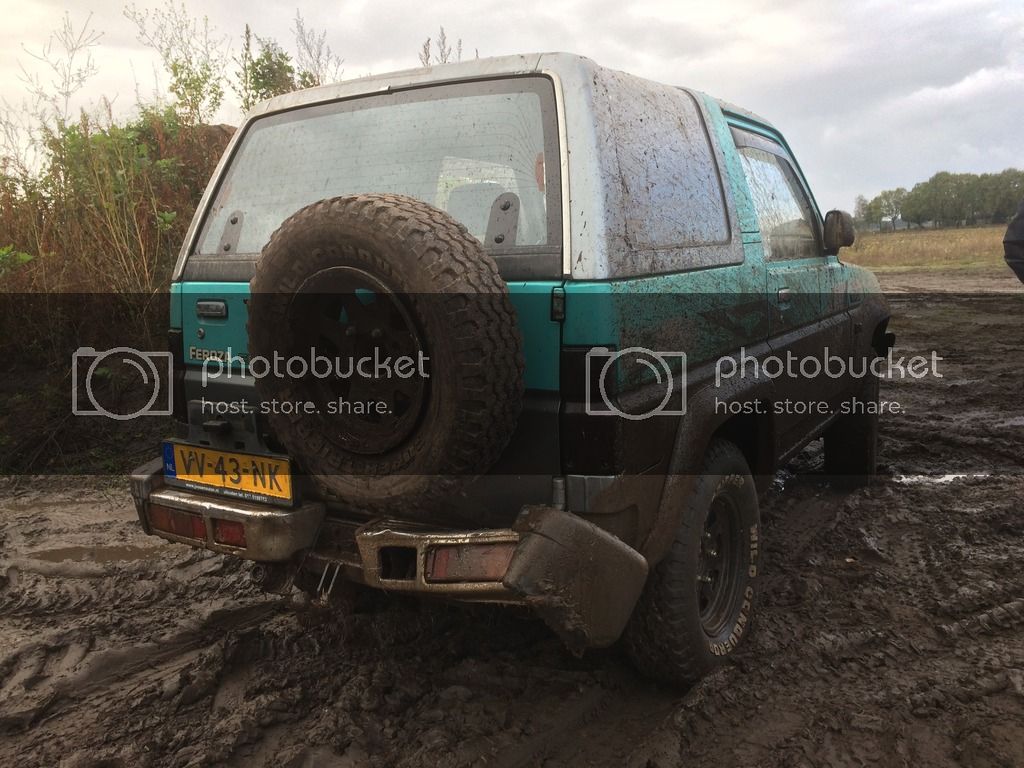 Also bend the winch plate and the roller thing a little bit.
BUT… The winch mount i made didn’t budge at all! 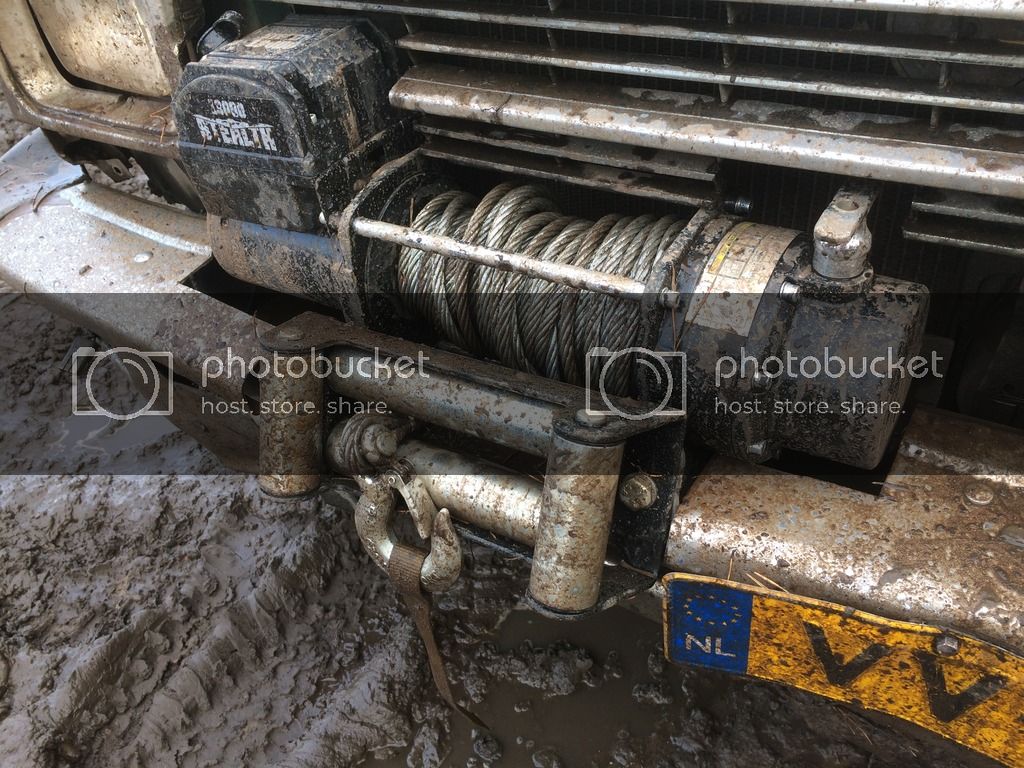 Possibly a lot more, but can’t think of anything else right now.

Any ideas, suggestions or comments are welcome as always!

I would look at fabricating a kind of tubular bullbar with winch mounts integrated into it, would solve the issue of a front bar and strong winch mounts in one hit. Also you could knock up a snorkel from some intercooler pipe pretty easily and cheaply, and they look pretty good in my opinion.

I think something similar to this could be achieved with basic tools and materials, and a bit of know-how

That does look really nice!
Personally i was thinking of making something like this. 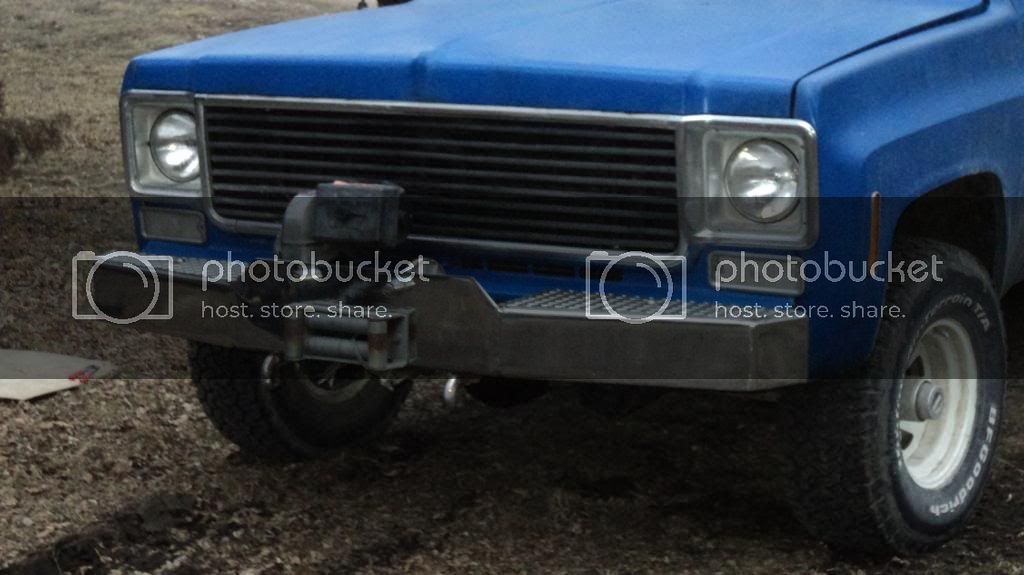 For the snorkel i already have some stainless tubing. Still have to order the silicone bends though.