More than I bargained for

So I bought a 1992,S82 Daihatsu hijet . lmported it from Japan back in January 2021. I love that little truck. But anyway. I wasn’t able to go where all the big trucks,and other big cars can go.
So I found a man who sold me a larger HC series engine ,gearbox, propshaft, and rear end to replace the drivetrain that was stock .
The man I bought from was saying to me . Yeah , they should fit. They’re only 6 years apart. They couldn’t have changed things too much . So I bought ,and imported the 1.3l 16v ,fuel injected HC engine,with 5spd manual.
I’m all excited to swap everything ,and nothing fits. So find a fabricator to mount the engine,and it’s too long. The distance from the rear end yolk,and the transmission was almost nothing. And off by 3".

We have to use the original bolt holes on the frame to mount the bigger. So my only choice I can think of is to move the rear end back enough to get a prop shaft in between the trani and rear end .
Besides moving engine forward. Is there something else that can be done ,and not so labor intense?

Why not just have the driveshaft shortened?

The photo here. You see that there is enough distance for somewhat a driveshaft. But that’s isn’t where the engine has to be . To use original bolt hole that held the original engine . The eng is ne trans have to come back almost to where they touch . And that’s not enough for the drive shaft. I’ll have to take out u joints and put in some other kind that move in different directions. I don’t remember what they’re called. 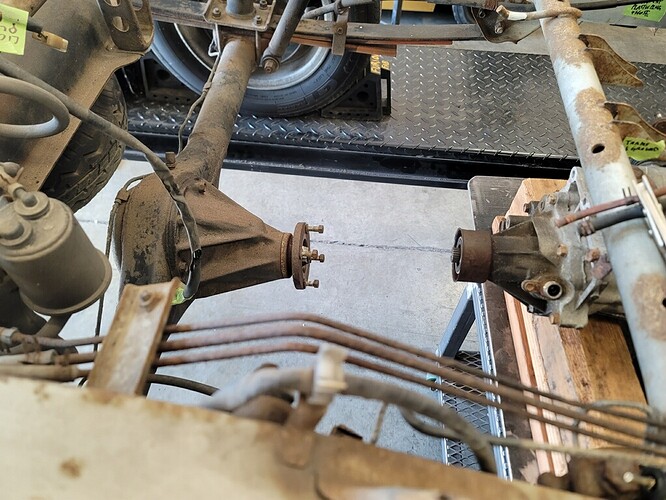 Your best bet would be to go out and find a rear suspension set-up from a Datsun 510/610 or similar. That way, it wouldn’t matter as to how short the driveshaft ends up: 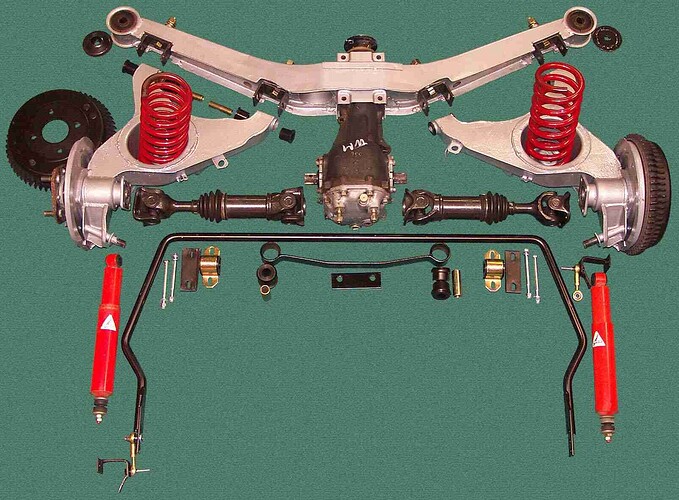