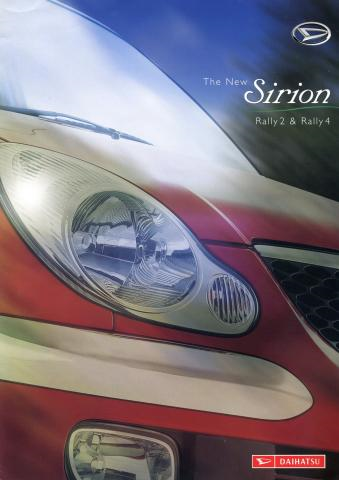 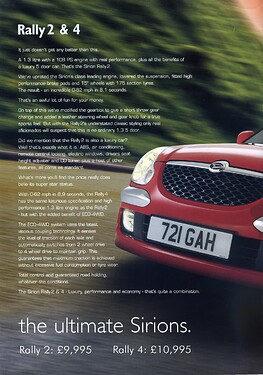 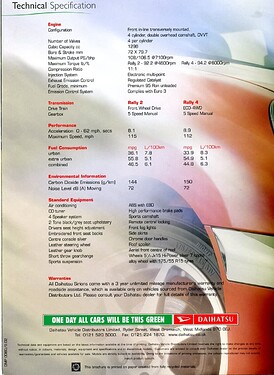 The original brief from International Motors was to find some simple ways to make the 1.3SL go faster, handle better and be more pleasurable to drive, without drastically changing emissions or mileage. However, all of this had to be able to be supplied on a very tight budget.

We initially tried a piggy back ECU which initially worked well on the dyno but after a few days the OE ECU had accounted for the piggy back settings and returned to original.

We then looked at the exhaust cam and with a mild increase in overlap duration, it seemed to work on paper. We had a cam reground with appropriate shims and saw an improvement on the dyno with very little in extra emissions. We saw around 8 BHP increase and Carbon Dioxide emissions only raised a small amount to 144g/km.

Suspension springs were lowered and uprated that worked well for both front wheel drive and four wheel drive.

When playing around with the suspension we used a 16mm rear anti roll bar on the front wheel drive Rally 2, which worked very well. Unfortunately, it took costs over budget and was only available as an option, which was not normally taken up by new purchasers.

We had race spec’ compound (DS 2500) brake pads made for us by Ferodo specifically for the Sirion.

The OE Steering Wheel was leather covered in black with red stitching.

The OE Gear Knob was leather covered in black with red stitching.

Both front seat squabs were embroidered with either the Rally 2 or Rally 4 logo.

Items we did not develop and supply were; 4 x Rally2 or Rally 4 decals and 5½Jx15 wheels which were sourced from Team Dynamics/Rimstock with Continental Contisport tyres.

We then took the cars through long winded homologation certification.

All of the equipment was shipped to the International Motors UK import docks for the personnel there to install. The first few cars had to have their rear wheel arches rolled to accommodate the tyres, until the wheel offset was sorted. Installing at import docks counts as “factory built”. All Rally2 and Rally 4 started life as either a Sirion 1.3SL or a Sirion 4trak. 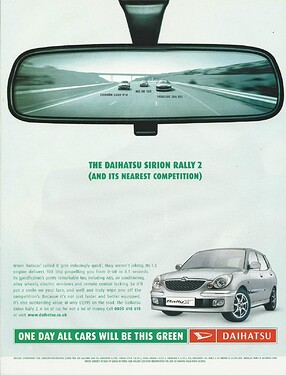 Awesome info! Thanks so much for the write up.
Was the rear anti roll bar the same design as the stock one that came on earlier cars (but a bit thicker)?

Hi, not sure about earlier cars, but we originally had them made in Sheffield in the UK. The exact same design and size was then used on YRV Turbo 130 build.

Looking at options for my Rally 2 and noted with interest what you say about a rear 16mm anti-roll/sway bar.

Mine does not have one fitted but the holes are pre-drilled in the rear beam, it looks like a very simple job to bolt one in.

Some aftermarket companies offer them in 16mm, 18mm and 19mm diameters, did you test thicker bars and what made you settle on 16mm out of interest? If looking at aftermarket, could you comment on the suitability of a rear ARB for road use, and whether to look at 16mm specifically?

We went for 16mm to start and the result was perfect for fast road use, so we didn’t try with other sizes.