I’ve always liked Daihatsus, in fact I wanted a L200 Mira for my first car, however I shied away from the idea in favour of buying a neat R31 Skyline.

Fast forward to 2019, I drove my mate to look at a Gino converted Cuore which he wound up buying. The car was pretty cool, and after having a drive of his I could definitely understand the attraction.

A few months later I was scrolling on Facebook Marketplace and came across an extremely cheap manual L700 with a little bit of rego in Sydney’s Inner West. I messaged the seller and looked at the car the next day. It had about 104,000km on the clock and was pretty well kept other than a door ding on the driver’s side. I was pretty chuffed. I closed a deal and began the journey home.

Some photos from when I got it: 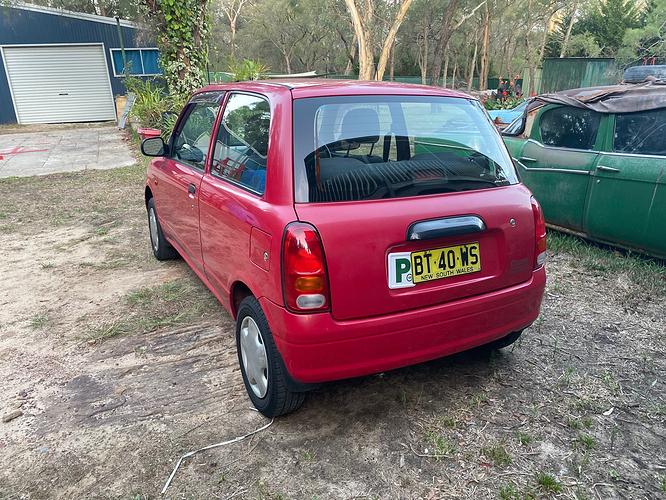 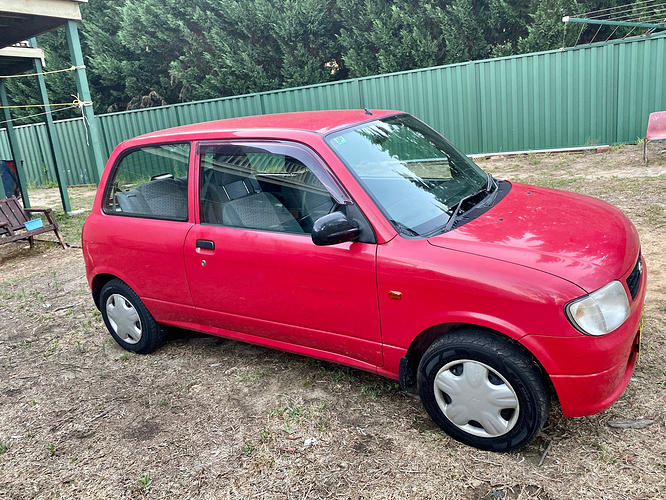 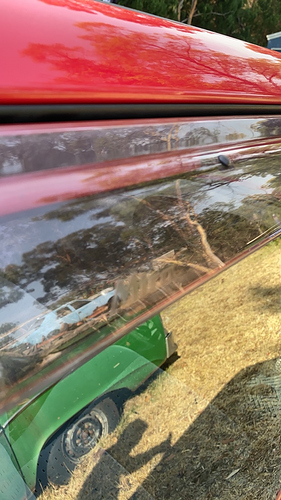 image720×1280 344 KB
Hubcap delete was in order, so was the inaugural Mighty Car Mods sticker. Interestingly there was already a Royal Nasho MCM sticker on the rear glass. 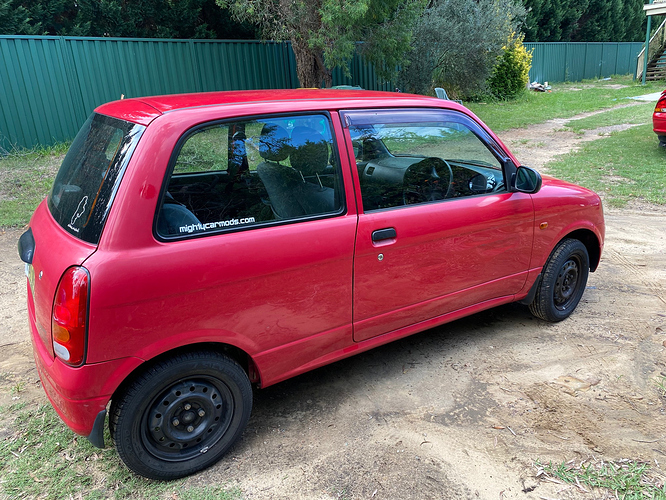 My L7 and my mates Gino 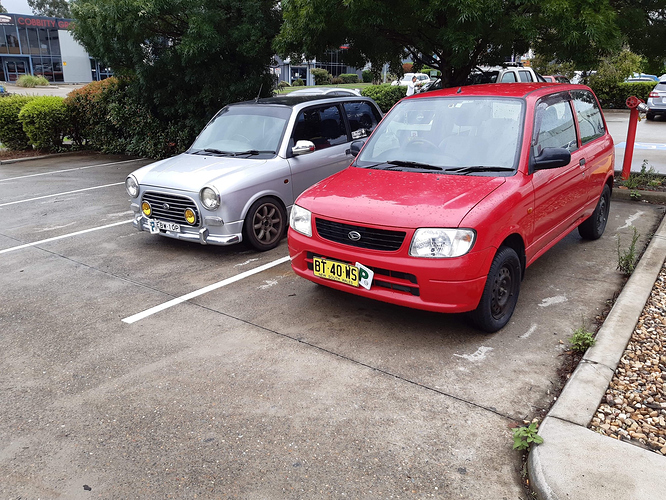 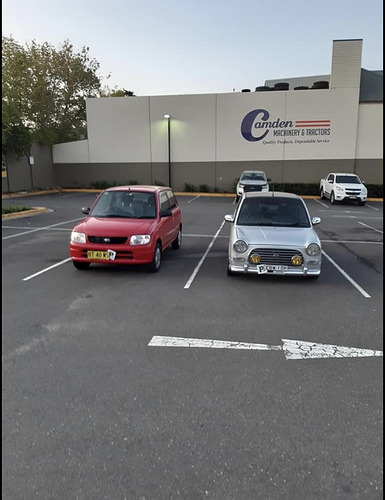 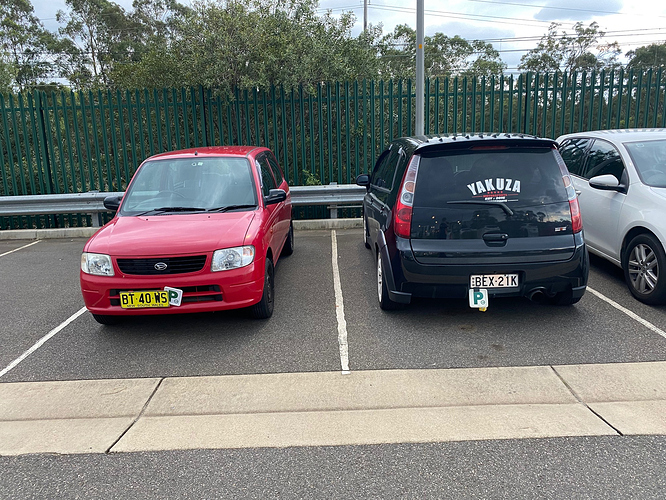 The previous owner had attempted to give the car a bit of a polish before I inspected it, however it left a lot to be desired. Really evident swirls absolutely everywhere and some pretty decent fading. Decided to give the car a once over with a buffer using some compound and wax and it came up a treat. Unfortunately as it’s my daily, it sits outside in the elements, and being 20 y.o single stage paint it really needs to be maintained to keep it looking it’s best. I’m hoping to finish off a carport soon to keep the car undercover. Wish I had some more time lol.

My birthday also rolled around and as fate had it the Mooneyes hubcaps I ordered turned up on the day. Quickly got those fitted and grabbed a quick happy snap. 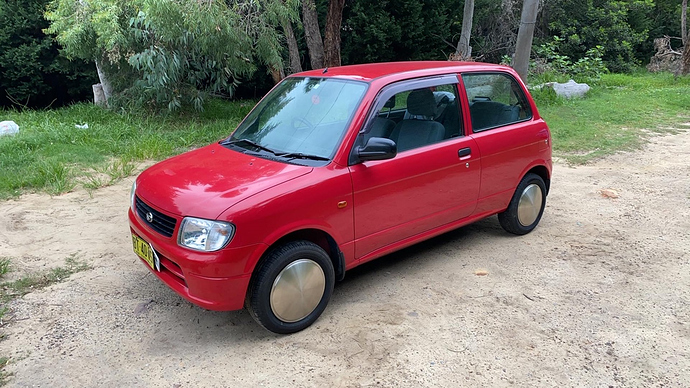 You don’t realise just how small these cars are till you park them. 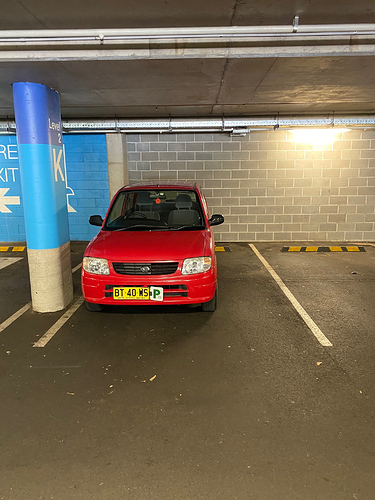 I desperately needed to sort the stock height. The body roll was quite horrific and I figured lowering the car was a good way to mitigate this. Plus it looks cool

Got some IMP (Improve) Malaysian coilovers which looked the part off Facebook and put the rears in.

Big improvement already but could probably tweak it to be a tad softer and a little lower.

I threw the fronts in the next day, but ran out of light while learning about coilovers (first set i’ve fitted!). Height is a bit silly for daily duties so will have to raise the front a bit tomorrow. 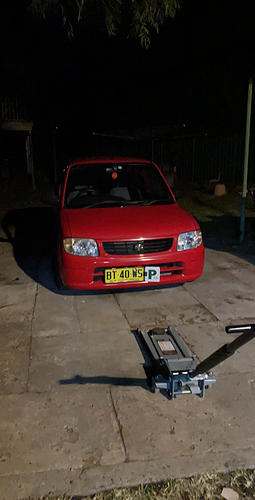 well the Moon Eyyes definitely look different, I like them

After a bit of playing around I managed to get the rear set up pretty nicely, much less stiff. Went for a drive and all seemed well until there’s a bit of extra weight in the passenger side. Scrub city.
Going to raise it because i’d rather leave the guards as is. 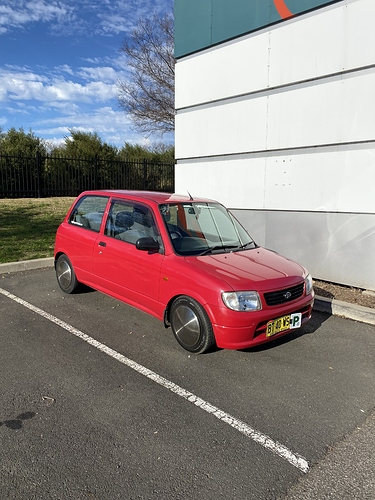 Are there any off the shelf camber tops you can get for these cars?

I dont know about any bolt ons, i would be very interested.
I use camberbolts on my car, they dont do allot, just about 1° of camber. I use them to get rid of excess camber but they will work just aswell in the other direction!

Sweet!
The mooneyes are the unexpected little touch that just works.

How are the IMP coilovers? Not sure if they’d fit my Trevis but the price looks tempting.

Camber bolts seem like they’re worth a try. Nolathane in Australia make some for the L200 so will need to make some phone calls to figure out what’s going to suit.

So far so good with the IMP, they have quite a decent ride quality in the front and rear. A little bouncy in the front, but could be stiffened up. They are quite a soft and forgiving coilover compared to some other cheaper brands, but definitely seem to be reasonable quality. Wouldn’t hesitate to recommend for the $$.

I raised the front a tad so I can drive the car around comfortably until I sort some camber. Gave the car a well needed wash as well. 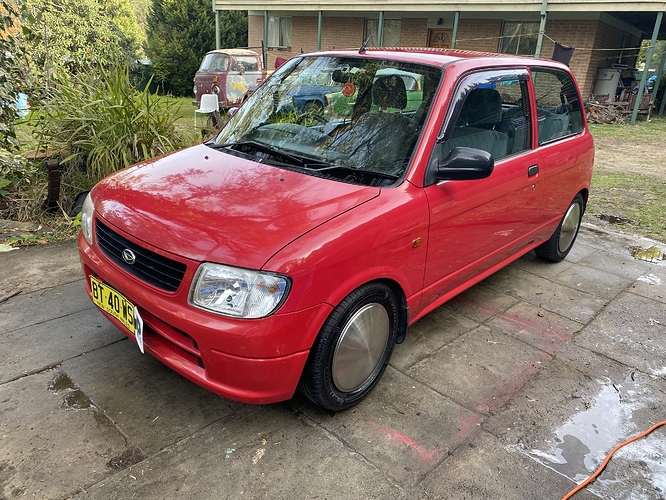 Prior to recieving my suspension, I also installed a Sony carplay unit which I pulled out of my previous daily, as well as some Mooneyes floor mats to match the hubcaps.

Sorted out my missing aerial with a mini Aerpro one from Supercheap too. 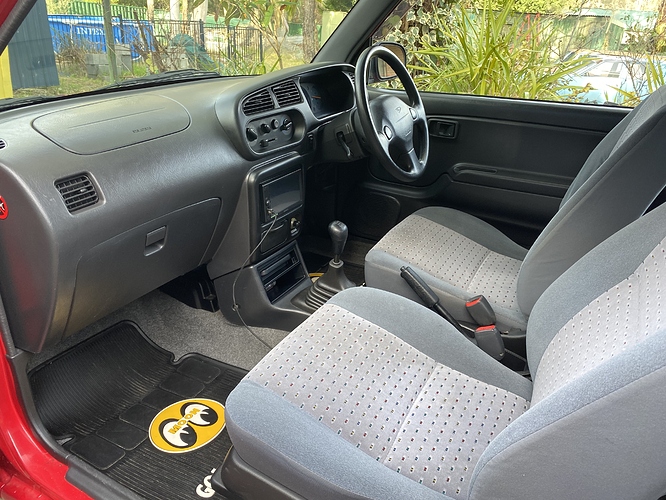