So towards the end of last year I decided I was going to sell either my swift or my move as I needed to move house and move into a house with less garage space and parking space.

So the move sold and I kept and regoed the swift for 12 months.

I ended up some how receiving an L200 which will get its own build thread and just recently The Mrs and I got a YRV for a cheap price.

I originally looked at it as a cheap 1.3 k3ve power plant until I saw pictures and took it for a test drive.
It does have a few little issues like using oil as many neglected k3 engines do but not as bad as some of them and the synchro’s in 2nd are pretty stuffed so unless you granny shift really carefully it crunches.

We decided to grab it and are currently getting the few bits and pieces we are needing to put it through a RWC and some other bits that are needed too.

The plans for this is to put it on the road and put 12 months rego and see how it goes and put my swift on classic rego as there is no way we could afford 3 rego’s.

ok the parts We have had to get so far are.

Tyres - We got some toyota prius mags with great tread and have just finished putting those on.
tail light and brake globes as well as parker’s
Rear wiper arm and refill for it - 2005 suzuki swift one fit no probs
We also have a glovebox on the way as our latch wasnt working and it wouldn’t close.
The only other thing I need to do is give the engine bay a clean. It hasnt got any leaks but its rather filthy.

Ok here is the pics 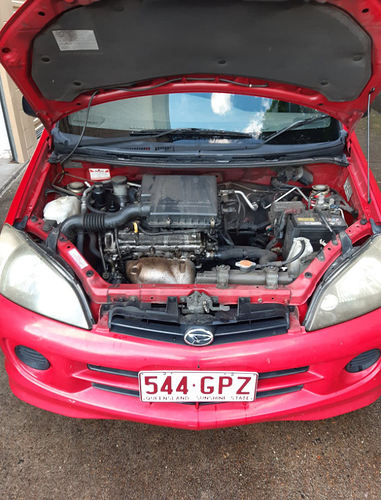 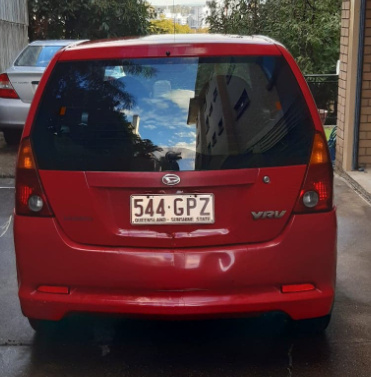 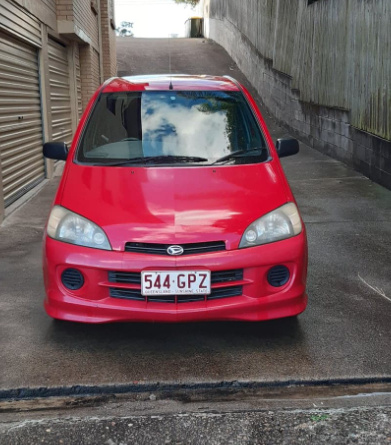 and after the prius wheels have been put on. 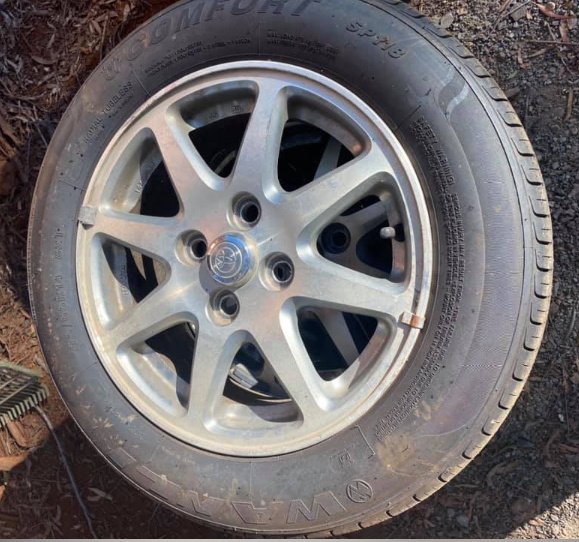 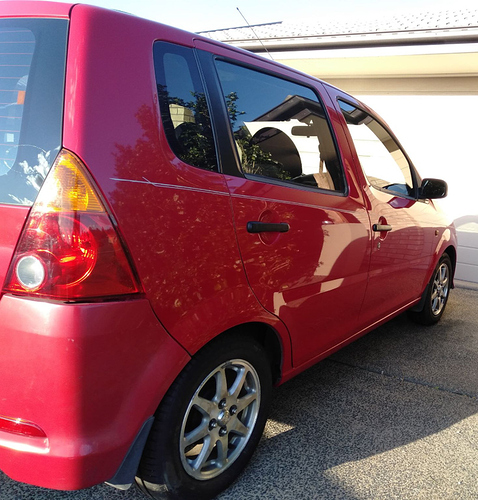 Looks pretty good Mr Evil. The YRVs are an interesting looking car, i actually keep forgetting about them.
Is that the standard front bar? It looks more aggressive than I remember them being.

yeh standard front bar nothing aftermarket except the cd player. they actually have some cool features with seats etc over sirion and L7 etc. I guess it was at the time that alot of these style cars were all competing. I dont know why the yrv was so overlooked as a good competitor for most but I guess cars like getz and jazz etc were more common. especially with dais leaving australia I guess

Mine is in bits (I bought it about three years ago as a project), and I keep finding rust patches, dents, dings and bad paint jobs. It’s been through quite a few winters in Wales before I got hold of it. I hope to get it back together soon. I feel I ought to post a few pictures on here, but I am new to forums, and not sure how best to go about it.

start a build thread, pics can be uploaded direct to forum from your computer

possibly because they look more like a minivan similar to the mitsi nimbus etc?? plus Daihatsu didn’t really advertise much in the later stages before they quit the country, never recaled these and honestly thought the first one i saw was an import

We obtained rwc and 12 months rego as of yesterday and had a good drive of the yrv and I absolutely love it. Not in a performance car way but as a nice comfy ride that is great for daily duties with more space than most other dais.
It has its quirks and now will be the test to see how much oil it uses but its not blowing smoke that I can see so i suspect the old owner may have over think its heaps when it isnt that much. Time will tell I guess.
Also just having elecric windows power steering and aircon and being a smaller car is great! 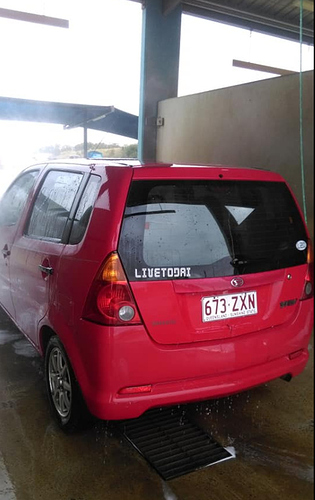 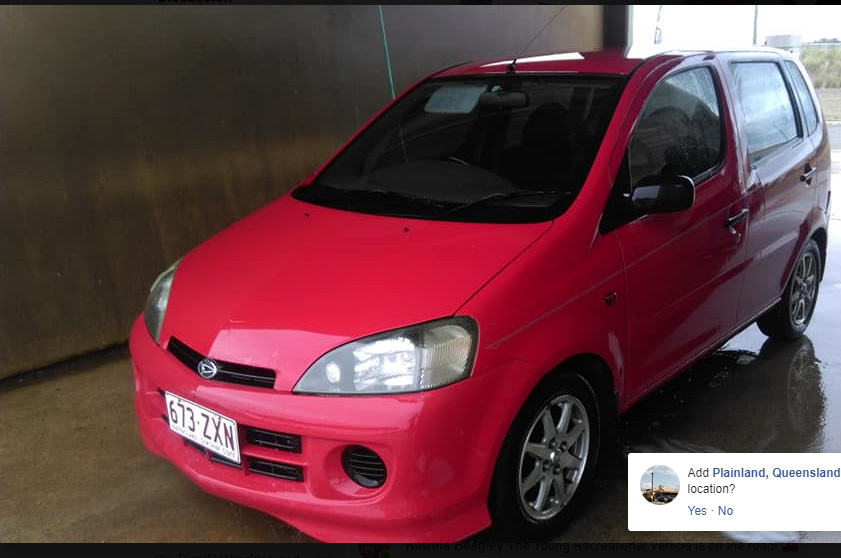 My Sirion didn’t blow any smoke that I noticed while driving, didn’t see it until I watched the trackday video. I did used to go through oil, but not at a rapid pace. I would have to top it up every 5-6 months of daily driving.

thats what I am hoping with this

so as Time goes buy I work out it is using quite a bit of oil but really speaking I have no plans of taking it apart unless I have to and will just keep the oil upkeep. I did get the aircon regassed as it is coming up to summer hot season and didnt want to revert driving the commodore around when its hot.

The aircon guy said oh you saw this? and pointed to the radiator leaking. It just looked like it needed an extra crimp on the top tank. the aircon was being re-gassed and the aircon guy said he would give me a hand for a sec.
That was fine until the t piece to the engine and the heater pipe exploded all over us. We were both fine but coolant tastes terrible.
Aircon guy had another job on so he made his escape while he could.

Now I am a terrible hoarder of parts. I knew I had another “t” piece so that was fine. I started to take off the hose from the radiator and well the top tank was so brittle half the top tank came off b4 the hose even moved.

Now I did say I am a terrible hoarder did I not? I had been hanging onto a sirion gtvi radiator with a hole in the middle for about 2 years. Just so happens the top tank was fine and the same as the yrv.
So long boring story short I changed the top tank of the yrv radiator with the top tank of the sirion rad and found the hoses and t pieces I had and got it all back together and saved having to buy another radiator and have the car off the road for a week or so while it was delivered.

How lucky was that!

some small updates with the YRV but fairly uneventful also. It is still going fine aircon isn’t the best in it even after regas but its better than no aircon.
Had to get a new battery a few months back it died on me in a shopping center and could not get it to roll fast enough on my own to start it thankfully there was a couple of people that helped me get it up to speed and I managed to get it home which was 40 mins away.

The latest thing is it is still using oil and took it on a couple of long drives for family events. Wit this I work out it is using a rough ratio 0f 1 to 300k PL of oil. This was a lot of highway driving at 100 and 110km’s. It seems a little better around town though.
I decided that I would do an upper cylinder clean on it and chose a nulon product to do it this time over the 3 bond I did nearly a year ago.
I did that and all went fine but after I also decided to put some ATF in the cylinders and give the engine a turn by hand every few hours. Currently, it has been about 18 hrs and I will go back out through out the day today and do the same again and put in a little more at if needed.
Tomorrow I will clear as much of the ATF out as I can, put it all back together and see how it goes I do expect there to be a lot of smoke blowing out for a little bit but hopefully, it clears up and the rings free up a little.

I will update on how it goes.

Got it all back together this morning and started the car and my god the smoke screen on the bat mobile has nothing on how much smoke came out of the exhaust. It still hasnt stopped smoking . I will take it on a run out of town later this arvo to get rid of some of what looks like a cheech and chong movie seen.

The kero-in-the-cylinders that i used created a lot that i hoped the neighbours thought i was murdering something on the BBQ and not that the shed was on fire!

I feel it’s one of those hit-and-miss type deals, in certain circumstances it will work / might work and in others it won’t. At the end of the day it’s “something” and not terribly expensive or time consuming to try, with relatively minimal risk, so why not!

Fingers crossed it helps a bit!

Well I took it for a drive and besides atf getting in the ac bearing and it making a squeaking noise which I have now fixed with some Boston (better and cheaper than wd40).

So I had to go through the back of the neighbourhood to get out to the place where I wanted to give it a gut full and get rid of the smoke. Normally I would just drive down the main road to get there but not this time.
It was bellowing smoke out and leaving trails like I have not seen before. There was an old guy on side of road watching and his face was a look of horror as I’m sure he thought the engine was toast.

Once out to my old “test track” I gave a it a good thrashing up and then back and then cruised back home and now no smoke. Once it cools down I will check the oil and make sure it is full and keep an eye on it to see if it has made any difference.

@TPG I have heard of kero before and also diesel and atf also. I decided to go with atf this time as I had none here and I do like to keep a little bit around ioncase my commodore needs a top up etc. I didn’t want to use diesel as I have soaked things in diesel in the past to clean and I really hate the smell of diesel and found it didn’t do to well. Otherwise, the kero would have been my next pick to try.

Ah, I see it is unexpected-YRV-daily-runabout-time this year around

wow that’s nice in that colour.