Hi peeps, time for those brains to get to work 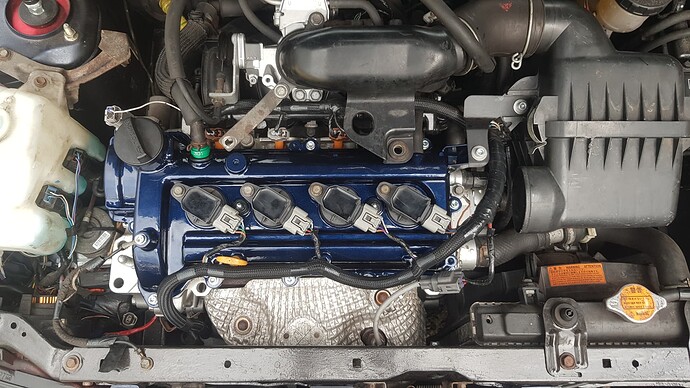 Last week I installed my new valve cover, which came from a Yaris (the ones from a 2SZ are way cleaner than from a K3/3SZ). This meant I also had to use the Yaris coils. Not an issue, because they use the same plugs and pinout. Before I swapped valve covers, I tested one of the coils to see if it would run differently, but it ran fine.

After the installation, I drove home and the check engine light started to flash (so it wasn’t just on, it was blinking). I used my scanner to see what’s what, and it said it was misfiring on all 4 cylinders. Believe me when I say it ran perfectly and didn’t stutter once! Because of this, I just drove home.

Someone told me that driving with this problem might fry the coils or the ECU itself, and obviously I don’t want that to happen. The question now however is: what should I do? I’m going to install my standalone at some point which should get rid of the problem anyway, but that won’t be soon. Other than that, the old coils don’t fit on this valve cover very well. 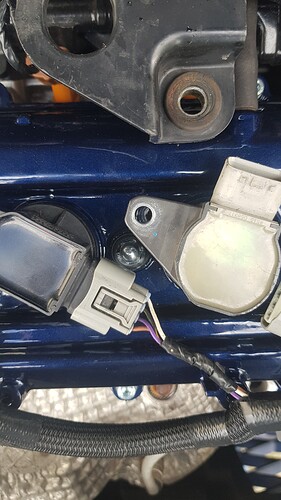 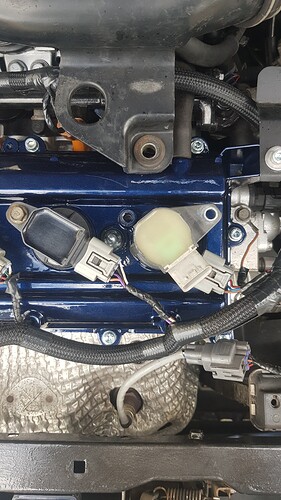 Maybe I can make a little bracket to make old coils fit, but it won’t be pretty. Going back to the old valve cover is my last option, but I’d rather not do that. Also worth mentioning is that there are no ground points on this valve cover like they are on the 3SZ cover, so I moved the sensor grounds to the head. I don’t think it’s an issue since everything works fine and no other (sensor related) fault codes appeared.

Hopefully someone can help me out!

Are you sure that you didnt damaged any of the vacuum lines or cables during the replacement of the cover? I got a similar problem when I changed mine but it turned out just to be a cracked vacuum line.

Only advice I can give, is I once put the wrong spark plugs into a k3ve2 and had a similar issue. I don’t really recall why they were wrong, maybe wrong heat range or something?

On a 4 wire ign coil one of the wires tells the ECU that the coil is firing, if it detects a problem then you get a fault code, the other wires are power, ground and signal.
Since it starts and runs then I suspect that there is a problem with the IGF (F is for fail) wiring which should be pin 3 closest to the power wire, its only purpose is to tell you that there is a problem so just disconnecting it will stop the light flashing, if you fit an aftermarket ECU that wire isn’t connected so there is no harm in disconnecting it.
You should be able to pull the pin out of the plug rather than cutting the wires.

Thanks! That’s good to know. I never really knew what the exact fuction of that pin was, but I suspected it was something like that.

I tested the old coils with the new valve cover, and the problem went away (predictably), so it’s definitely a problem inside the coils, not a ground problem or something like that. Because I don’t feel like driving with some temporary sketchy solution, I decided to put the old valve cover back. I’ll put the new one back on once the standalone is in.

Thanks for your replies!

By “standalone” I assume you mean aftermarket ECU?
If so and you haven’t already purchased an ECU then I recommend before purchase you ask the supplier if they can supply a firmware file and map for your car/engine.
When I fitted the EJ-DE into my son’s L500 we had a problem with the immobiliser so he purchased a Haltech, in the supplied files there was no way to setup the “trigger” for the ignition so Haltech found a firmware and sent it to us to install which then got the engine running, with a laptop plugged in that was connected to wifi Haltech was able to connect to our ECU and do a basic “tune” good enough to start and drive the car, they were extremely helpful and having them being able to directly access the ECU and get it sorted made a huge difference.
It has since been tuned on a dyno by a Haltech dealer and it now makes more HP at the wheels than claimed for the engine at the flywheel, not cheap but it runs perfectly and makes very good power.