G’day! My name is Jason, & I live in the NSW Central Coast. I’ve just read Mr Gormsby, suggest to another person, that he should introduce himself etc, before coming on here shooting off questions “Willy Nilly”.

Well, seeing that I am guilty of doing just the same thing, I’d thought I’d better rectify that.

I’m, Ummmm… More mature than most of you (52 years old) & most of that has been spent fixing cars. I’ve been a mechanic all my working life & and have had my own mechanical workshop here on the Central coast since 1990. I’m unlike most mechanics in the fact that I love what I do & “play” cars in my spare time.

I have strange tastes in cars, specifically, I’m attracted to “orphans” or anything different.

My Sirion just happened. I bought the car for nearly nothing to steal the drive train out of for one of my other cars (MG Metro… You’ll have to google it), but fell in love with the “can do” character of the Sirion. I realise that the Sirion is only regarded as a “parts donor car” to most of you, but the Sirion is top of the tree for me.

I’ve now inherited another two parts cars & and have been busy “making it mine.” (the original one, that is)
My plan’s with it, is to just make it a better car. I’m not into racing, or motorsports, but I really enjoy driving a nice car… (I know, most of you are saying, then what are you doing with a Sirion?? ). It presses my buttons & has lots of potential.
Unlike most of you, I’m actually ADDING sound proofing to it, making it quieter & smoother, tinted windows, remote central locking, double din stereo, better speakers, alloy wheels, air cond etc… SEE, I told you I’m a strange one!
I’d like to alter the driving position… Seats are too high, and I’d like to lower it slightly, but without making it harder to ride in… Old man Gormsby has done some cool mods with his L200 front spring seats, so that’s got me thinking, so you see… I guess I just like mucking around with cars, making them better, & a lot of trial & error… Or maybe I just like polishing a turd!

I think you’ll find a couple of reviews on my part of Sirions here. You’ll find that myself and most other really like them. They are incredible value and a great car in their own right (even if they get used as donar cars at times). Time and again the only criticism I’ve had is that the driving position is to high and, for me needs to be 50mm lower.

A few of us are into motorsport. But from the pragmatic approach to cars that you have talked about, I can see that you will fit in really well. “Making better…and…a lot of trial and error” tells me that you are, already one of us.

Welcome to L2D, happy to see a new face around here and remember. Look forward to hearing your tales.

Nothing wrong with 52 mate. I’m a mechanic and work with my dad and he’s 64 and I still give him first drive of anything we build. He can’t wait to test and drive anything we do. All my mates laugh because he gets more excited than we do! Lol.
Welcome. Hope I can help out if I can.

welcome to the forum Then there’s this… I talked earlier about “polishing a turd” Welcome to the forum, Nice MG and Wow, A Leyland Marina, Very Cool

Just out of school I had a Mini Clubman and played with the A series a bit. in fact the first head I ever modified was that 1100cc where I attempted to copy as close as possible everything David Vizard said should be done and upped the SU to 1 1/2" and ran some LCB headers. All that livened it up, but your Megasquirt is masterclass.

Oh, I’ll wash the Sirion & put his new number plate frames on today, then post a few piccies of the happy little guy!

Thanks, it’s all about learning & trying new things… The only trouble with that is the more you learn, you then realise how little you actually know!

Yes. Beware the self proclaimed expert. Let a person’s works speak for them. 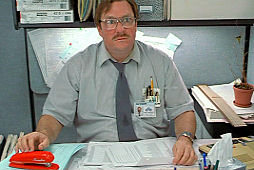 Unskilled and Unaware of It

When asked, most individuals will describe themselves as better-than-average in areas such as leadership, social skills, written expression, or just about

Welcome - and good to see another Jason doing Megasquirt ECU’s on the forum.

I have been polishing my G102 for 10 years (and not the paint either) - and like you have learned plenty along the way and thoroughly enjoyed doing it.

Welcome to the forum. My Sirion GTVi isn’t the favourite Sirion I have owned but I do enjoy getting the engine on song in the hills. Good to see a variety of cars rather than people who just drive Nissans, Holdens, and Fords.

Is it a GTvi Sirion? K3VE2 or EJ DE? The GTvi seats are SUPER comfy!

Thanks for the welcome!.. If the GTVI isn’t your favourite Sirion, do you have one??

Hey there! Thanks for the welcome!

No, my Sirion is only a Povvo pack… I wanted the EJ engine, as I really love the three cylinder engine note, so no GTVI for me! Being a poverty pack, it also has the shitty seats, but I’ll fix that in time… I’ll keep everyone posted.