I am punk3000 from holland and i am a proud owner of a g200 charade .
Bought it in april 2019 and wasnt planning on making modfications…
So the first modifications

were a shitload of audio: a pioneer radio and a jbl 6 channel amp, jbl 3 way composet in the front and some jbl 3 way speakers in the back and a 12 inch jbl sub in the boot.
The pioneer recently got replaced by a alpine radio.
After that i put in two seats of a sirion 1.3s.
Took some modification and welding to get them in, we used a mix of charade and sirion parts to get it to fit.
Because i drive like 40-45k a year, i wanted to have beter seats.
Drove around like this for a while and was sure not to change anything else anymore.
So i found a speedo with a rev counter for cheap, so that came in as well.
Had the rear shocks repaced by some new ones, which made it handle a lot better.
So i thought: lets get new front shocks as well.
when you are at it, you better do it well, so some 3 cm lowering springs were ordered as well, springs and shocks are lying around to replace the old shocks and springs in time.
Because the “not going to modify” decision was tossed out the window, i was starting to get a better idea of what i wanted to do with my charade.
Found out that the 1.6 gran move engine is plug and play in the charade and the gran moves brakes are a nice upgrade, so i am starting to look around for a gran move for parts.
It is going to take a lot of time and i am in no hurry.
Got some new rims recently and now my charade is rolling on 14s instead of he 13s. 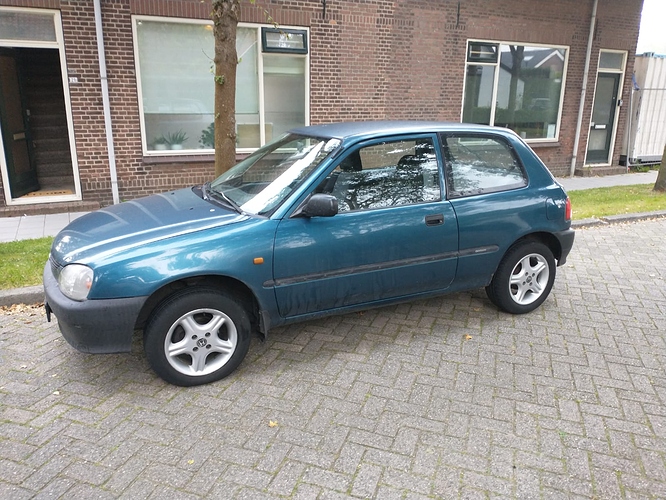 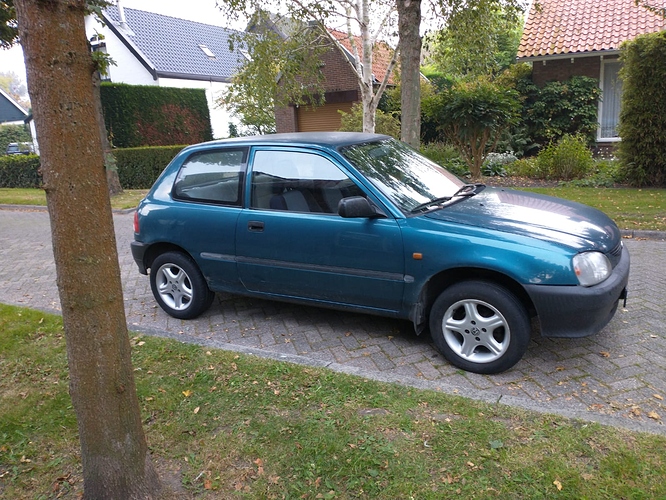 TheDutchGuy, who has put an sirion engine into his cuore, sold me another sirion front seat.

The foam on this one is a lot firmer than my current one, which was giving me backpain.
Today i took both my driver seats apart and swapped the part you mount the seat to the floor with. (dont know the english term) 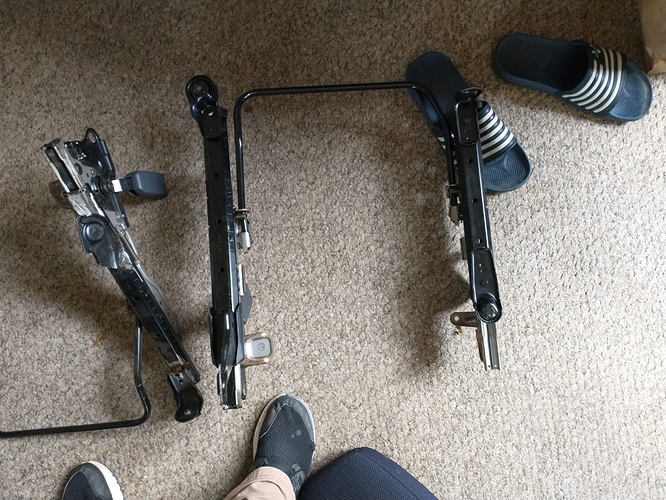 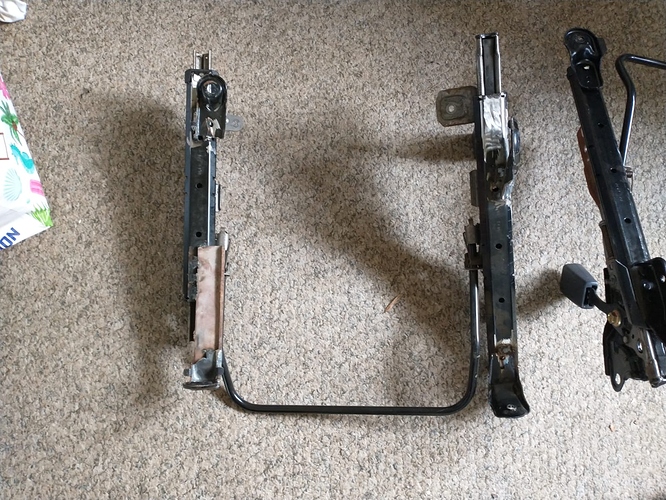 I’ll be waiting for more updates from you!

Im in a sort of dutch L7 owners club, we have some small dai meetings or bbq’s sometimes, so if you ever want to meet up or join our (really fun, maybe slightly chaotic) group you’re more then welcome! Just send me a message.

Nice looking Charade mate!
Its funny how the not going to modify bug get thrown out the window. Good luck with your hunt of a gran move. I believe they are named a Pyzar over here but if I am wrong Im sur someone will correct me, which is always good.

b4b99be3-0b35-4914-9534-7956bceadd35751×1600 102 KB
It had 2 owners, (if you count the dealers, it had 5 owners) one had it for about 11/12 years and the other one around 9 years.
I mailed the car dealer saying i was interested in it, but wanted to know if we could talk about the price and if he would accept a down payment of 150 and the rest with my next salary in 2 weeks and the other one 4 weeks later.
He gave me a call pretty fast and was ok with the downpayment and paying the rest in 2 times and was willing to talk about the price.
So i made an appointment to have a look.
i wanted to go for a drive, to see how many rpm the engine makes @ around 100 km/h, it was like 300 rpm less than the charade, so thats nice for highway cruising.
BUT THEN!!!

The car salesman didnt close the bonnet properly and the flipping thing opened up @ around 100 km/h and hit the windscreen.
So it scared the bejesus out of me, went to the side of the road, slammed the bonnet shut for like 5 times and ended up dropping my not so small ass on it, to force it shut.
Got in the car again and drove back to the car dealer and told him what had happened.
I asked him if we could have a sit and talk about some things (i meant the price obviously)
I told him: are we going to have a lot of talking and beating around the bush or do you want me to get to the point instantly?
Which he wanted, so i made him an offer of 350.
He said he wanted to go down to 500 at first, but now with the bonnet being wrecked he couldnt sell the car anymore,
I said: well, you could have a look at the wreckers for a bonnet? ( as if he would find one, because applauses are pretty much nowhere to be found)
So i told him 400 was my last bid, only it could maybe be 3 months to be able to pay him the rest.
And he was ok with it!!!
We shook hands on it, i made a down payment of 150, got a reciept for it.
On it was the total price of 400 and a mention i was to pay the rest later

The enginebay looks pretty nice and dry, you see the sticker mentioning the distribution belt being replaced 2 years ago.
It also had a pretty new clutch

as you can see the front seats and backseat still look pretty nice, so when i strip the car of its engine and gearbox en everything else i need ( injectors, throttle body ecu, etc etc) i am hopefull i can sell a few bits for some cash.
I really liked the armrest, so i am going to have a look if it is possible to fit it to the charade.

So, that was my way too long of an update, but it was such a weird day, which cost me 3 years of my life and my heart going @ 230 bm for an half an hour, that i thought it was worth it.
But ended up being a owner (to be) of a 129k applause, with new distribution and clutch for like dirtcheap money

Sorry for the long post, but there arent many people open to some crazy daihatsu stories, so there you go

have a nice day, bye

wow what a crazy day. Brakes will definitely be an upgrade check to see if you have the rear disc or rear drum. If it is the rear drum do a measure up to see if bigger. If disc it is an upgrade but a lot of people have trouble with the handbrake being horrible after the install. as for anything else engine and gearbox should fit not sure on anything else. It has been years since I had an applause or a chrarade.

Ok, now is the time for me to gather some info.
I have found out some stuff and i want to see if you agree or please correct me.
So when i start the swap, i run in to as less problems possible.
First of all: the driveshafts of my charade with a manual presumably arent going to fit the applause gearbox, so i would need driveshafts of an charade with an automatic gearbox???
The inlet of the 1st model applause is supposed to be a somewhat less restrictive one than the 2nd model ones???
The 1.3 head is a better head than the 1.6?? supposedly because the channels are better? (inlet or exhaust channels? dont know which)
I am not planning on making a racer, so i dont need to get like 150 bhp, but by using the 1.3 head and the 1st model inlet, i hope it would free up some horses and make it breathe a bit better?
It should be possible to leave in the cableloom of the charade and “just” take the 1.3 ecu out and replace it wth the 1.6 ecu?
And i read something about changing the placement of a sensor near the intake?
Sometimes i wish, i just had an vw, because there is a lot more info to find about them and a lot more easy to find

just a little update: a few weeks ago i bought a set of alloys to go on the charade.
It just had centercaps of an honda, so i ordered some new ones.
tried fitting them and they didnt fit .
So, took the easy way out 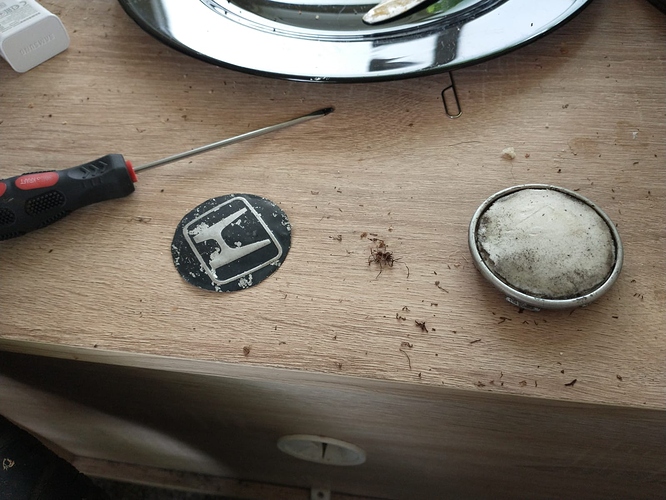 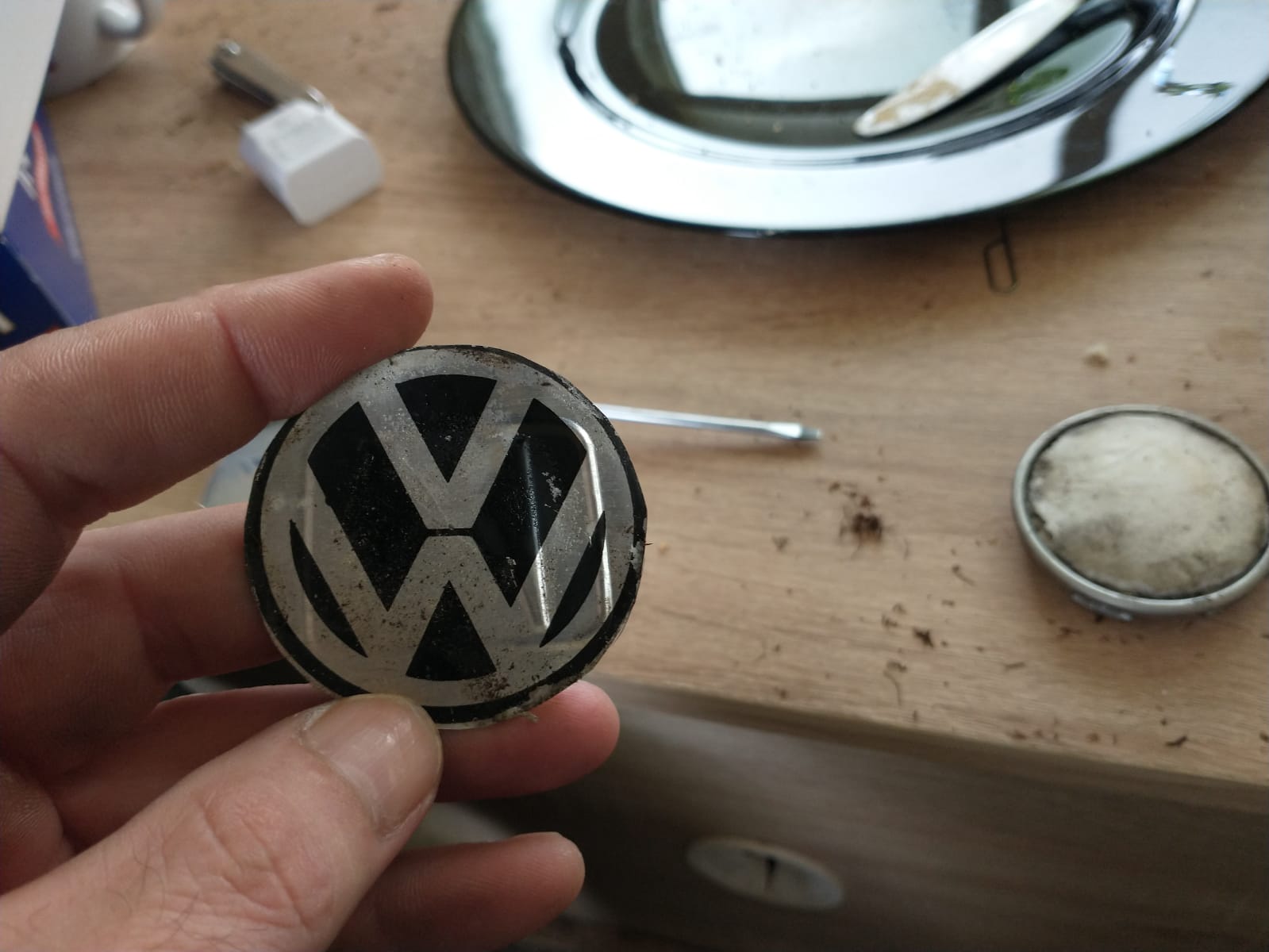 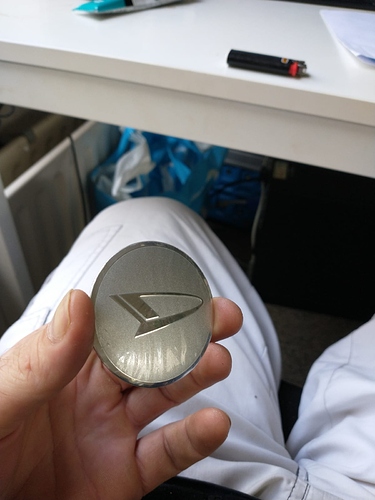 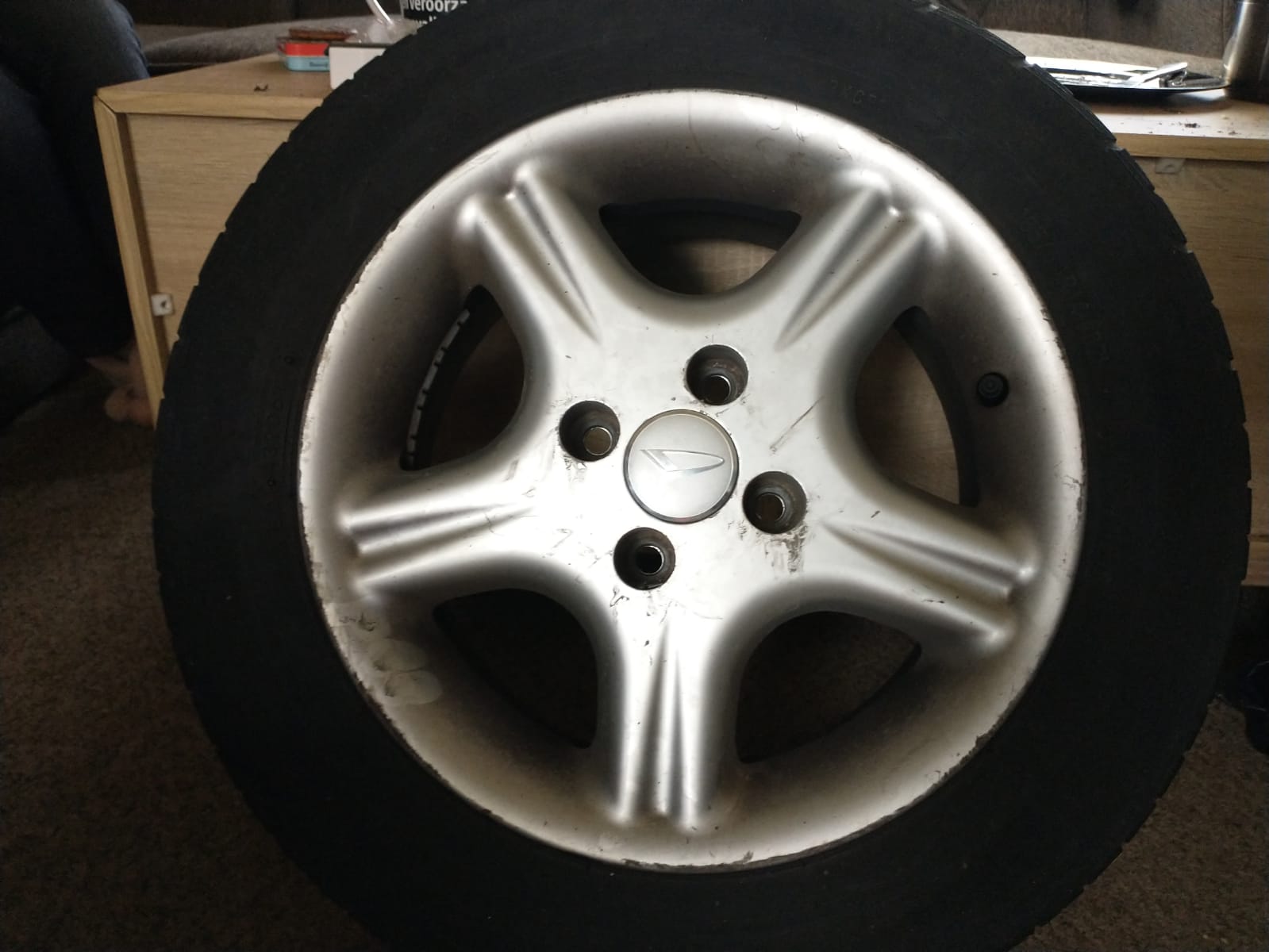 Noone was ever to notice the silly centeercaps but me, so i had to change it, ofc