Hi peeps, for those of you who haven’t met Tom yet: 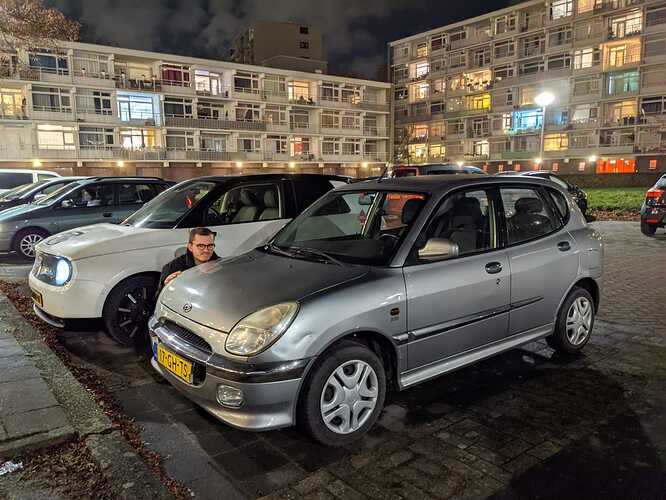 I got it for a good price, but also for a good reason. There are a few things that need attention, the most worrying being the water temperature. When I drove home, the needle wouldn’t get past a quarter of the gauge (I’m guessing 50/60°C). I bought a few parts to give the car a good service, and also a new thermostat. I replaced the thermostat today, and at first it looked like that did the trick. I went out for a test drive and gave it the beans, but then I saw the temperature dropping again. At idle (standing still) it’ll sit happily around 80/90°C (thermostat opens at 80°C) according to the OBDII scanner, which corresponds with the needle staying in the middle of the gauge. But when I start driving, it drops to around 70°C and stays there. Not terrible, but I’m not happy about it either. Any known issues with these models or engines? I don’t think it’s a faulty sensor btw.

k3 I’m guessing you already know to keep an eye on your oil level and an eye out for smoke due to the rings getting gummed up and stuck. Noisey timing chain when cold starting until they are warm. I presume that’S what it is with my yrv. It sound like a tractor first thing! lol

[quote=“Blyatsu, post:1, topic:3885”]…when I start driving, it drops to around 70°C and stay there…[/quote]Is this what your scanner reads out or are you guessing the temperature from what the guage reads out?
Is there a notable difference in heater output temperature between when the radiator fan switches on at idle and when you are driving? If no notable difference is to be noticed, either the temperature sender has gone out of calibration due to either technical fatigue or through calcium deposit build-up. It’s less likely that the temperature guage has gone out of calibration, although always possible.
Another possibility could be a new defective thermostat, depending on its country of origin.
If the sender is indeed covered with deposits, a coolant flush will be necessary. Once the cooling system is cleansed, it would be best to fill it with a mixture of coolant and either distilled- or rain water, because both cannot leave calcium deposits onto metal surfaces, unlike tap water. Especially if the water is hard [quote=“Blyatsu, post:1, topic:3885”]… Meet Tom the Wintercar[/quote]Driving Daihatsus as Winter cars is their death sentence. I would advise finding some ugly Renault Twingo or F.I.A.T. for Winter driving, instead

@evilhighway yes I am aware indeed! It seems to do well on oil, but I’m going to change the oil soon (within a few days) and keep an eye on it from that moment on just to be sure. This engine might suffer from a noisy chain as well, as it also rattles a bit when cold. However, if we’re talking tractor sounds, you should’ve heard the YRV I used as a donor for the Blyatsu. I still have to remove the head, but I think there was something wrong with one (or more) of the cylinders because it actually sounded lik a 1-pot

@Butch_Butcher 70°C is what the scanner read out when the needle was below the middle of the gauge (with ‘the middle’ being 80/90°C). I didn’t feel how warm the heater was, so that’s something I could try first.

When I was bleeding the system, you could tell the thermostat opened up when there were a few big bubbles coming out of the funnel. At that moment, the scanner was reading 80°C, which is what the thermostat should open at. I think that tells me that the thermostat is fine, and that the sensor still works like it should! I’ll probably do a coolant flush in the future, just to be safe.

And yes, Daihatsu’s are hydroscopic, I am aware of that. All my Daihatsu’s had rust issues

. However, this car would’ve been driven through winter anyway, and then sent to the wreckers afterwards. This way, all the good parts will be reused in other Daihatsu’s, and I don’t have to drive the Blyatsu in the winter. I think that’s the most we can get out of this car

To be honest, it’s a bit of a shitbox, but that’s okay!

Here’s a bit more about how I got the car

I fixed it, and you will not believe what the cause of the issue was

I bled the system again (twice), which didn’t work. Then I gave my engineering skills a shot, by blocking part of the grille so the wind couldn’t get to the engineblock (as much), which (in theory) should result in the engine keeping more of its heat.

I didn’t feel like going through the whole process of draining/filling/bleeding the entire cooling system again, but in the end, there was no other option than to check/change the thermostat again. I’d already checked the temp gauge and sensor by swapping gauge clusters and using thermal imaging, but both of them appeared to be working just fine.

@Roffelkut came by and gave me an OEM thermostat (which was very sweet of him), and so, last Sunday, I went to work with the help of a friend. 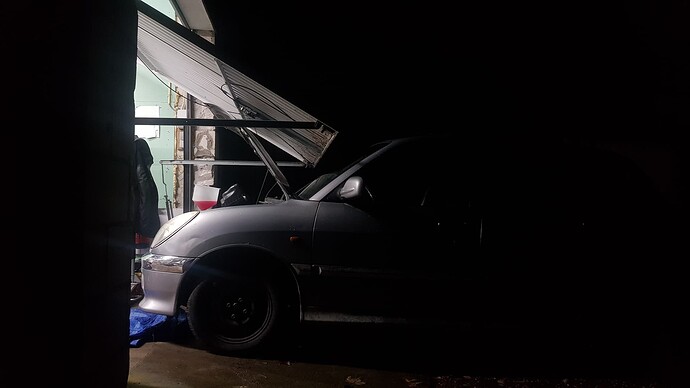 I drove home and well… nothing changed. Still running cold. By this time I felt like I wasn’t going to be able to fix it myself, and wanted to send the car off to a mechanic for diagnosis. That was a real bummer, since I bought this car so I can work on the Blyatsu without having to worry about any issues while driving. That night I dove back into the workshop manuals and Amayama to go over the entire cooling system once again, and then I noticed something. 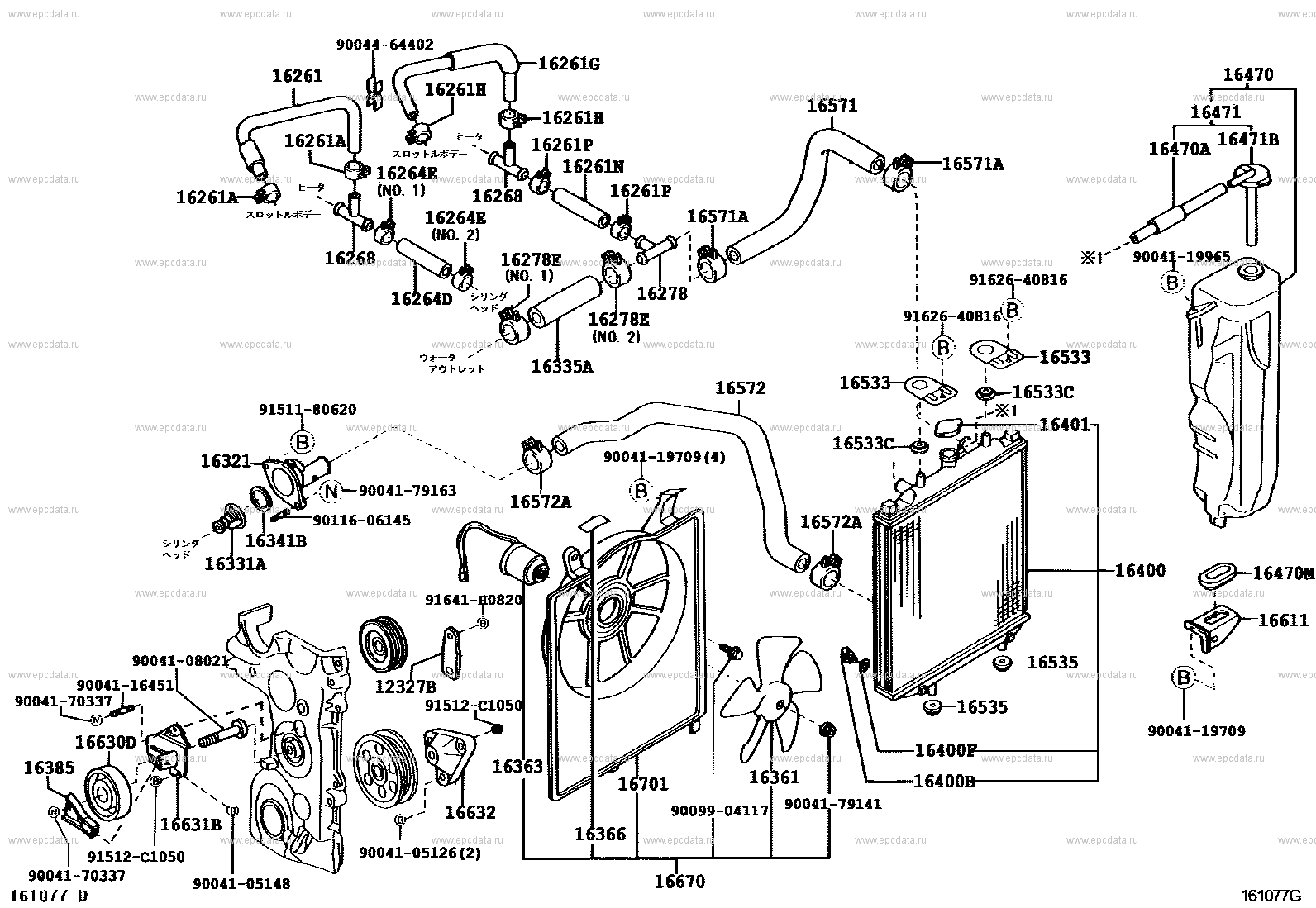 image1592×1099 54.3 KB
In the middle of this image, you can see the inlet hose running directly from the radiator to the thermostat housing.
When I saw this, I thought “Huh, that’s weird. Then why was it so difficult to pull off the coolant hose?”. It was difficult because the T-piece (for the heater and idle control) made it hard to manoeuvre the small piece of hose attached to the thermostat housing.

Wait, a T-piece on the inlet trajectory? That doesn’t make any sen- oh dear lord. The hoses were fitted the wrong way. I ran outside to see if this was true, and waddayaknow… 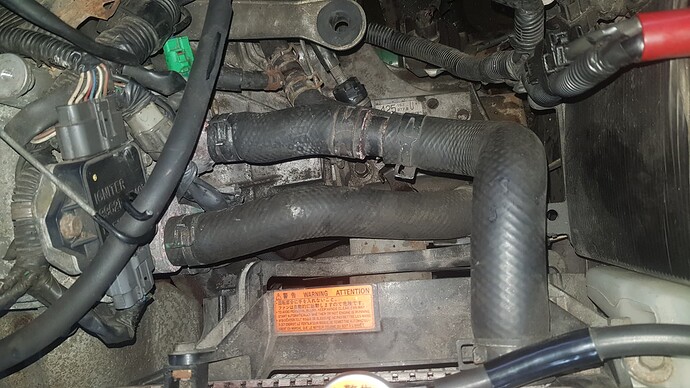 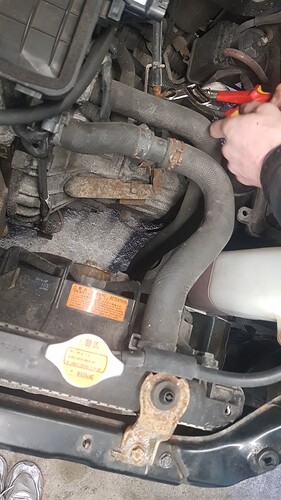 On Tuesday I drained/filled/bled the system again, and… 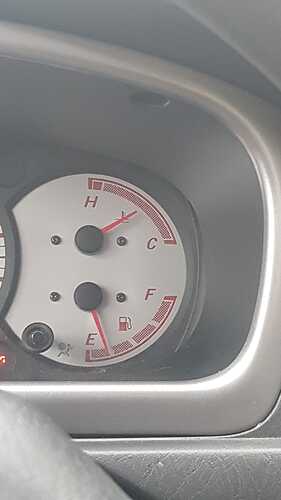 I was a little disappointed tho. In the fact that someone took off the hoses (wasn’t me btw), but wasn’t able to read a freaking temp gauge, and in myself for spending so much time fixating on the thermostat and overlooking something in-your-face as coolant hoses. On the other hand, if it was obvious, someone would’ve mentioned it, and it’s things like these from which you can learn and gain experience.

Now I can finally get back to work on the Blyatsu…

I have a cold-running K3 Sirion, and I was mucking about with the coolant hoses when i removed the engine. I’m going to check that some idiot (me) hasn’t refitted them backwards!

As weird as it may sound, I hope that is the issue! Because it’s an easy fix