Hi everyone! I’m Jan from Germany and a big Cuore fan since driving a Perodua Kancil during my semester abroad in Malaysia. I am trying to save an old Cuore L60, that was first registered in 1986.
I am an engineering student who has never seriously worked on cars before so this is a huge learning experience for me. It is super difficult to find parts over here, so I hope to find some help in this forum and to become a part of the community

About the car:
The Cuore only had 2 preivious owners. The second owner had it for 30 years but died a year ago. Last fall I bought it to save it from being scrapped, because there are barely any of those left. It only has driven 31k km in over 30 years and was mostly garaged, however it has some issues that keep it from passing TÜV inspection and being roadworthy again, namely:

All in all it is not looking too bad, if not for the fact that some parts are impossible to come by and my wrenching experience is quite limited. Still hope to learn and to be able to save it! 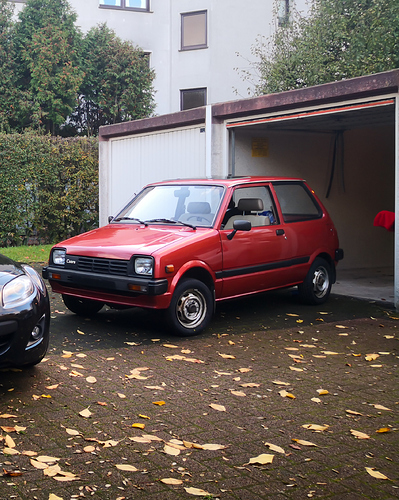 She looks great! so jealousssss

concernig strut topmounts, do you have any pictures? I may be able to help out.
hope to see this little nugget in real life one day, it’s gorgeous and such an inspiration!

Just checked your profile, I think I know your cars from Instagram, love the L80! Once the L60 is done I’d be happy to take it to meets and to NL!
I attatched a picture of the shot mount. 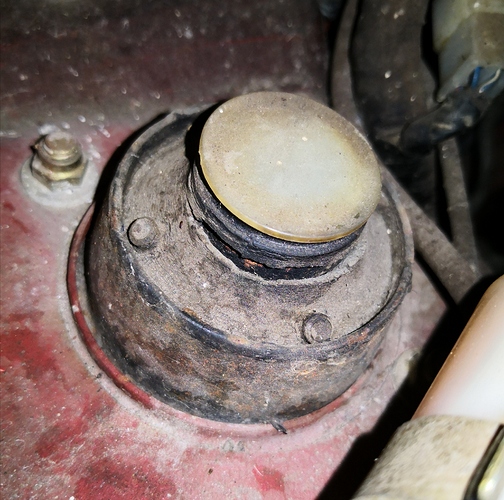 one of the first cars i bought was an '81 L55v, sucha brilliant little buzzbox even if mine was semi auto

Mine is my second car, I love the thing! And luckily it is a 4-speed manual

Welcome @autojan1! Nice to see both young and old here (you and your cuore) . Unfortunatly, I don’t think you will find stut mounts.

@autojan1 take a look at this:

It was time to clean the sub frame, the factory bushes are in excellent condition but I think it would be better to solid mount. [image] The new brakes pictured with the old. Looking forward to making these work with the HiJet struts. [image]

Thanks for your answers and advice @Ad.Prime !
I fear you could be right about that strut mount situation. The thing is, I intend to get it registered as a classic car here in Germany, which requires passing a pretty strict inspection by TÜV that assesses the condition and originality. I need to pass it to be exempt from being banned from “green zones” (I live in one) because of having no catalytic converter. That is why I try to source OEM L60 parts as much as possible, even if they might be used and hard to come by. Maybe I’ll be in luck and find some usable ones. Of course, if there is no way of getting any I will have no choice but try to adapt newer ones and hope it’ll fit and still pass.

Thanks for linking the crazy Handivan build by @DaleJeffree , that is some seriously impressive work! Unfortunately the approach of using Hijet struts does not really solve my problem, since bolting them in requires using the L55/L60 mounts.

Hi, you could try partsfan.com and do a part number cross reference. From my experience most daihatsu strut tops are the same dimensions. If the part is visually the Same In all manner and does not require modifications to fit the tüv inspection will be fine. Simply don’t mention they are for something else, just say they are new, the guy will take a look, and everything will be fine.

Hi Jan, have you seen this particular specimen yet?

Thanks for sending it. Yes I have, I’ve been in touch before with the seller, but I’m already getting a free parts car and the rust on this more than I can fix. If he decides to strip it for parts I’m on it

Hello, it is me again. After a very long exam session and busy time at work I finally found some free time to tackle one first thing on the Cuore.
The task of the day was changing the timing belt since the previous owners, who had it for 30 years did not remember if it ever had been done. Given the low mileage (32k km) it still being original was a possibility and something that made me feel uneasy each time I started it.

I have never done anything like this, so I was a little hesitant to attempt the job. But since the Cuore is my learning and project car for stuff exactly like this and I had a full day off, I decided to give it a shot. 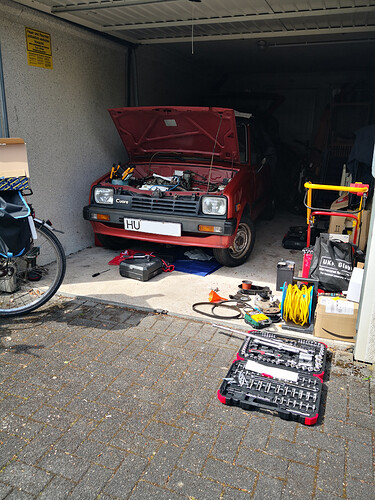 Scared little Cuore2976×3968 3.5 MB
Except for a few hiccups that are to be expected when doing a bunch of stuff for the first time, disassembly went smoothly, mostly due to the simplicity and small size of the AD-10 Engine and the factory repair manual I managed to get my hands on.

Once I got to the belt I noticed that the waterpump had been leaking. Originally I planned to leave the old one in place. But seeing this and already having a new waterpump at hand I decided to do things properly and swap that as well. This included draining the coolant, another first for me, and that too went without making a massive mess. After that I spent a good 10 minutes tugging on the pump and wondering why it would not come out, only to find out that I missed a hiden bolt on its lower side…
Once it was out I had to get rid of the remants of the 36-year-old paper gasket that has become one with the engine block and eventually I was able to throw the new pump and gasket on, clean things up and proceed with the belt and tensioner change.

...and in with the new!2976×3968 1.53 MB
After that I started buttoning everything up, which went well, except for being annoyed by the manual using kgm instead of Nm for torque specs. While at it I replaced the V-belt, since it was visibly cracked and deteriorated and looked like it could let go any moment.

Unfortunately I could not yet find out if everything is going to explode once I fire it back up, because I have no coolant around and will need to pick some up on monday. Any advice on how to properly do a coolant flush, refill and bleed the system in an L60 is highly appreciated!

Small update: It runs well and didn’t explode! Also no leaks from the freshly installed water pump. Yay!
I did a cooling system flush, but it was not really necessary because what came out was very clean. Filled it up with some Toyota red coolant mix, as @DaleJeffree kindly recommended.
With this the timing belt and cooling system is sorted, next thing on the list is an oil change and then I need to figure out a way to get the Cuore to and hopefully through TÜV inspection, to be able to register and finally drive it on the road.
To celebrate the small success of the day, here is a photo of the Cuore with the little plushy Cuore my girlfriend made 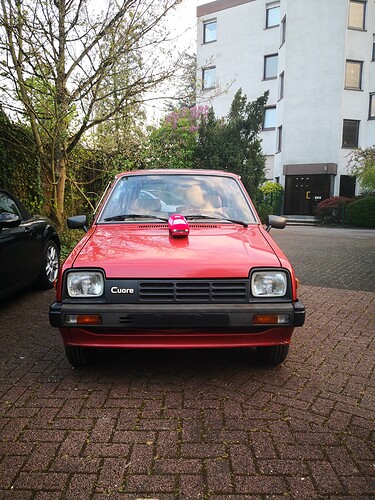 Update: A new challenge appeared. After running fine for some time, starting issues continued to get worse. Now I can crank all I want but to no avail. It does fire up on brake cleaner though, so it appears to be a fueling issue. I managed to rule out the fuel pump, it works just fine, so the carburetor seems to be the culprit.
Anyone out there with an idea how to get started on diagnosing? Are there any simple things to try on the carby before taking the whole thing out and apart for a clean?

Have a look at electrical connections going to the carb. There may be an “anti-run-on” solenoid. This shuts the engine down as a secondary way to stall the car. It is probably a single wire. Putting power to and removing power should make it go “click”. If not working remove the bass pin inside and it should go. Cars of this era would sometimes run-on when turned off, sort of dieseling and running on (I believe) because hot carbon build-up would ignite fuel.

If it is not that then the next thing to check is fuel pressure. You say the pump is going but is fuel getting through? Check the filter. If not that and fuel pressure is not “strong” it could be the gauze on the pickup inside tank.

Check those few things and let us know?